The Corsair Virtuoso RGB SE has the best build quality and uses the highest quality materials of any headset I have ever reviewed. The leatherette headband filled with memory foam is very comfortable and sits well on my head without causing discomfort. The swivels and hinges of the Virtuoso are all made of high quality metal and the headset is built to last. In addition to the build quality, Corsair has absolutely nailed the aesthetic of the Virtuoso RGB SE. The design of this headset is very attractive, with the circular metallic ear cups and subtle Corsair logo looking vastly different from so many of the plastic-heavy, angular design of typical gaming headsets. The Virtuoso sit firm on the head and have a decent amount of clamping force while remaining comfortable.

When it comes to sound quality, the Virtuoso RGB SE are tuned with the mid frequency more pronounced than the bass and highs. In fact, the Virtuoso are lacking in their bass output, even after tuning them with the Corsair iCUE software. Overall, the sound quality is good, with the entire sound range clear and refined, though the lacking bass may make this headset undesirable to some. The Virtuoso RGB SE have okay positional audio, but the 7.1 implementation through the iCUE software wasn’t something I found very useful for gaming and I ultimately found myself enjoying this headset in stereo mode, where it sounded best after a bit of EQ tuning. The Virtuoso EQ’s very well, so finding your favorite sound signature will just require a bit of tuning, just don’t expect much bass. There is a noticeable improvement in sound quality on both the output and microphone input when using the Virtuoso over USB versus wireless, as the available bandwidth increases substantially and the headset is no longer subject to potential wireless interference. While the Virtuoso sounds great in wireless mode and Corsair has done well in this regard for some time, I would say the technology is limiting and there is still some improvement necessary. For now, the Virtuoso as a headset actually outpaces the wireless technology they include, so if you want to hear them at their best keep them plugged in, though wireless still sounds damn good to me.

The microphone of the Virtuoso is removable, which is good, because the headset looks great and wears well in public. I found the microphone to be of acceptable quality and better than the one on the HyperX Cloud Flight and SteelSeries Arctis 7 in terms of overall clarity, though the mic on the Corsair is just a bit heavy on the bass. The implementation of RGB on the microphone has been done well, with the green and red cues for on and off being very useful. Turning the mic off with the button on the bottom of the base of the arm allows for quick and easy muting and Corsair thought this out well, rather than bunching the mute up with other buttons and dials. I would like to see the ability to customize the RGB on the microphone within iCUE, allowing the user to customize specific colors to actions.

Corsair could improve the Virtuoso by implementing Bluetooth and adding a bit more functionality, such as Chat Mix and deeper mic control. It is a shame that Corsair didn’t outfit such an attractive set of headphones with Bluetooth, as they look good and wear well in public. I do feel that the ear cups are just a bit too small, causing them to sit on the ear. Since the ear cups on the Virtuoso are removable, perhaps Corsair will release replacements that address the issue, though it is not something I expect at this point. One other feature I would like to see is a removable battery. I have found that my gaming headsets that are older have drastically reduced battery life versus when they were new. For example, my original Corsair Void Wireless used to work for a solid eight hours on one charge with lighting enabled. Now, I am lucky if I get four hours on a single charge with the lighting disabled. The Virtuoso likely will be facing a similar situation in a couple of years, which is unfortunate. 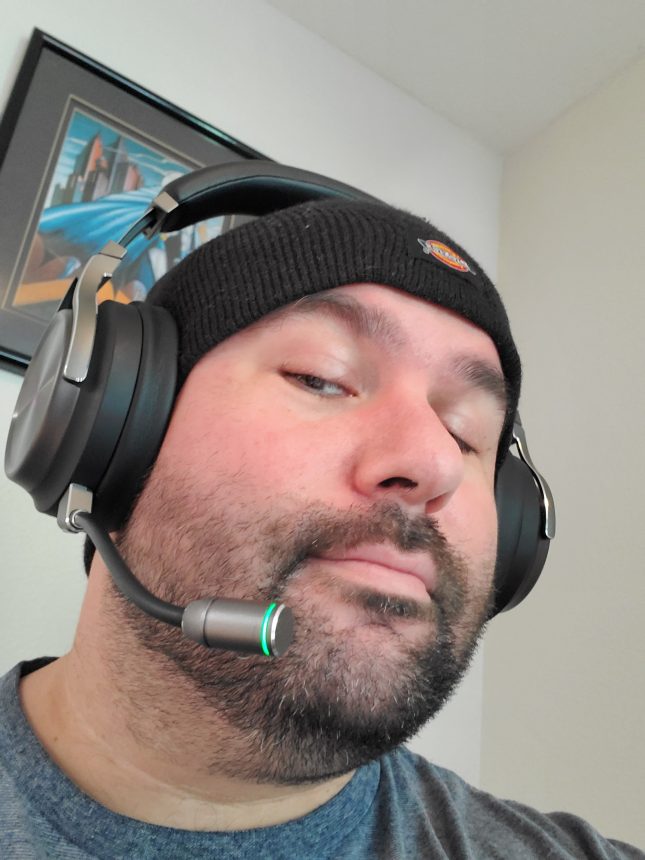 The Corsair Virtuoso RGB Wireless SE gave me one of the best overall experiences of any gaming headset I’ve ever used, as it performed well in both gaming and music-listening scenarios. As far as comparisons to other wireless gaming headsets, even when compared to more expensive units like the Sennheiser GSP 670, the Corsair Virtuoso excel in almost every single area, especially when considering aesthetics and microphone quality. While some improvements to the software are necessary and I would like to see Corsair improve the comfort of the ear cups, the Virtuoso RGB Wireless SE is an excellent entry into the premium headset market. Right now, the Virtuoso RGB Wireless SE is available for $209.99 shipped on Amazon. I would recommend the non-SE model at $179.99 shipped if you’re looking to save some money but still get the same excellent build and sound quality of the more expensive model.

Legit Bottom Line: The Virtuoso RGB Wireless series are a solid entry by Corsair into the premium headset market thanks to their excellent build, clean aesthetic and good sound quality.