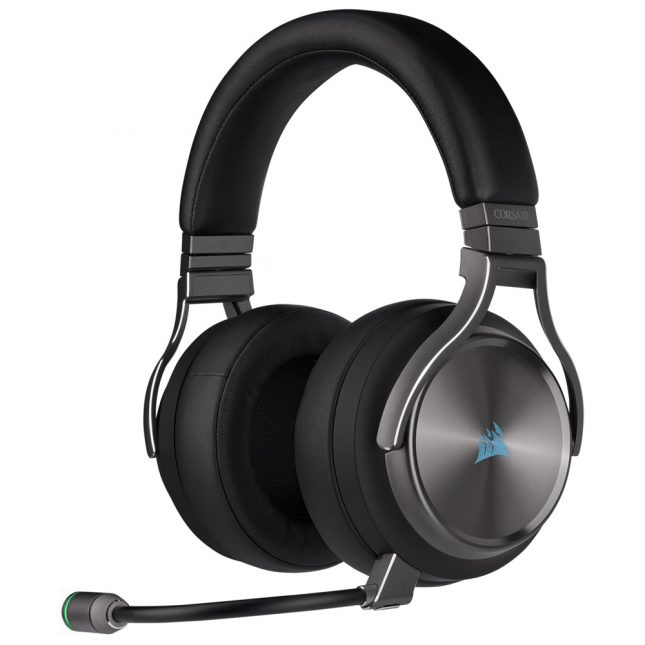 There are gamers who want a high quality, good looking gaming headset that doesn’t make them look like a space cadet and Corsair is acknowledging that with the release of the Virtuoso RGB Wireless series. Ditching the angled design of the Void lineup, the Corsair Virtuoso RGB SE looks like a pair of high end headphones that you would expect from a company like Sennheiser or Audio Technica. Corsair ditching the familiar design seen on so many gaming headsets and going with a clean aesthetic is something I really appreciate. Corsair hasn’t completely toned down their design, though, as the Virtuoso features a controllable RGB Corsair sails logo on each ear cup, while the microphone features a circular lighting zone.

With solid headset offerings from Corsair available for around and under the $100 mark, Corsair is aiming towards an entirely different market with the Virtuoso. Corsair has priced the Virtuoso RGB SE at $209.99, with the standard model available for $179.99. For the thirty dollar price premium, the SE model of the Virtuoso RGB offers aluminum ear cups, a microphone with a larger capsule and a stitched carrying case. Everything else between the Virtuoso RGB and Virtuoso RGB SE is the same and the microphone specifications are identical, even though the mic on the RGB SE has a larger capsule. I will get into whether the thirty dollar premium of the SE unit is warranted in just a moment. The Corsair Virtuoso lineup features a two year warranty that covers manufacturers defects. This is an acceptable warranty and Corsair does an excellent job of making the warranty terms of their products clear and easy to understand. 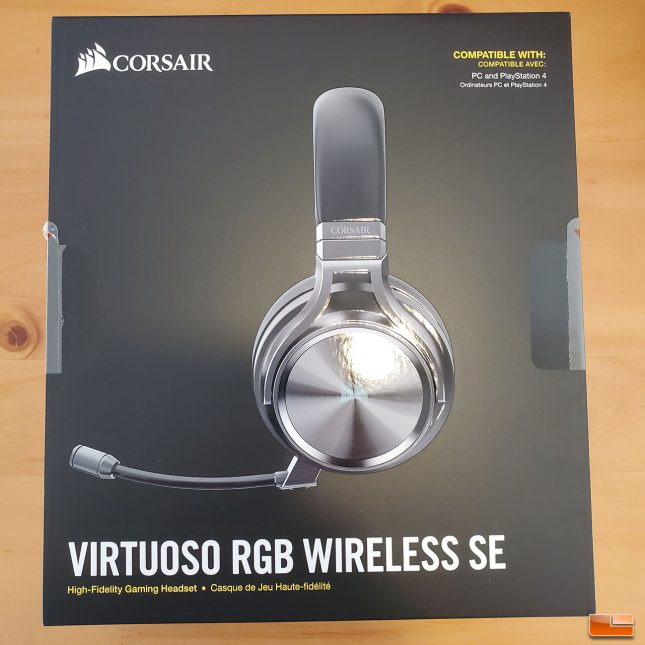 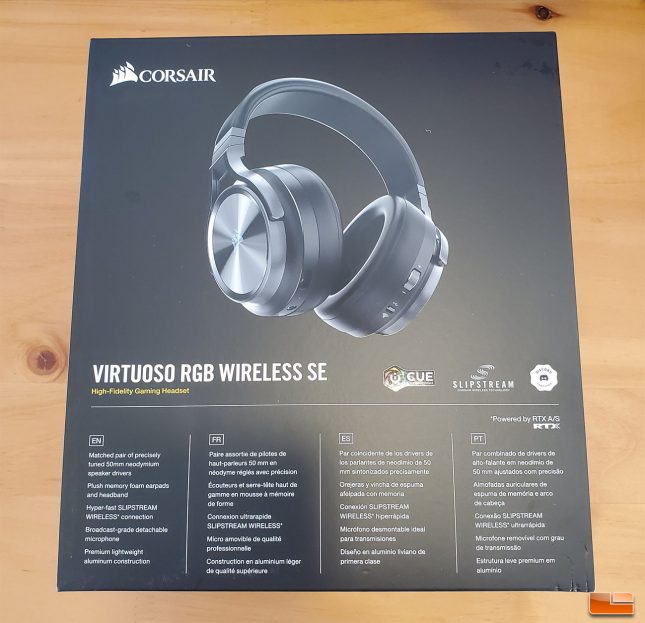 The rear of the Virtuoso packaging features another picture of the headset and lines of text noting some its features. Corsair also has noted the Discord certification for the headset on the rear of the box. Corsair has done a great job of making the Virtuoso packaging appeal to a more mature audience, as it is void of any extreme logos or “gamer” fonts.

I was recently at Best Buy and when put next to the boxes of other headsets featured on the retail shelves, the Virtuoso RGB SE looks like it’s geared towards audio professionals more than gamers. A quality retail experience starts with the packaging and Corsair has been doing great in this regard for quite some time. 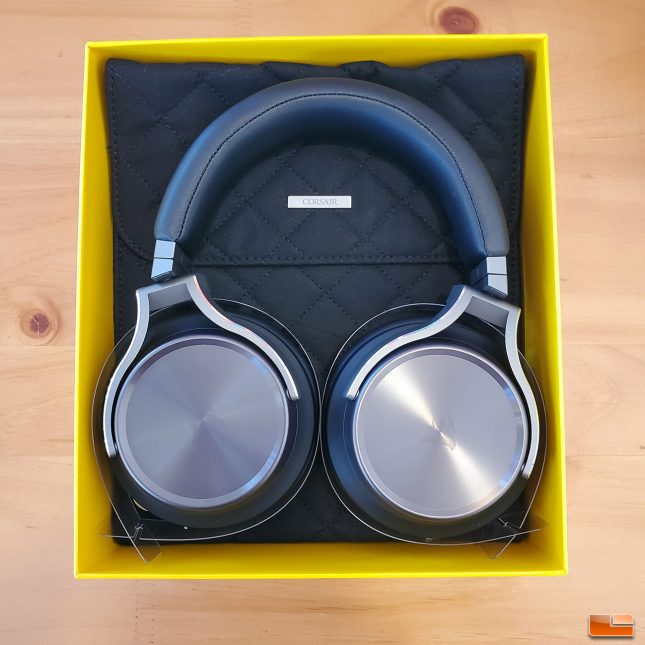 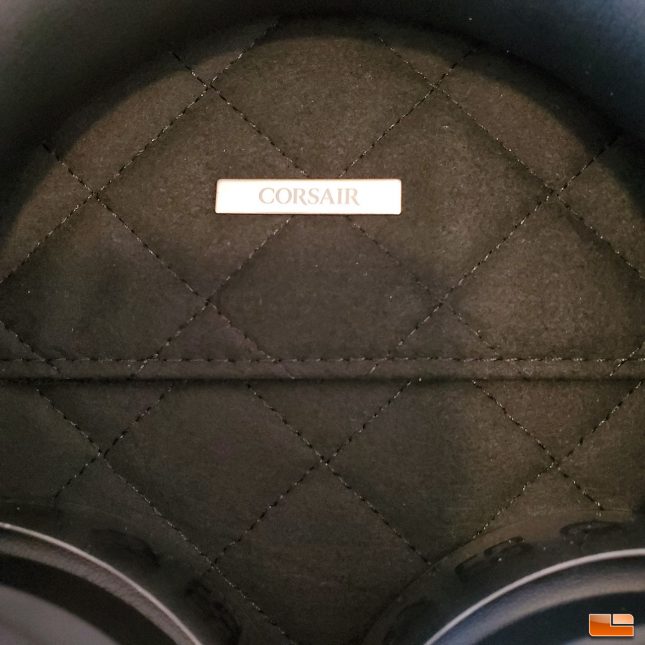 Underneath the headset we find the Corsair branded carrying bag for the headset, which is nicely stitched and features a magnetic mechanism to keep closed. This bag is a very nice touch, but extras like this are expected on a headset at this price point. 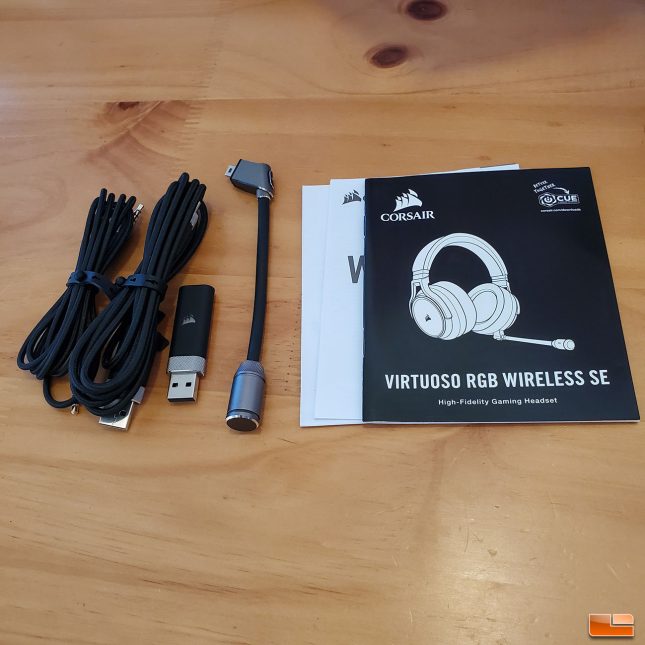 The included accessories all have a similar design, featuring a black and aluminum design with the Corsair logo on the receiver and USB cables. The stereo cable is a nice addition for those who want to use the Virtuoso with their phones. All of the cables have a high quality braiding to them and were produced to a high standard. The attention to detail and cohesiveness here something I expect from a premium gaming headset. 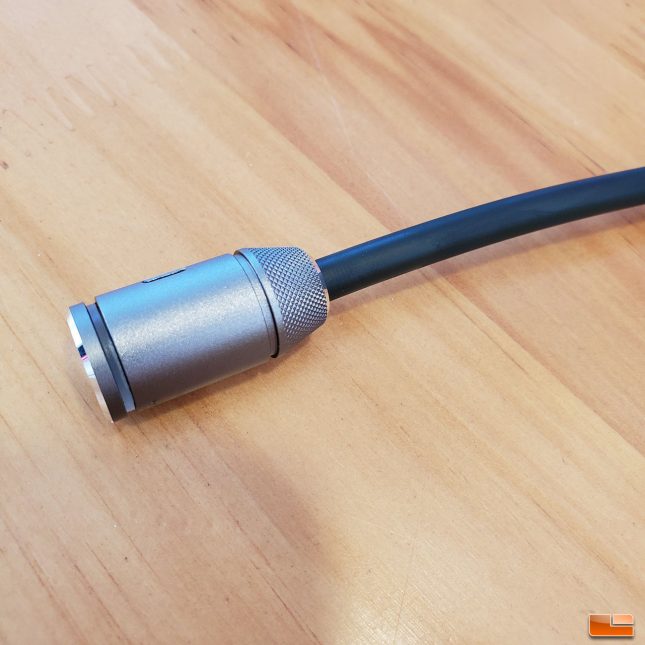 The design of the Virtuoso RGB Wireless SE microphone looks great and I love the use of aluminum here, as it is consistent throughout the headset. While so many wireless gaming headsets feature plastic capsules, this metal design really complements the Virtuoso. 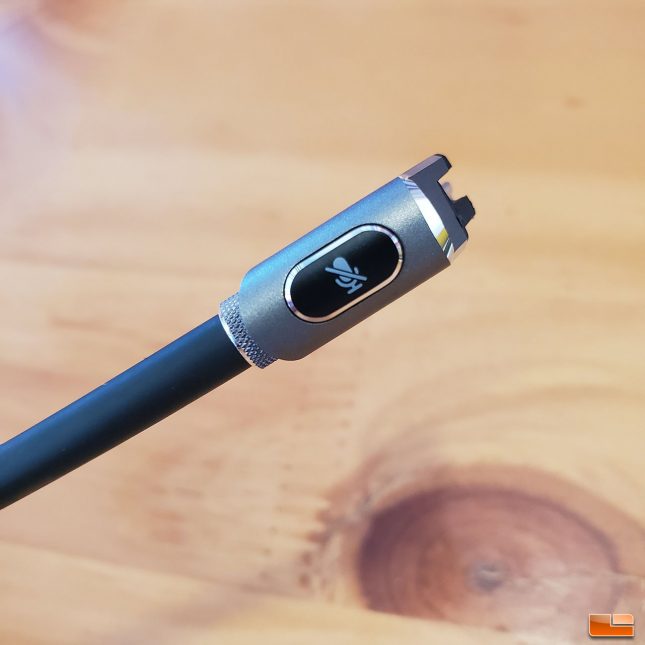 The microphone attaches via a proprietary connection to the left ear cup of the Virtuoso. The microphone features a very flexible adjustment band and can be muted via a button near the base. 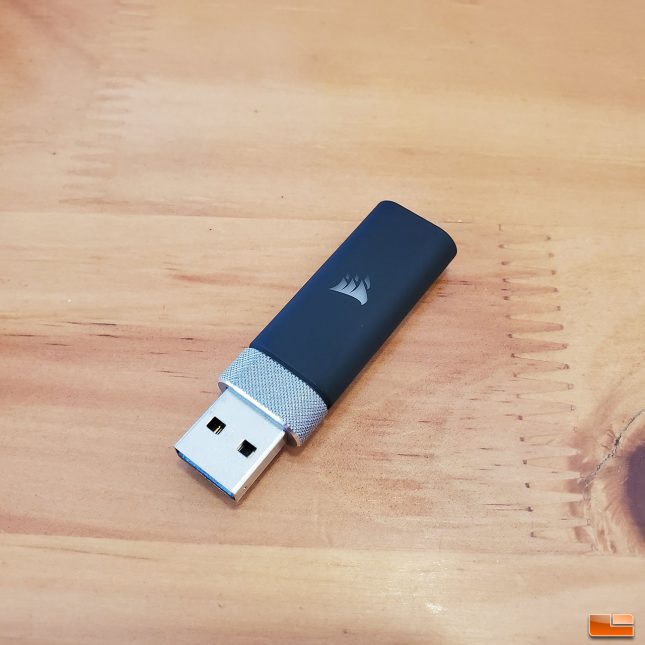 The evolution of Corsair’s wireless technology is apparent with the Virtuoso, as the Slipstream USB receiver is a lot more compact than the unit on Corsair’s own Void. Talking to my contacts at Corsair, I’ve been told that this receiver can actually work with multiple Slipstream devices at a time, say the Virtuoso and Corsair’s IronClaw RGB Wireless mouse, though the functionality is not currently available within iCUE. Corsair is currently testing and validating this functionality and it is something I look forward to, as allowing one receiver to work with multiple devices is quite useful.

Let’s take a closer look at the Virtuoso RGB Wireless SE headset on the next page.