Available starting in April 2014, the Obsidian 450D follows the design tradition of the Obsidian line, keeping things simple, stylish and highly versitile.  The front bezel has a layer of brush aluminum which makes it look expensive.  The cooling options on the 450D include up to eight 120mm fans or liquid cooling radiators in four different locations up to 360mm.  For storage, it has two 5.25″ device bays, three 3.5″ hard drive trays, and two 2.5″ drive trays.  If that is not enough, there is an optional hard drive chassis available to provide up to three more 3.5″ hard drive trays. 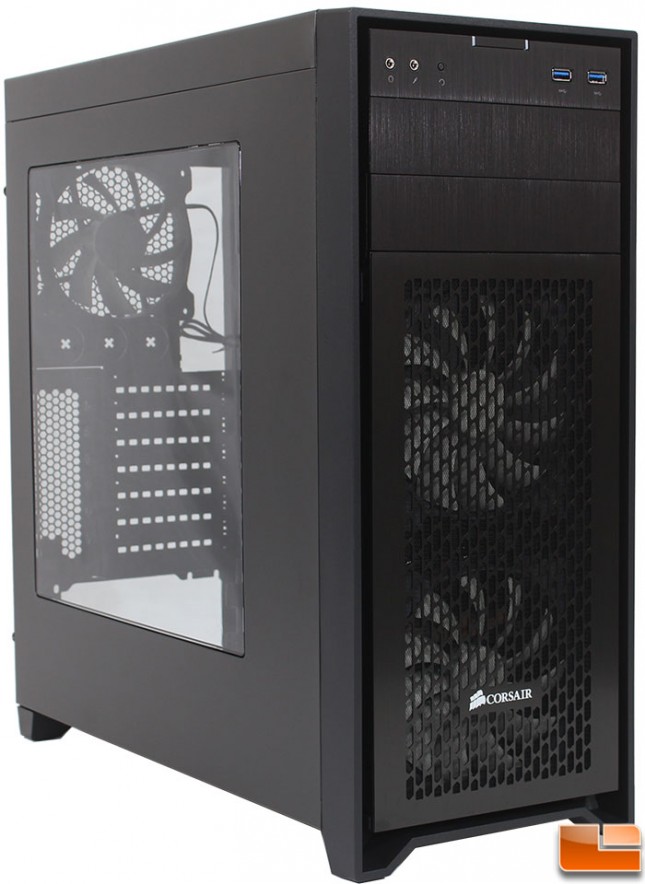 The front panel includes a large mesh area at the bottom to provide a large amount of airflow into the two AF140L fans included with the 450D, which could be swapped out for two 120mm fans or a 280mm liquid cooling radiator.  At the top the Obsidian 450D includes two SuperSpeed USB 3.0 ports, and two USB 2.0.  I would prefer to have four SuperSpeed USB 3.0 ports; that might increase the cost of the case a little.  The power button is a little awkward being placed at the very top of the front panel right under the lip, its easy to see since it is flanked by two LEDs. 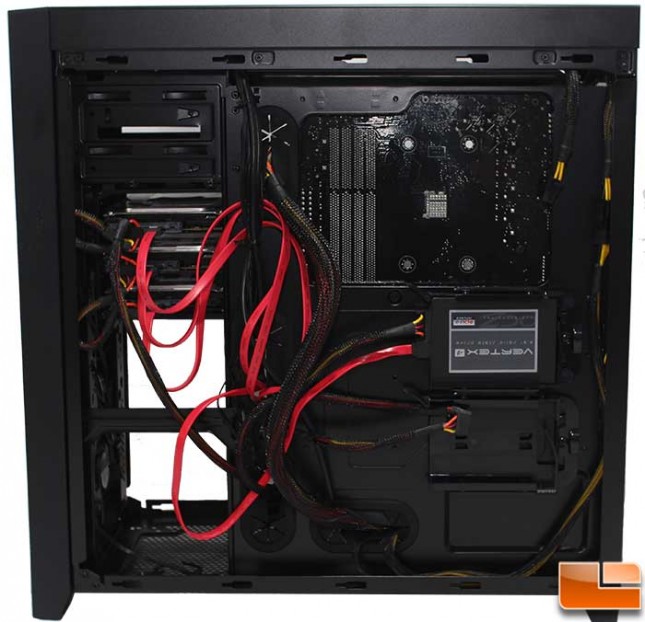 Corsair isn’t wasting space in the Obsidian 450D, with the rise of popularity of SSD’s, Corsair has placed two tool-less trays on the back of the motherboard tray so users can tuck their precious SSD’s out of the way.  As is common there is a large hole in the motherboard tray that will provide more than enough space to install an aftermarket CPU cooler support bracket at anytime.  As for cable routing, there are only a few places to secure the cables, and with around 1 inch of space, cable routing could be a small issue, especially with the SATA cables, using right angle connectors will resolve this. 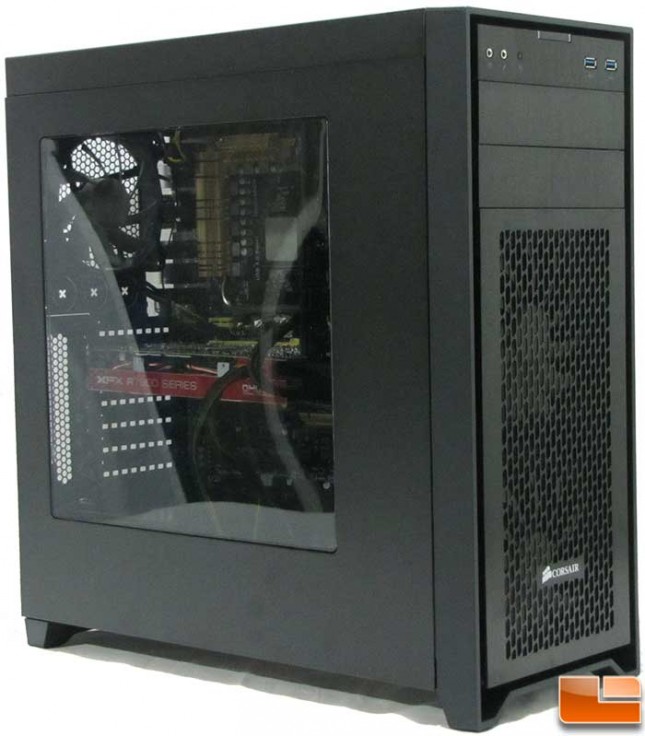 Priced at $119, the Obsidian 450D has many features that enthusiasts are looking for.  Multiple cooling options, large video card support, and a flexible interior for customization.  For some, the $119 might be a little high, however for a case with these features, a 2 year warranty and a top notch build quality, it will be hard to beat.

Legit Bottom Line:  Corsair’s attention to detail is obvious on the Obsidian 450D, it gives the feel of an expensive case without the high price.  It includes pretty much every feature an enthusiast wants without compromising the minimalist approach.