Removing the side panel we can check out the interior. Here we find that the color of interior matches the exterior.  The motherboard tray has four large cable management holes, each of them protected by a rubber grommet.  In addition, there is an extra large hole for easy access to the back of the motherboard CPU cooler.  For drives, we see two 5.25″ bays, and three 3.5″ trays; not many for a mid-tower.  Between the 5.25″ and 3.5″ drives is a large open area, that appears to have room for optional drive chassis, however they are not included; the other option is to move the 3.5″ drive chassis up to being directly under the 5.25″ chassis.  There are many cooling options on the Obsidian 450D, with seven locations to install fans, or four locations to install liquid cooling. 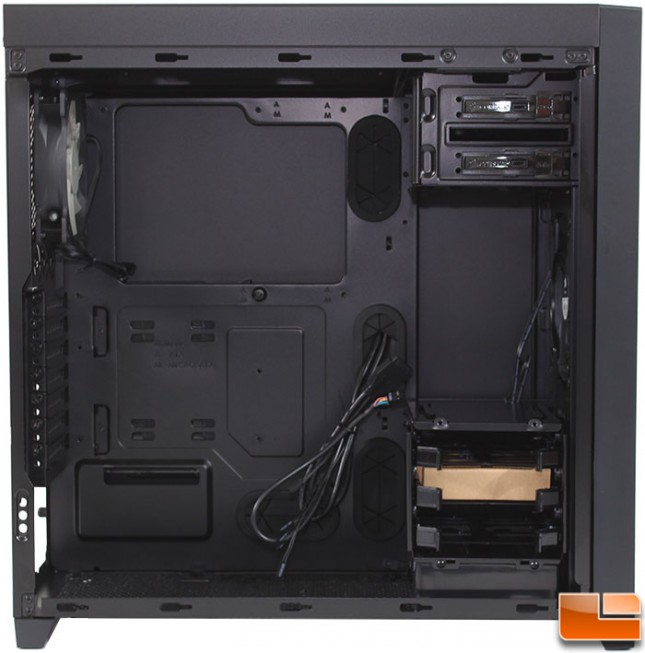 Starting with the 5.25″ drive bays, we find two tool-less brackets for installing drives. 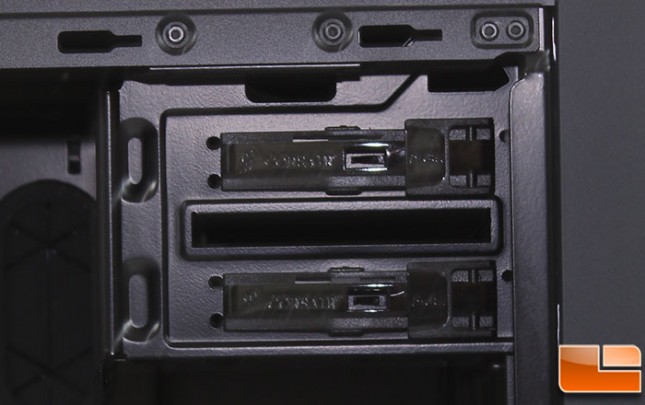 There are three 3.5″ drive trays included in the Obsidian 450D, with a light squeeze at the ends release the clips holding them in place so they can slide out.   Under the drive chassis a 120mm or 140mm fan can be installed. 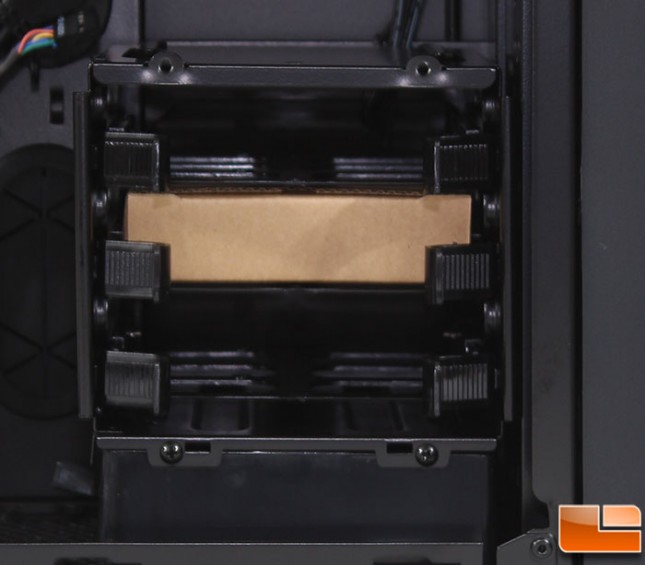 If you have built a case using tool-less 3.5″ drive trays in the past couple of years, you are probably familiar with this design.  Corsair has included holes to install a 2.5″ drive in place of a 3.5″ drive using screws. 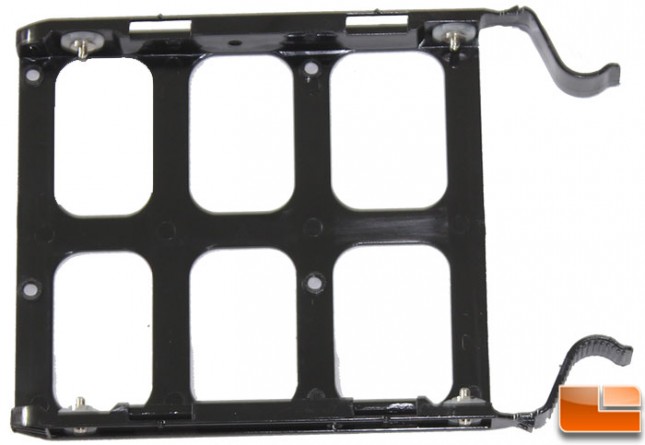 The bottom isn’t very exciting, the power supply will be placed here, which will rest on four rubber feet to reduce vibration.  Next to the power supply is a bottom 120mm or 140mm fan mount.  If desired, a 240mm long water cooling radiator can be installed here by moving the 3.5″ drive chassis up.

After taking a look at the back of the case from the outside, we know what to expect internally.  The fan is a 120mm AF120L which connects to the motherboard using a standard 3-pin fan connector.  The 120mm fan can be removed and replaced by a 120mm liquid cooling radiator.  The seven expansion slot covers are held in place with thumbscrews, which is always nicer than plain screws.

The top of the case can support two 120mm or 140mm fans, or up to a 280mm long liquid cooling radiator.  The top panel has a filter on it, which is nice to keep things from falling into the case through the large holes in the top. 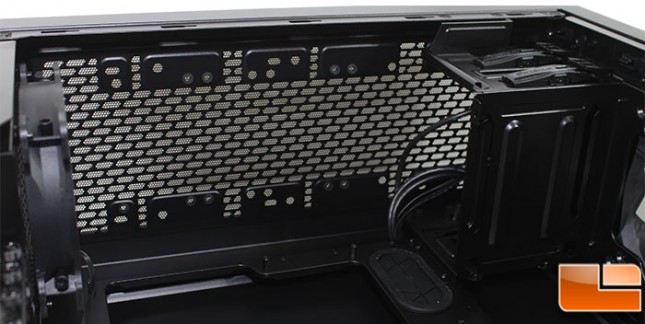 On the back side the motherboard tray, we find nothing out of place.  There are four cable tie locations, one for each of the cable management holes. 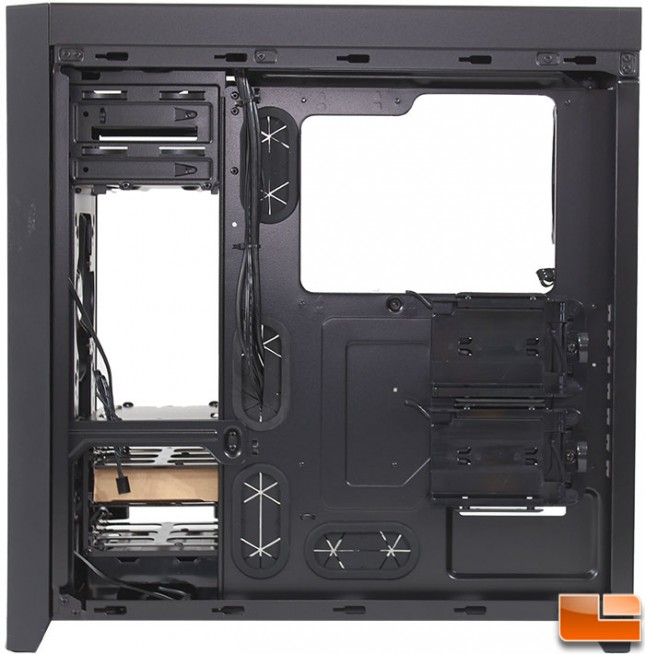 The two hidden 2.5″ drive trays are hidden below the large CPU cooler support bracket hole.  These are tool-less, simply slide a drive in and it is secured by a clip. 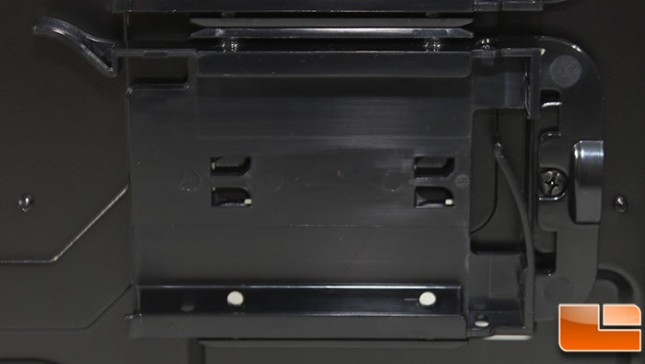