The Corsair ML140 Pro RGB are capable of moving a lot of air and are barely audible, even when at full blast. Seriously, the ML140 Pro RGB fans are nearly silent, even at full RPM. I could hear the 80 mm CryoRig AIO cooling fan over all three of the ML140 RGB fans from Corsair, and I’ve never considered the CryoRig fan to be loud. I was a bit concerned about the ML140 Pro RGB having an inability to function properly as radiator fans due to their somewhat low static pressure and RPM rating when compared to other fans, including the stock fans that came with my Cryorig A80 AIO. My concerns were alleviated during testing, as I saw no temperature difference between the ML Pro RGB fans and the Cryorig Performance fans that came with the AIO, despite the Cryorig fans having a higher airflow and static pressure rating. The ML140 Pro RGB fans ran incredibly quiet, even under full load, taking my PC noise levels down by a noticeable amount during heavy workloads. 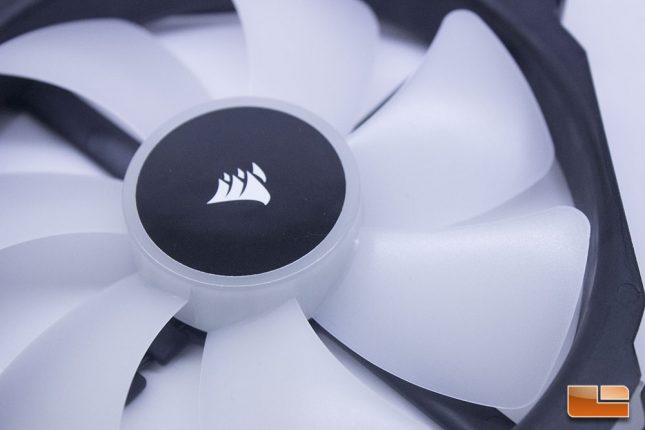 The build quality on the Corsair ML140 Pro RGB was top notch throughout. Corsair used quality plastic for the frame and the rubber bumpers on each corner do a great job of holding onto screws and keeping the fan from vibrating against the case. Corsair has implemented their excellent Magnetic Levitation technology and the weight of each fan is impressive. When you pick up the Corsair ML Pro RGB fan, you can tell that is is a solid piece of equipment, weighing more than your typical case fan and having a general feeling of quality. 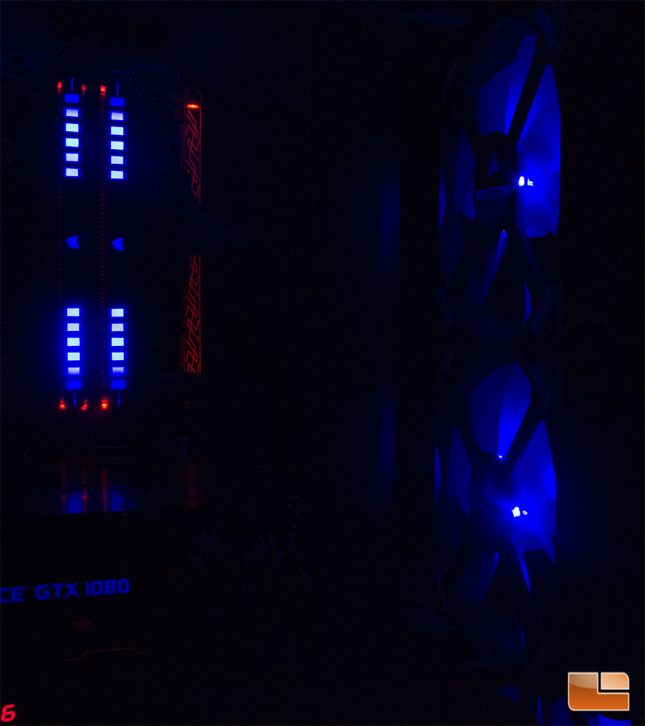 The various lighting modes provided by the ML140 Pro RGB in conjunction with the Lighting Node Pro and Corsair LINK all look great, with smooth transitions between effects. Corsair is using a similar diffuse plastic on the ML Pro RGB  fan blades that they used on the LL RGB, so the lighting is spread very nicely across the blades and has a thin mist look to it. The four RGB LED zones in the ML140 Pro RGB were implemented well and there are minimal hot spots, though you can tell where the lighting emanates from. When I used the ML140 Pro RGB fans in sequence with my LL series fans, the center hub matched the output of the LL fans, so things looked pretty cohesive and brilliant. While the ML RGB Pro certainly look best from the front, they emit a nice, fog like glow from the rear that looks great when installed as an intake. The pictures don’t do the ML Pro RGB justice, as they pick up the LED focus point. 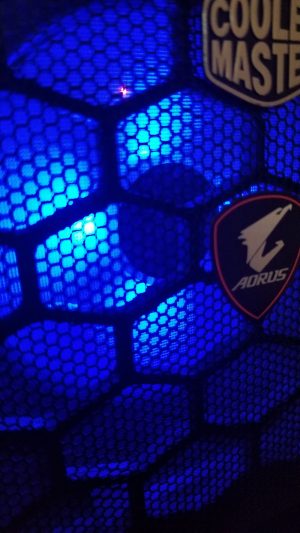 The ML140 Pro RGB fan emits a nice, even blue glow through the front mesh of the CM MasterCase 5. 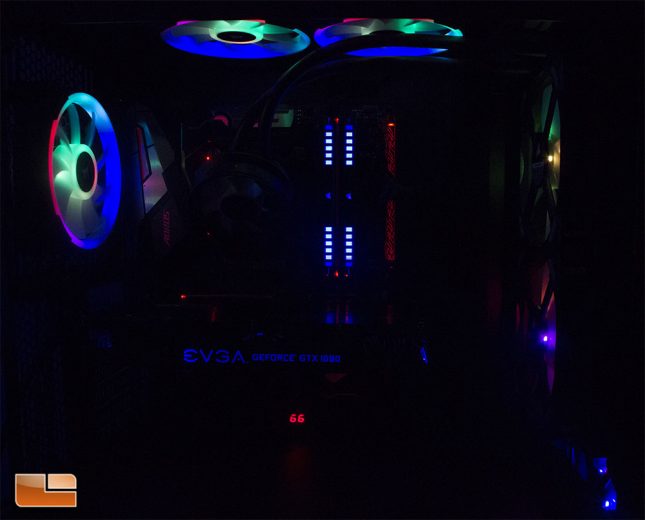 Corsair has done a great job of pairing RGB effects with their Magnetic Levitation technology on their new ML Pro RGB fans. If you prefer  low noise performance over RGB lighting effects but still want some customization ability, go with the ML Pro RGB series, as they are the quietest RGB fans you can get, while also maintaining an excellent airflow level and delivering diffused lighting effects that look great. The price premium for RGB on the Magnetic Levitation fans isn’t as much as I initially thought it would be, so if you’re considering Magnetic Levitation fans at all from Corsair, going with the RGB ones might make sense in case you get the customization bug down the road. Users who are willing to sacrifice a little bit of airflow and deal with slightly higher noise in order to get better looking RGB lighting effects should look into the amazing Corsair LL RGB series fans. As it stands, I am going to stick with my mix of Corsair LL and ML fans and hope that Corsair works things out with their LINK software so that I can specify specific fans on the chain, as the current situation of having to use one model fan is very limiting, especially when Corsair has different RGB fans that work better in certain scenarios, such as the HD series being optimal for radiator placement over the LL series.

Legit Bottom Line: If you’re into RGB lighting, but low noise performance and build quality are your greater concerns, the Corsair ML Pro RGB are the right fans for you.