Corsair packages the ML140 Pro RGB in their trademark black and yellow packaging with an RGB accent lining the bottom, which Corsair has been using for years, now. Corsair has done a solid job of branding, as I can totally tell their products apart on store shelves and they stand out now when I browse the aisles of Best Buy or Fry’s. 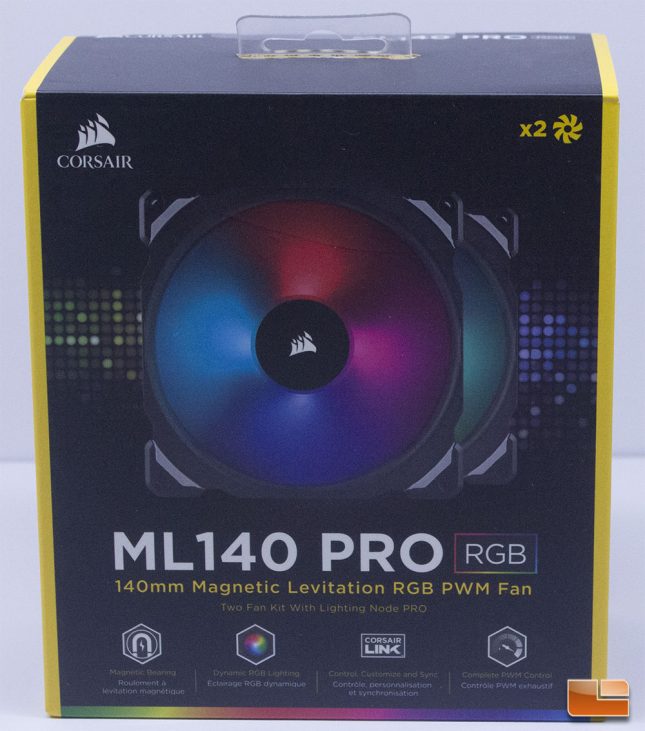 The packaging of the does a great job of showing off the diffused lighting effects of the ML140 Pro RGB, with a high resolution image of the fans in action printed across the center. 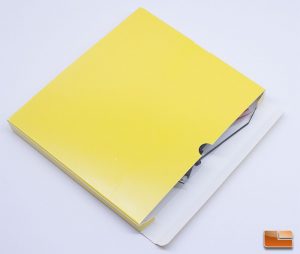 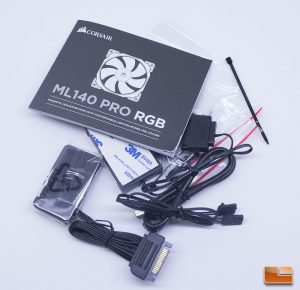 When you’re selling a package of premium fans that ring in between $35 and $40 each, presentation is certainly key. While Corsair has done a decent job of packaging their ML Pro RGB fans, I do wish that they did a little better at packaging the accessories, as they were sitting loose together in a box, with nothing really securing them except for the closed flap of the box. I doubt anything is going to come out, but everything just kind of fell out of the box with an anticlimactic clunk of plastic and paper. 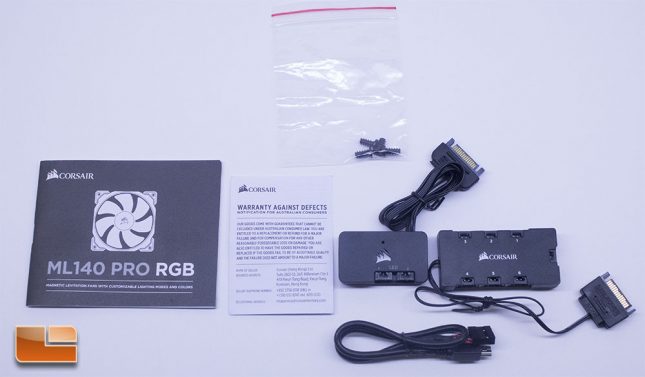 Besides the fans, inside the packaging of the Corsair ML140 Pro RGB Twin Pack we find an installation guide, Lighting Node Pro, Fan Hub, USB cable and some fan screws. Unfortunately, Corsair hasn’t included any stickers or other swag with the ML Pro RGB fans, which isn’t a big deal, but something I always like to see with premium products. Overall, the packaging and presentation of the Corsair ML Pro RGB fans is satisfactory and everything arrived unscathed and in good, working condition. I would like to see Corsair take better care in packaging things in the future, but they aren’t guilty of poor packaging, the presentation just wasn’t all that great on the accessories side. 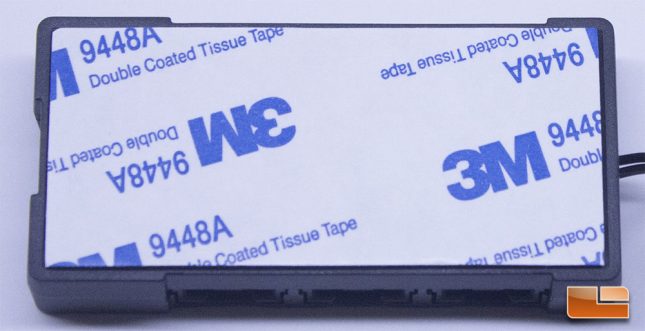 Corsair includes 3M mounting kits for the Lighting Node Pro and Corsair Fan Hub so that they can be mounted in various locations throughout the case. 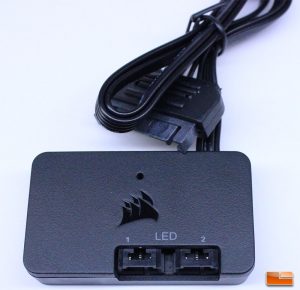 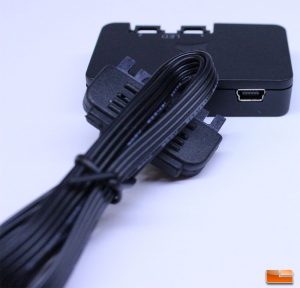 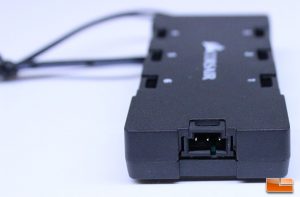 The Corsair Fan Hub connects to the Lighting Node Pro via a single cable that is included with the kit. There are six LED channels on the Corsair Fan Hub and it is strictly used for lighting control, it cannot provide PWM control to the motor of any fans. Connections to the Corsair Fan Hub must be done in serial, as skipping a connection will break the chain and cause the lighting to cease functioning. 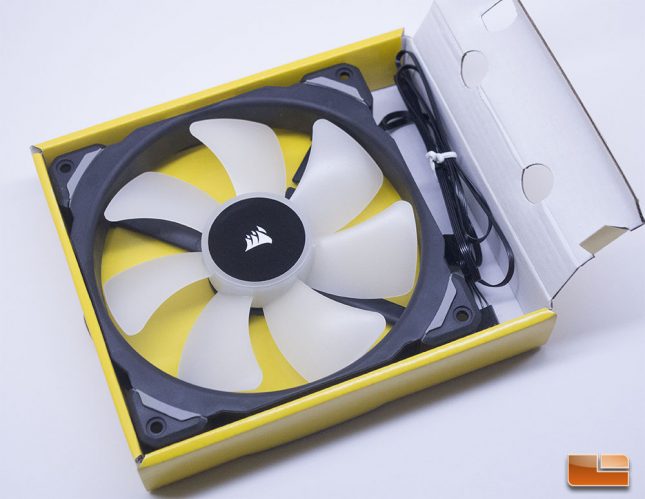 Corsair packages each ML140 Pro RGB fan in a yellow box within the retail package, with a small area in the box devoted to storing the fan cable. The box protects the fan well during shipment, as it has thick sides and  grabs the fan pretty snugly. Corsair ships the fan with the wires folded and tucked cleanly into the frame, with twist ties keeping the cables from unraveling.

Speaking of the ML140 Pro RGB fan cables, look at how long they are. There is a PWM connector, which powers the fan rotor, while a separate 4-Pin connector goes to the Corsair Fan Hub for lighting control. Thankfully, the cables are thin and very easy to fold, bend and otherwise manage into a neat little bundle, provided you are patient. If you lack patience, the thin nature and easy bending of the Corsair ML140 Pro RGB fan cables means they should tuck nicely and hide behind whichever corner you shove them in. 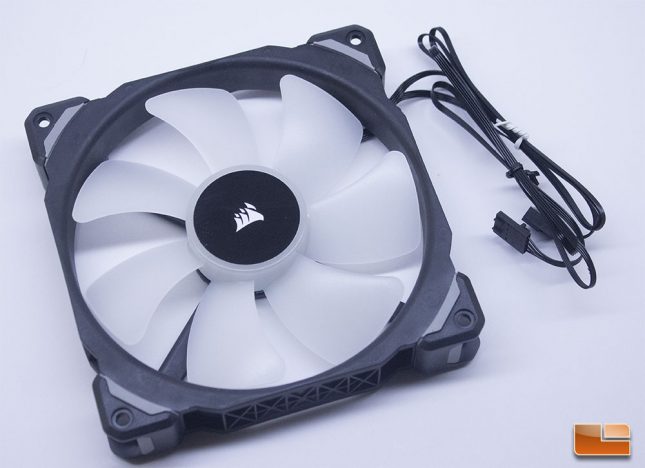 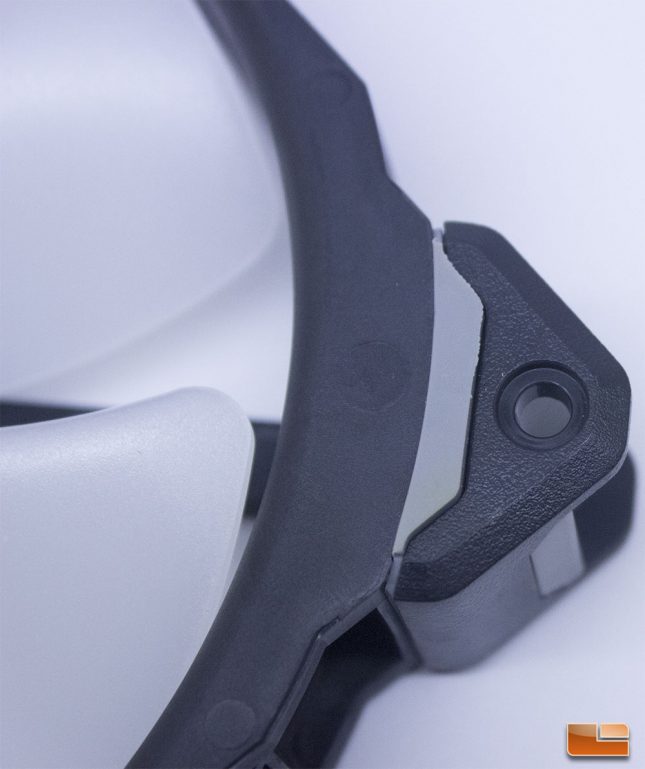 Each of the four corners has rubber bumpers that sit between the plastic frame of the fan where the screw inserts. These bumpers are integrated properly into the frame and add to the overall build quality of the ML Pro RGB fans. The screw insert of the ML140 Pro RGB has an indentation so that screws can set into the fan without pushing in on the plastic and deforming the corners, which can happen when the screws are tightened too much. 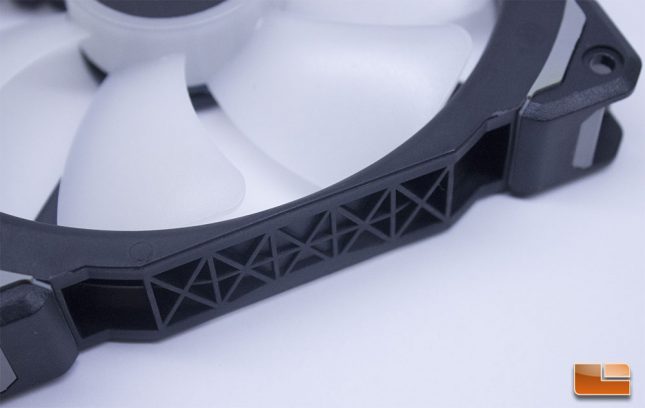 The side of the fan from of the ML140 Pro RGB has the same type of pattern from the other ML Pro series of fans. This pattern gives the ML Pro RGB fans a unique look, while also adding to the rigidity of the plastic, making the fan frames more durable than your typical affair. Corsair made sure to cover their bases and ensure proper quality through these ML Pro RGB fans. 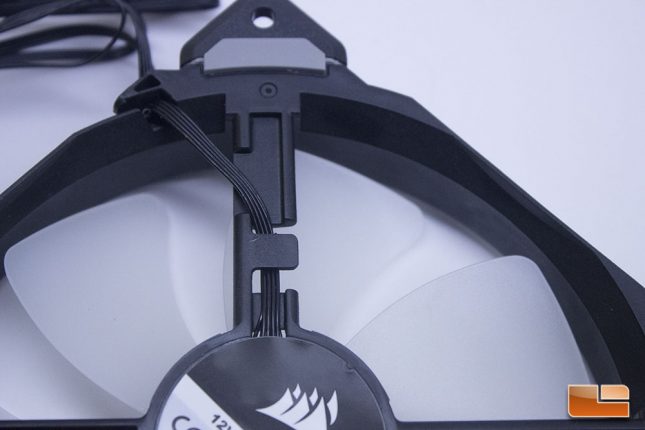 Corsair routes the cable of the ML140 Pro through the frame and there is a slide machined out of the frame for the cable to run through. I will also note that unlike my LL RGB fan sample, the Corsair ML140 Pro RGB don’t have any issues with the Corsair sticker on the back of the hub peeling up where the cable exits. Corsair have zip-tied the two cable together at the exit point for cable-management and everything was done well in this regard. On the rear of the fan on each corner there are rubber stops that will sit between the fan and case or radiator when it is in an intake or exhaust position with the rear of the fan sitting against the case or radiator. However, if the fan is used in a pull configuration on a radiator, or similar situation, there is no rubber isolation extended to the other side, which is a bit of an annoyance if you are trying to do a specific installation and want optimal vibration prevention. 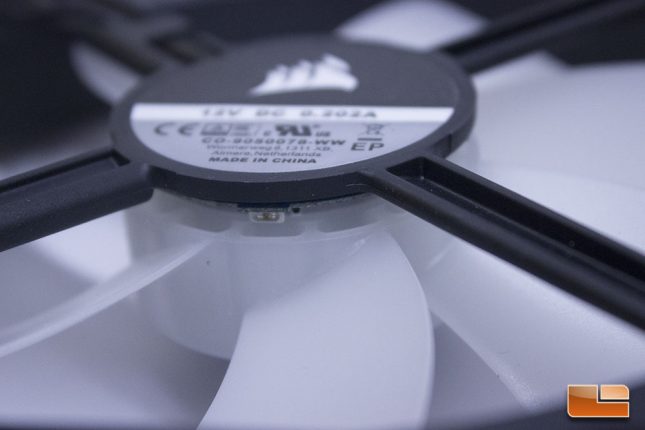 Here, we can see the PCB-mounted LED that sits between the PCB and rotor of the ML140 Pro RGB fan. Corsair has embedded an LED evenly on all four sides of the fan PCB and it faces outward, with the light that is emitted spreading out beautiful against the semi-translucent diffuse material. 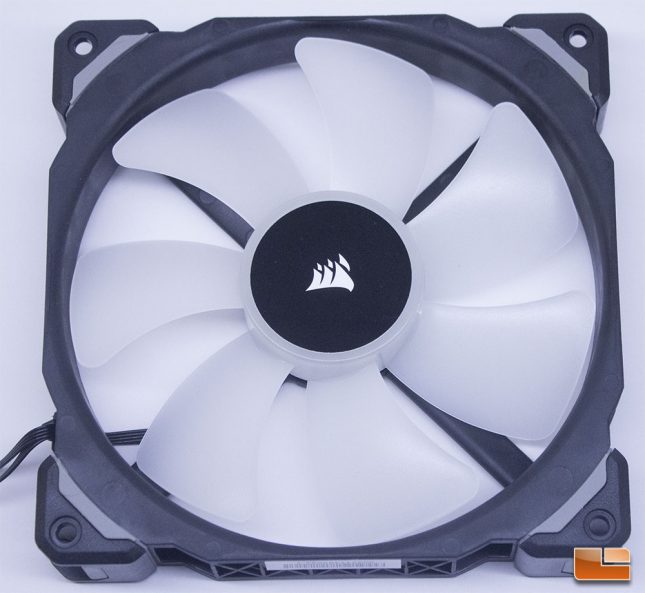 The Corsair ML140 Pro RGB have a great build quality and look at carries over from the previous ML Pro series fans, while adding some visual flair. The lower top end RPM of the ML140 Pro is a bit of a letdown, but overall, these are some well-made fans that have some solid specs. Next let’s see how the ML140 Pro RGB look installed in my case and see how they interact with the Corsair Link software.