I chose to run the GTX on Performance mode as I did not get any fan RPM differences on the Default or Balanced profiles, so I wanted to ensure this cooler actually worked. RPMs did not max out and topped off right around 2100 RPM. 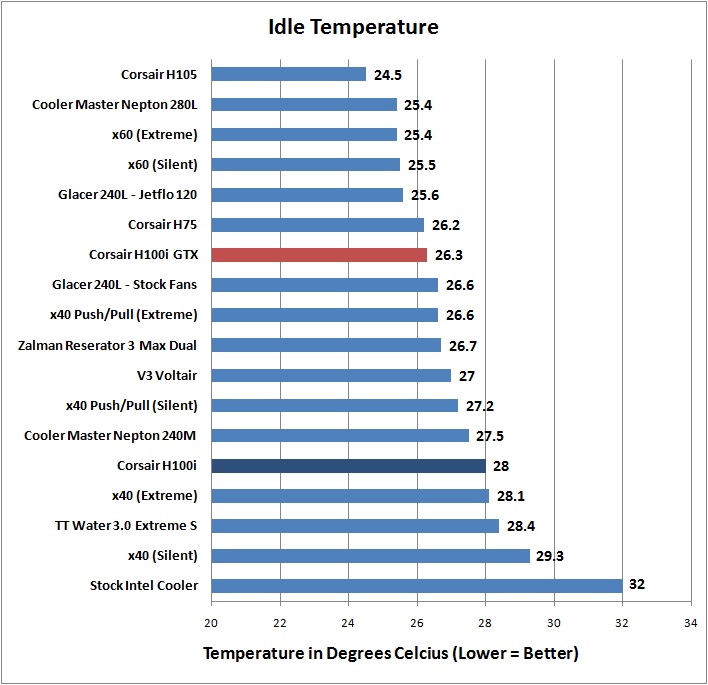 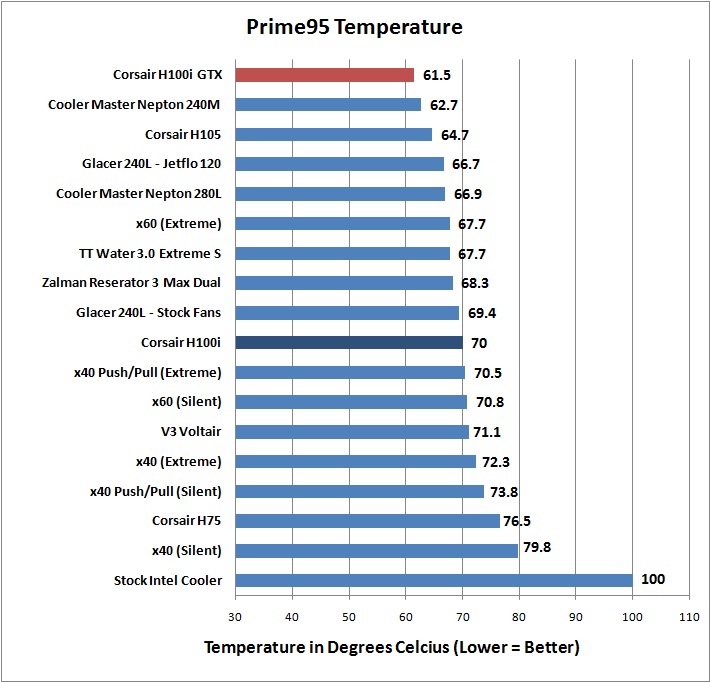 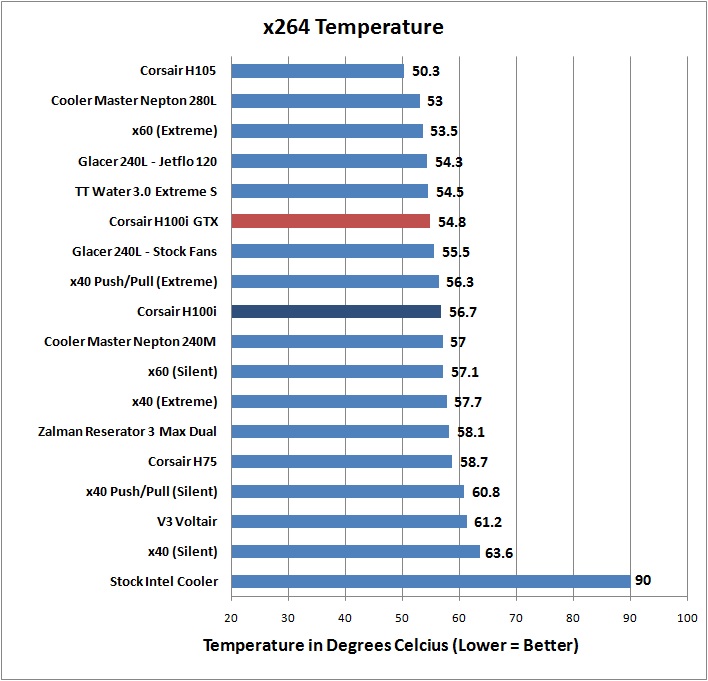 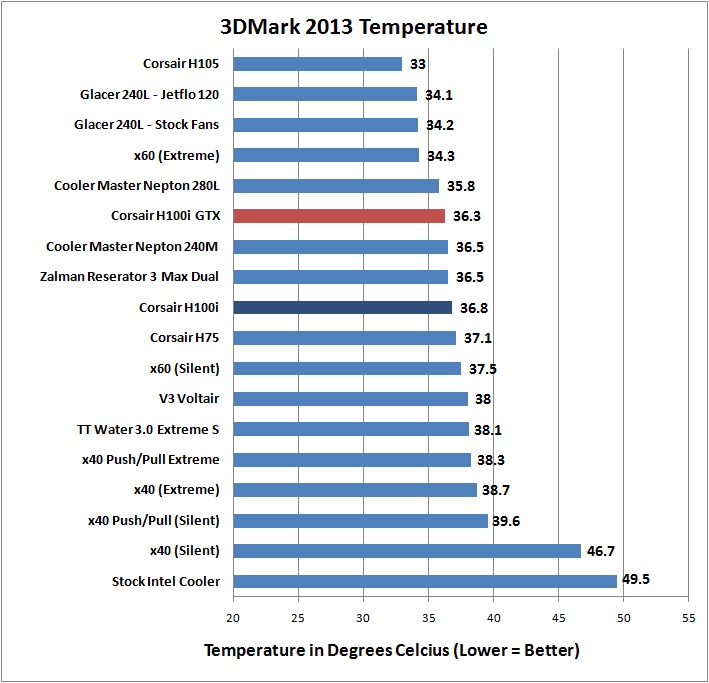 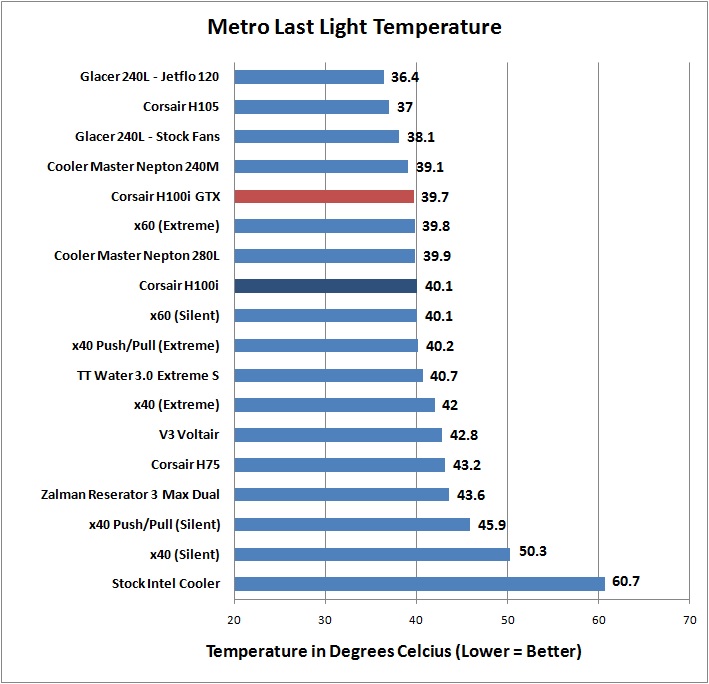 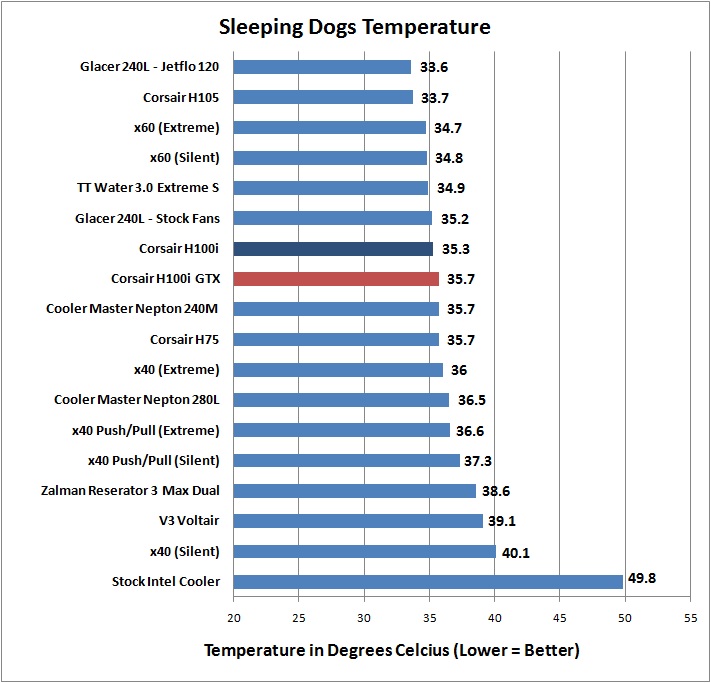 Overall Results: The slightly improved GTX is able to handle itself against the other coolers and came about in the middle or better in the above tests. This cooler is definitely better than the older H100i sibling, though the difference isn’t always that large.