Sporting an ergonomic shape with a left thumb rest area that may remind users of the Logitech G502, The Corsair Dark Core RGB Pro SE has a unique texture across the body and side grips that Corsair says was inspired by European car design. This dimpled texture was carried over from the original model and I like the feel of it, as it provides a nice grip coupled with breath-ability, with a feel that is between a matte and glossy finish. 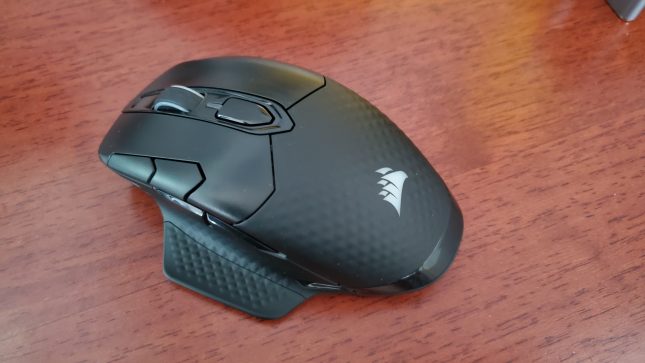 Two standard side buttons now are on the the Dark Core RGB Pro SE instead of the awkard button pad of the previous model. These buttons both have a bit of travel to them and a bit of wobble, but they do offer a tactile, consistent click and have excellent placement, with my thumb able to easily reach without over extension or cramping. A controllable RGB LED bar with five individual zones surrounds the side buttons, with another smaller accent zone on the left rear of the mouse. An indicator LED is towards the front of the left side of the mouse and it will tell the user which profile and DPI the Dark Core RGB Pro SE is currently set to. 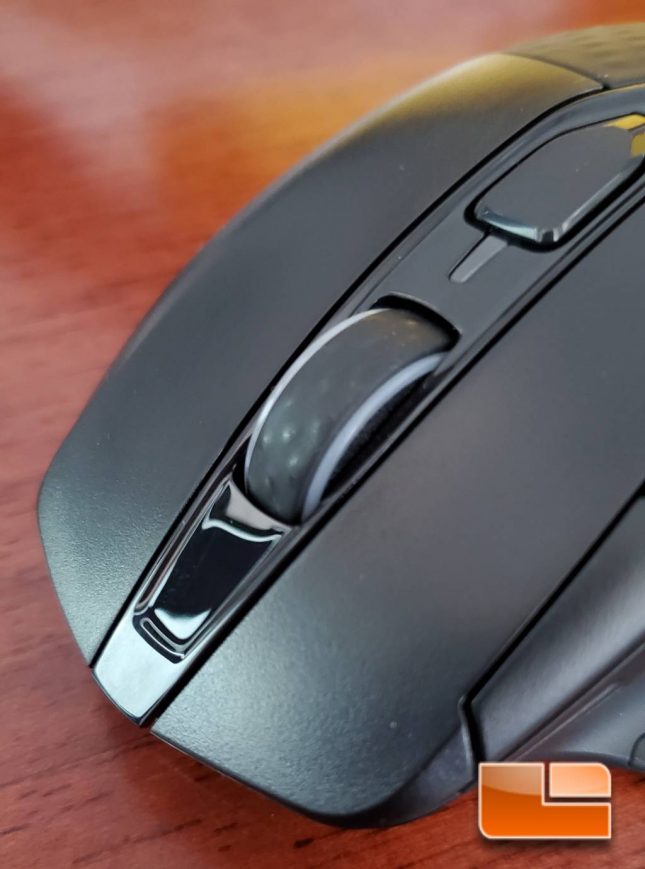 The main buttons of the Dark Core RGB Pro SE are separate from the shell and are sloped towards the center to allow for the fingers to sit in a natural way. The main buttons have a slight bit of side to side movement and there is a slight amount of pre-travel, but overall the tolerances here are pretty tight. The DPI change button offers a sharp, tactile click and sits nice and flat, keeping out of the way when using the scroll wheel. Corsair’s new and improved scroll wheel offered a sharp tactile click, while the scroll mechanism felt decent, if not a bit unrefined, while offering a nominal amount of resistance to help avoid from accidental scrolls while gaming.

The two small buttons to the left of the main button on the Dark Core RGB Pro SE offer a decent enough feel, but the click isn’t that sharp and the buttons have a small amount of play to them. These buttons are also kind of small and I found them difficult to press independent of the main button, as I’d often not move my finger far enough left and still hit the left main button. I’ve never been the type of user to take advantage of a lot of buttons on my mice, so I am sure certain users will definitely appreciate the placement of these buttons on the Dark Core RGB Pro SE. 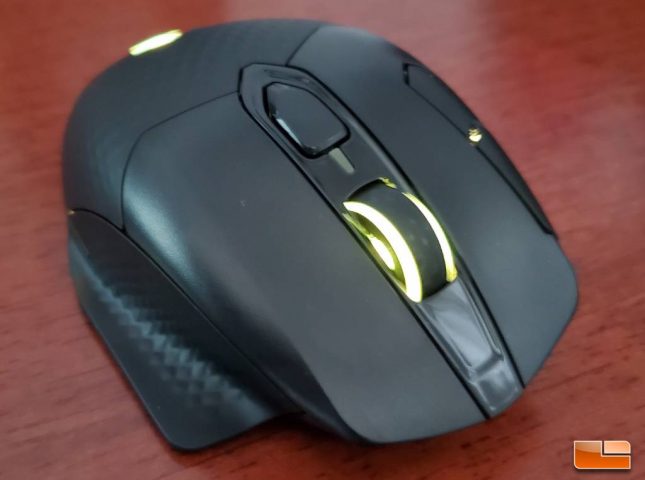 The right side of the Dark Core RGB Pro SE slopes down and doesn’t really offer any formed rest area for your fingers by default, but here we have added the right side grip to give the fingers some additional rest area. I personally didn’t like this grip, as it caused a change in the glide of the mouse and slowed down my flick movements from side to side, but users who prefer comfort and who aren’t playing games that require fast movement may very well like using this grip.

The USB-C connector on the Dark Core RGB Pro SE allows for easy charging. Our unit had no troubles connecting and the connecting felt solid, with no play or looseness at the connection level. 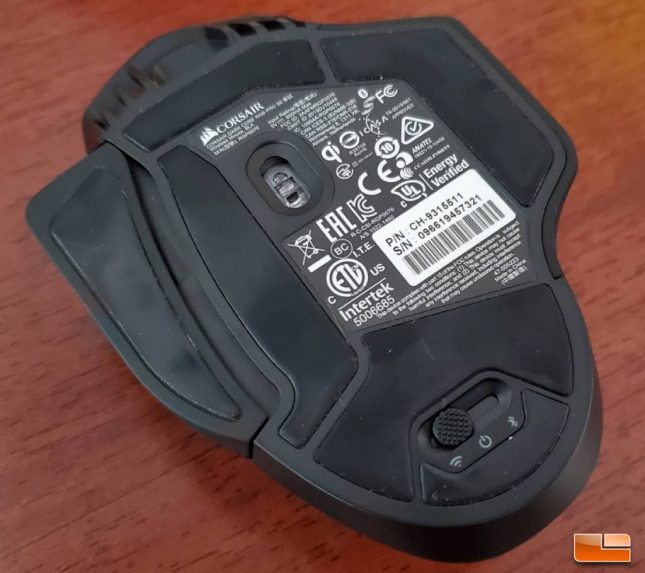 PTFE feet are all over the bottom of the Dark Core RGB Pro SE. These feet have a nice feeling to them without being too slick and allow the mouse to glide perfectly on my SteelSeries QCK, with a great mix of speed and control. I am a bit concerned about all of the channels and edges here, as they can allow for debris to collect and build up over time, causing inconsistency in mouse movement, so I’d advise an occasional wipe down on the bottom of the mouse and a blast of compressed air to keep things clear.

A switch to go between 2.4GHZ Wireless, Bluetooth Wireless and Off is present on the bottom of the Dark Core RGB Pro SE. This switch was nicely implemented, with a clean switching feel and tactile steps between each mode. The switch didn’t rattle when I did the shake test on the mouse, though there was another rattle I could not pinpoint, but it was not a major cause for concern and didn’t occur unless I picked up the mouse and shook it aggressively. 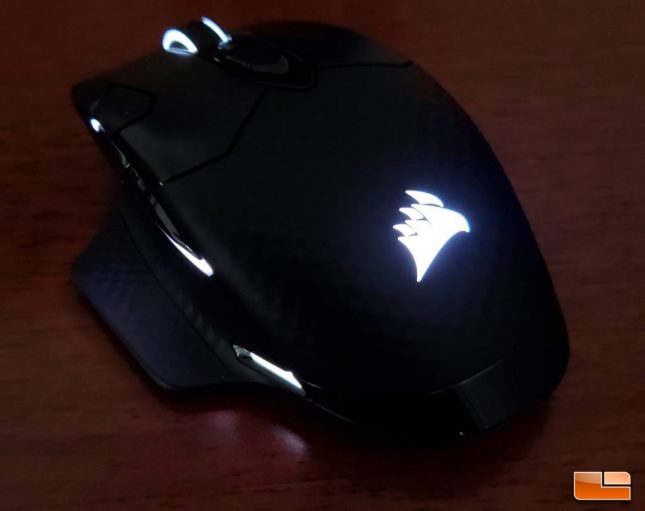 Corsair has done a pretty solid job with the layout and feature set here. Let’s take a look at the iCUE software that allows control of everything from performance settings like polling rate and DPI adjustment to visual adjustment of the RGB lighting.