Final Thoughts on the Carbide 300R 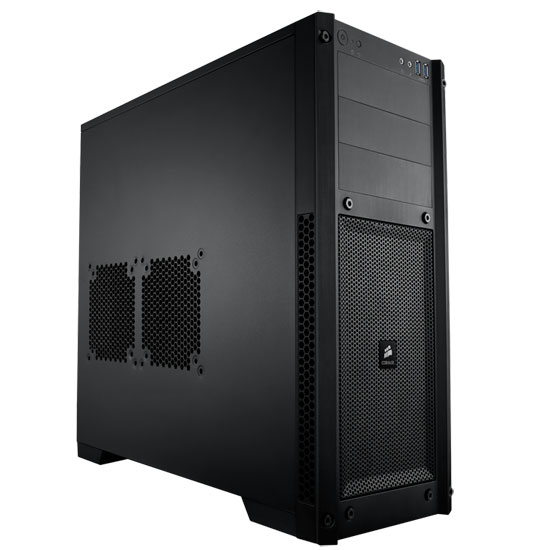 The 300R is the smallest case in Corsair Carbide series. It has plenty of features for an entry level case, and has a very nice build quality. The overall look is a nicely balanced blend of being both sleek and rugged. The Carbide 300R has room for large air coolers, the largest of video cards, USB3, and can handle up to 7 fans. 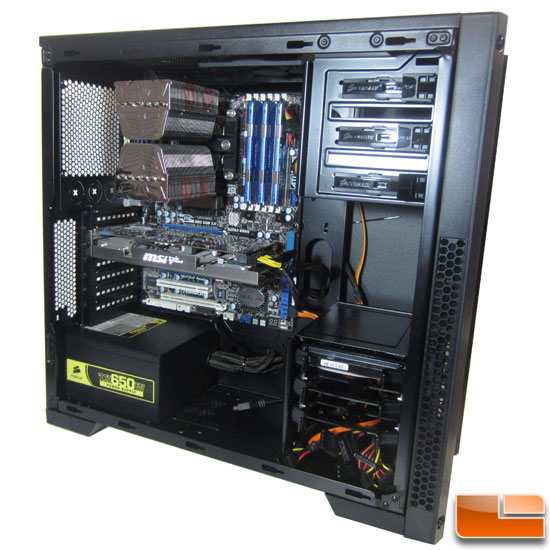 Coming in at 17.7 inches tall the 300R is on the short side for a midtower case; if it were 1/2″-3/4” taller it would have allowed for coolers like Corsair’s own H100 cooler to be installed. Yes, the H100 cost roughly $30 more than the 300R, but high end air coolers like the Prolimatech Super Mega and the Noctua NH-U12P are $70 plus coolers. Not really a deal breaker on the case, but more of a nit-pick on my part. Besides, you could always step up to the Carbide 400R for another $15~20 and have room for the H100 or similar coolers if you wanted to use one. 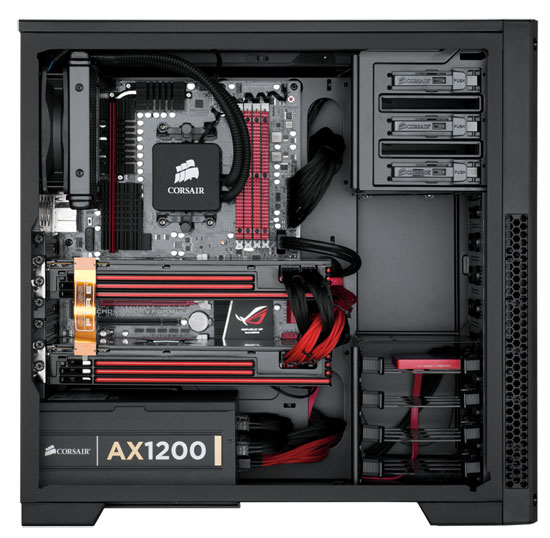 The Closeness of the rear 120mm fan to the rear I/O area is somewhat of a concern as well. If you have a board with tall heat sinks you could run into issues. Not only with the rear fan body itself, but if you install something like the Corsair H80 which can stick out up to 4” from the back of the case you could run into issues with the body of the radiator not clearing motherboard components. In the above image from Corsair they have the Hydro Series H60 installed. It is smaller than the H80 by a good 2 inches. So take a good look at your motherboard if you plan on using a sealed loop water cooler in your build. If the heat sinks are over the height of the I/O shield there is a very strong chance you will have clearance issues.

The Corsair Carbide 300R can be found for $79.99 shipped right now. At that price the 300R is competing with close to 100 or so cases in the $75-100 price range, even its own bigger, flashier, sibling the Carbide 400R. Deciding between the 300R and 400R will boil down to what you want to do with the system, and which style suits you. The 400R is slightly bigger, has LED fans, and has a slightly more aggressive look.

Legit Bottom Line: The Corsair Carbide 300R has a solid build quality, all the features you need to get a system built, and comes with a 2 year warranty the 300R will get the job done.