Installing Parts into the Carbide 300R 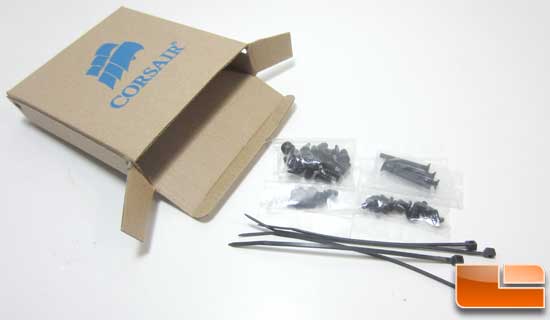 The Carbide 300R doesn’t come with much. What you get are screws for 2.5″ drives, some wire ties, long screws for mounting a second front intake fan, and motherboard screws.

When I first got the 300R and looked at the box I had high hopes; it looked like the little case had some real potential looking at the box. As I started to assemble my system into it I started to run into some issues. The first was interference with the rear exhaust fan and then my motherboard. 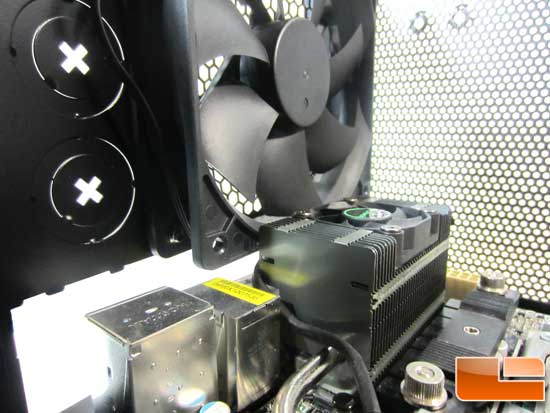 When I went to install my ASRock X58 Extreme 3 ATX motherboard in the Corsair 300R an issue became apparent. This board has a very large heat sink with a fan on it in the middle of the rear I/O panel that is far from common.  It would not fit under the fan that comes pre-installed on the back of the Corsair 300R. This is the first case I have put this board in where this has come up, but not all motherboards have tall heat sinks on it like mine does so I can’t really fault Corsair on this. So, if you happen to have a mainboard with a large heat sink sticking up taller than the I/O ports, then the rear 120mm fan could be an issue. This issue is pretty minor, though, as you can just move the fan or get creative and mount it on the outside of the case. 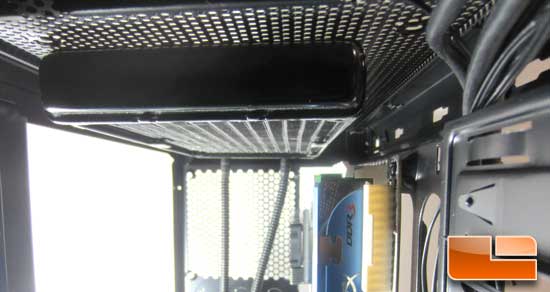 I then attempted to install the Corsair H100 water cooler because the top of the case was set up for dual 120mm fans. It looks like there was enough space for it and the radiator lined up perfectly with the fan holes. 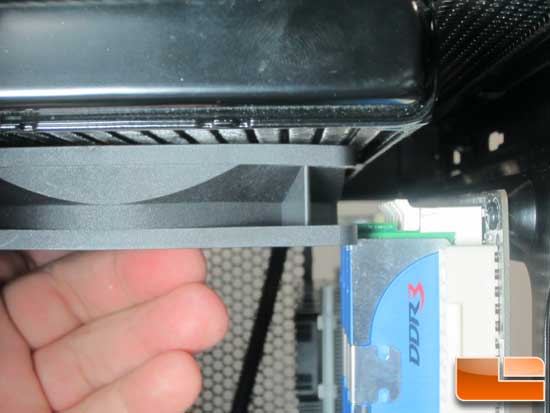 When I tried to install the 25mm thick fans that come with the Corsair Hydro H100 water cooler, I found that they interfered with the memory modules and even the RAM slots. If I wanted to make it work I could have used half-height 12mm thick 120mm fans in place of the stock H100 fans. Since the 300R is an entry level case, it is not a deal breaker that we ran into some water cooling issues as not everyone does water cooling. That said, if the case had been a ½” taller the Corsair Hydro H100 liquid CPU cooling system could have been easily used with this motherboard. 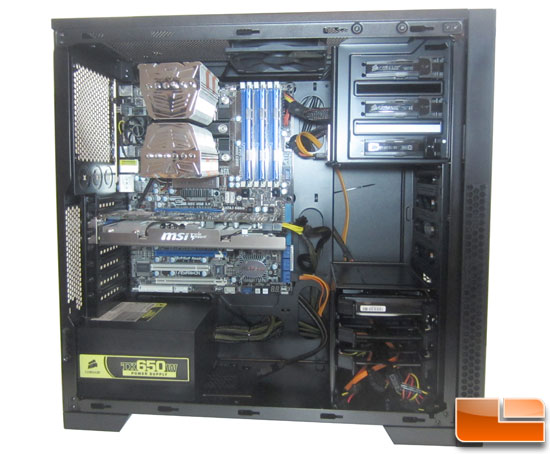 Since the water cooler wouldn’t fit, I relocated the rear fan to the top of the case to make room for my motherboard and installed an air cooler. The Corsair Carbide 300R was flexible enough to meet our needs and didn’t leave us unable to install our system entirely. 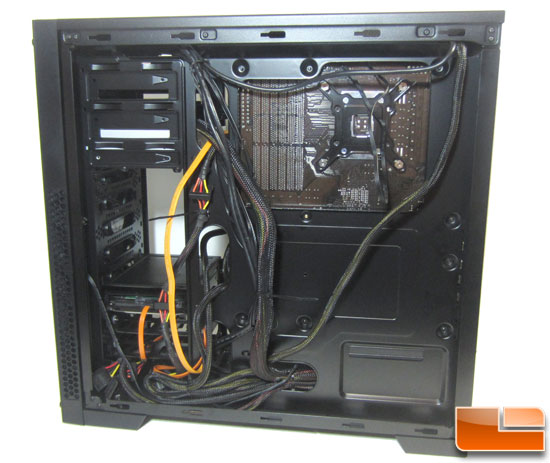 With 20mm of cable routing space behind the motherboard tray, I found running all the wires and data cables was easy. It would have been nice to have more places to tie the wires up, but it is doable without them.