Corsair spent most of its infancy as a DRAM memory maker and made a name for itself in this arena by becoming one of the premier makers of consumer PC memory. They later diversified and started making other PC related products like flash memory storage devices and high quality power supplies. In 2014, they launched their gaming brand along with peripherals such as keyboards, mice and audio products. Before that, they started into the crowded computer case market to which their offerings have been very warmly accepted by the PC building community. If you check many enthusiast publication lists of system builds, quite often Corsair cases are the chassis of choice in budget systems all the way up to high-end systems. In fact, I can state up front that I personally own two systems built Corsair cases one is built in a black Graphite 600T and the other with a white Carbide 500R. Each have been excellent system chassis that I purchased a few years ago and have given me no issues to date so I have high expectations going into this review. As it happens, I recently damaged the singular front USB 3.0 port on my Graphite case when I banged into an inserted USB stick (Im shocked this doesnt happen to me more often) so when Corsair offered us the chance to give the new Carbide case a look, I promptly volunteered. 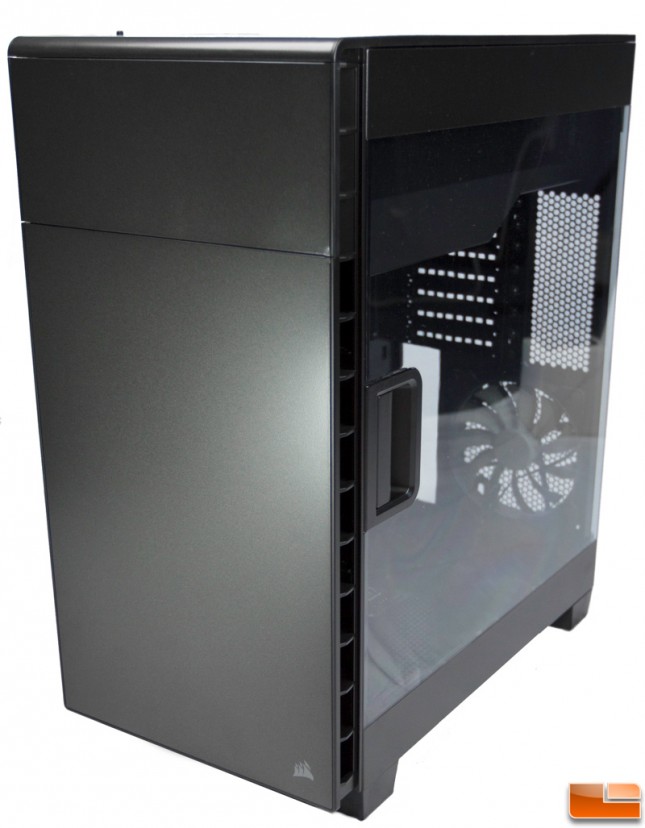 There are actually many variations of the Carbide cases outside of this newest model. Some are more budget friendly while others are smaller form factors or high air flow models. The new 600C/600Q cases are the top tier models in the Carbide lineup and are mid-tower sized and are geared towards those who typically have components that demand the extra space such as high-end graphics cards and water cooling. There are two variations of this with the 600C having the clear acrylic window in the side panel and the 600Q which skips the window in favor of sound dampening panel. Obviously, the clear 600C version caters to the bling crowd who like to show off their rigs and the quiet 600Q will woo those with a desire for low noise while providing ample cooling. We received the 600C version to check out.

While much has changed with this iteration of the case, the biggest change is probably the inverted placement of the motherboard which is a first for Corsair. This has it’s pros and cons as I’ll get into but it better shows off the GPU, which is now oriented so the heatsink is facing up and more visible than the dull PCB board on the back being the prominent view as in most typical cases. It also allows them to keep the top of the case closed off without negatively impacting case temperatures. 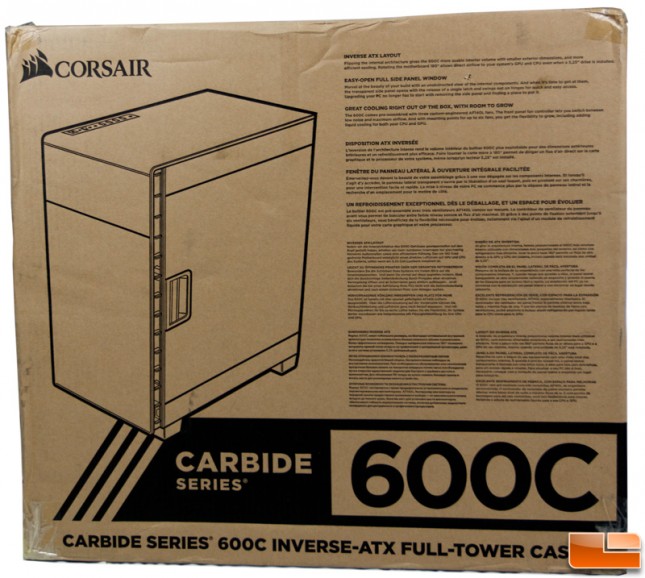 The case was packaged nicely in a fabric bag and nestled in the usual Styrofoam blocks to cushion its journey. The acrylic panel and control panel were each covered with clear plastic for an extra measure of protection. Though the box looked a little dinged up from transit, the case itself was undamaged and in perfect condition. 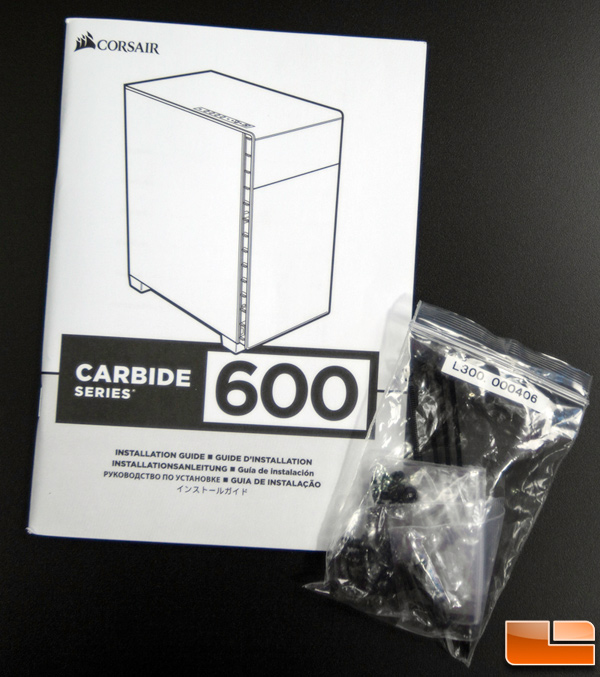 Along with the case was a manual and the usual assortment of screws for the motherboard and drive bays. 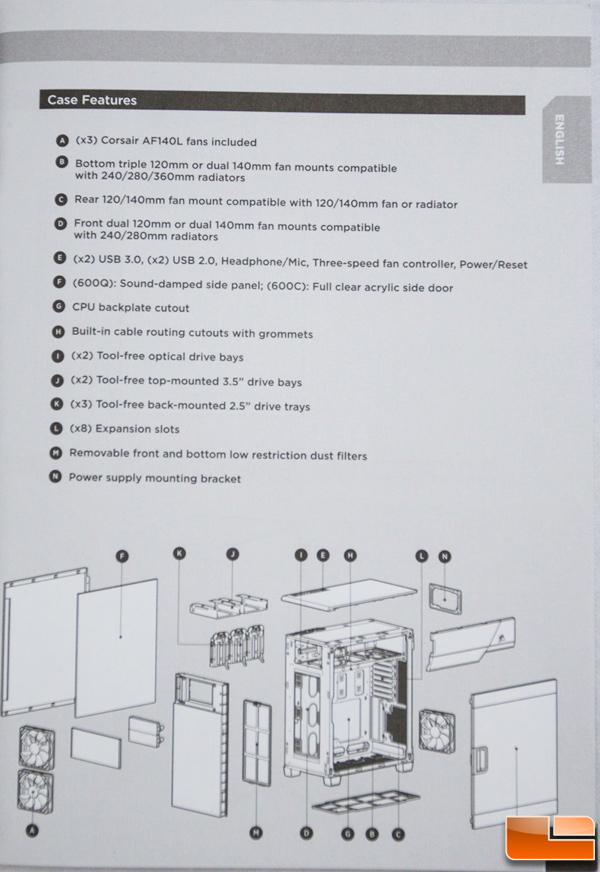 The manual also provides a nice exploded diagram of the case for reference. Let’s have a closer look!