Back in 2007 Cooler Master released the Cosmos case to rave reviews around the globe.  It was such a revered case that Maximum PC used it for their dream machine that year.  Cooler Master knew they had a hit and released several revisions on this original case such as the Cosmos S, Cosmos 1000, Cosmos Black Label, and Cosmos ESA.  However five years later Cooler Master decided it was time to do a ground up redesign and release the next evolution in the series, the Cooler Master Cosmos II Ultra Tower (P/N:RC-1200-KKN1). 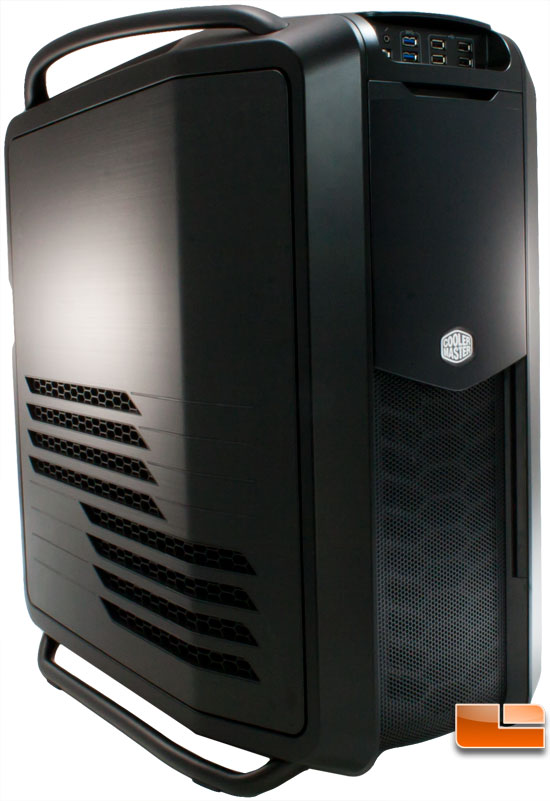 At first glance the COSMOS II looks very similar to the original case as it has the top and bottom rails still, but beyond that it is very different.  For one thing it is bigger in all dimensions with the original Cosmos at 10.47″(W) x 23.54″(H) x 24.72″ (D) but  the new and improved Cosmos II Ultra Tower stands a whopping 13.5″(W) x 27.7″(H) x 26.1″(D).  This is larger than most cases classified as a Full Tower which is why Cooler Master came up with the Ultra Tower category.  The Cosmos II also has 13 overall HDD / SSD spaces vs the originals 6 but it does give up two 5.25″ bays going from 5 down to 3 in this version.  The reason the Cosmos II gives up these bays is for what Cooler Master refers to as X-Docs which are front access hot swap bays with SATA and Power built into the back.   The cooling has gone from 2x 120mm to 3x 120mm or 2x 140mm or 1x 200mm in the top with an optional 240mm radiator bottom mounted with included hardware.  Finally Cooler Master added a muli fan controller and LED switch panel in addition to the normal I/O ports making this a pretty feature rich case for most users.
The Cooler Master Cosmos II Ultra Tower will be available in early January with a planned MSRP of $349.99 at the retailer of choice with an expected warranty of 2 years as of this writing.  The Cosmos II only comes in the black reviewed here and without any window options at this time.