If you liked Civilization V you will most likely be a fan of Beyond Earth as it uses the same game engine and mechanics. The similarities pretty much stop there though as Beyond Earth has new units, new victories, a completely new tech tree, new leaders, new civilizations and a handful of things under the hood that are also brand spanking new. One of those features is that Firaxis Games became a development partner with AMD and us using the Mantle API for this game title. In April 2014 Fireaxis made the following statement about Mantle:

By reducing the CPU cost of rendering, Mantle will result in higher frame rates on CPU-limited systems. As a result, players with high-end GPUs will have a much crisper and smoother experience than they had before, because their machines will no longer be held back by the CPU. On GPU-limited systems, performance may not improve, but there will still be a considerable drop in power consumption. This is particularly important given that many of these systems are laptops and tablets. The reduced CPU usage also means that background tasks are much less likely to interfere with the games performance, in all cases.

Finally, the smallness and simplicity of the Mantle driver means that it will not only be more efficient, but also more robust. Over time, we expect the bug rate for Mantle to be lower than D3D or OpenGL. In the long run, we expect Mantle to drive the design of future graphics APIs, and by investing in it now, we are helping to create an environment which is more favorable to us and to our customers. 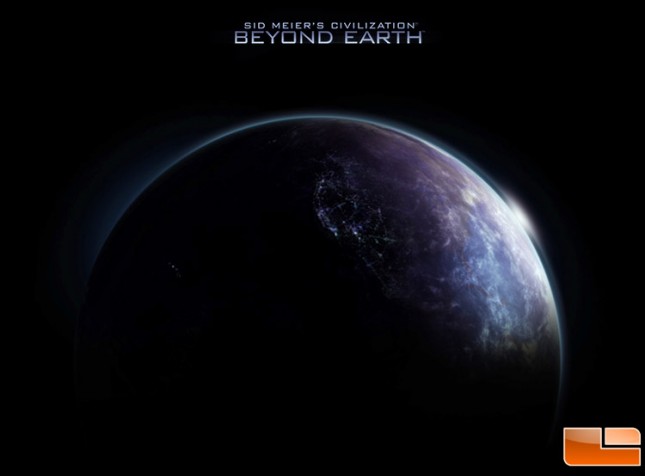 We were able to get early access to Civilization: Beyond Earth (Build 1.0.0.574) and figured that we can do a little AMD versus NVIDIA to see who has the best video card performance in this game title. We of course will be running both cards with DirectX 11 and then the AMD cards with the Mantle API. 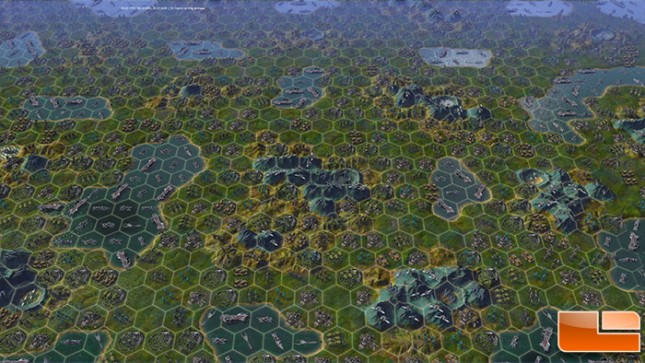 You can’t test Mantle with FRAPS, so we utilized the games built-in benchmark utility that gives you the frame times. After some light work in Microsoft Excel we were able to break out the Frame Per Second (FPS) scores that gamers are more accustomed to. 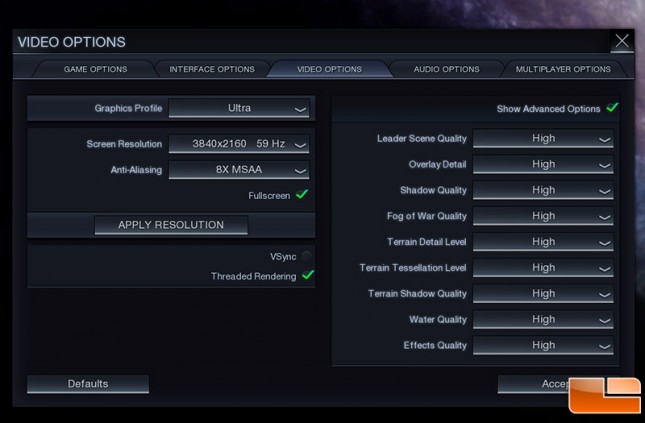 We will be testing at 3840×2160, 2560×1440 and 1920×1080 with 8X MSAA and Ultra image quality settings. Let’s take a look at the test system and then see what Fireaxis, which is owned by triple-A publisher Take-Two Interactive, was able to do on this game title when it comes to overall performance and the Mantle API.