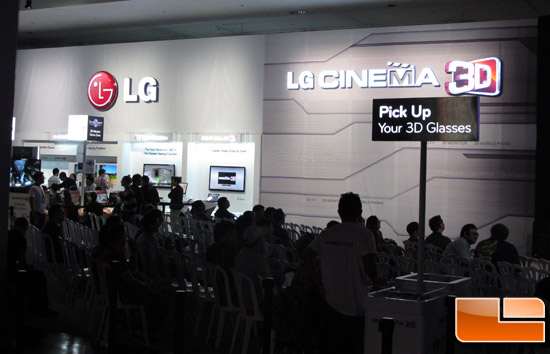 LG, the popular Korean-based electronics giant, was on the BlizzCon floor for the first time.  As Blizzards games are wildly popular in Korea, there presence at BlizzCon was a no-brainer.  LG had easily the largest booth on the BlizzCon 2011 floor featuring a huge 260-inch 3D video wall showing all the latest Blizzard trailers in 3D.
While this was a nice touch aimed to draw attention of the Blizzard base, we wanted to know more about the LG D2342P Cinema 3D LED Monitor that was set up on the floor.  These new LG sets are built around “passive” 3D tech where you don’t need the $50 glasses to view your 3D content.  Rather, the glasses that we had were the same sort of circular polarized lenses that you would get at your local movie theater. 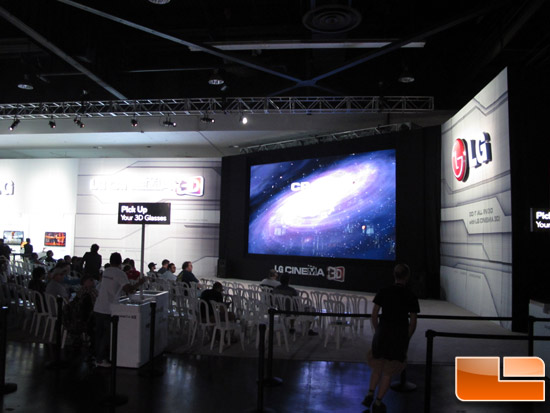 By far the biggest deal with the new LG 3D Cinema sets are the ability to broadcast all your content 3D. This includes any game, movie or television show – all at the touch of a button.  These push-button 3D monitors start at under $350 and are available now. 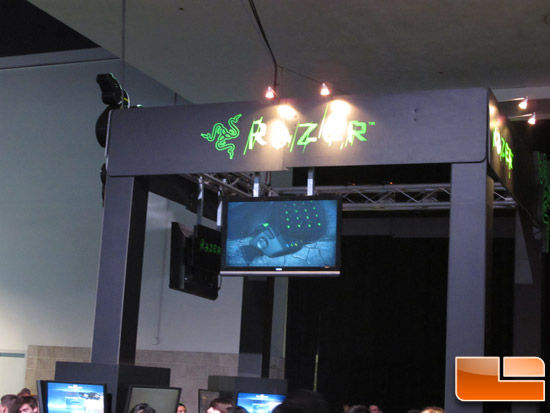 There was no way you could get around seeing Razer at BlizzCon this year.  Every PC station in the Diablo III, StarCraft II, and World of Warcraft hall were outfitted with Razer Banshee Gaming Headsets, Razer Marauder Gaming Keyboards, and Razer Spectre Gaming Mice. 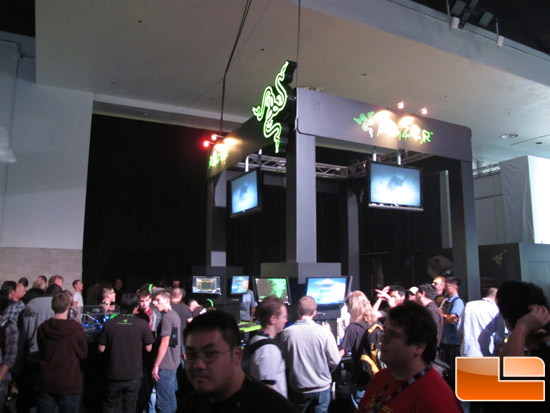 While we didn’t get to see any upcoming tech coming from Razer, it was certainly good seeing how popular their peripherals were to the Blizzard community. 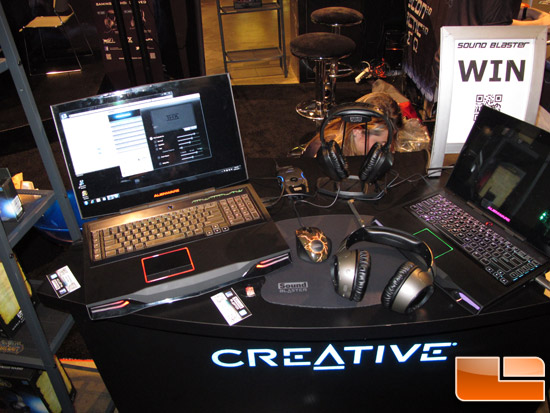 Creative Labs was in the house as well showing off their Tactic3D Omega Wireless Gaming Headset that we previewed at 2011 E3 Expo.  The wireless headset is built for your PC, Microsoft Xbox 360, and Sony PlayStation 3, and features 50-mm drivers, a noise canceling headset and earcups that have a nice blue glow.  These wireless headsets are definitely on our holiday wish list and it was good to see them featured proximately at BlizzCon.

Here is our video interview of Creative from earlier in the year giving us an overview of the Creative Labs’ Tactic2D Omega Wireless Gaming Headset and Recon3D:

Well, that about wraps up this years’ coverage of BlizzCon 2011.  We had another blast at this year’s BlizzCon event.  The hardware community represented with a number of different hardware offerings to make the hardware enthusiast feel perfectly at home at one of the largest gaming conventions in the world. We certainly hope to see more vendors participate in future events as well.

Remember, if you haven’t done so already, please check out our BlizzBabe coverage on all the Booth Babe and Cosplay costumes of 2011, as well as our BlizzCon Wrap-up where we cover all the software announcements that happened over the weekend. See you next year!