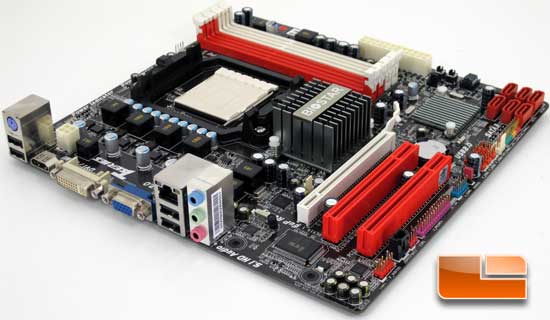 The BIOSTAR TA890GXB HD motherboard has a few exclusive features that are worth mentioning. One of the exclusive features is BIO-unlocKING. It isn’t exactly a secret that many of the current X2 and X3 AMD processors are actually quad core processors that have had one or more cores “locked”. There are multiple reasons that this has been done; it could be a bad core or that they simply didn’t need any more of that particular processor at that time. Either way, BIO-unlocKING has the potential to unlock those “locked” cores and turn a processor like the AMD Phenom II X2 555 into a quad-core processor!

Another of the exclusive features is BIOSTAR “GPU” Technology. The BIOSTAR G.P.U is a green power utility. What this does is disables the extra power phases to the CPU while under light load. If you want to monitor the number of phases that the CPU is utilizing, there are two ways. The first is the onboard LED’s, which is fine if the BIOSTAR TA890GXB HD isn’t in a case. Once installed into a case it’s not exactly practical to keep an eye on those lights. 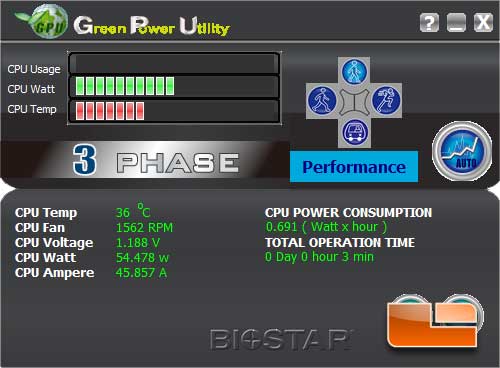 That brings us to the second way you can monitor the power phases. There is a desktop GUI that you can install from the driver disk that will tell you how much power you are using for the processor, temperature, CPU fan speed, CPU Voltage, Wattage and, of course, number of phases.