Samsung quietly revealed their 980 Pro PCIe Gen 4 NVMe SSD series at CES 2020. This is a big deal for Samsung as it is their first consumer SSD to arrive that supports PCIe 4.0. We were shocked how low-key this debut was. Since the information is limited to just what is on the wall there really isn’t much to talk about. The Samsung SSD 980 PRO is capable of reaching sequential read/write speeds of up to 6500 MB/s read and 5,000 MB/s write. The 980 PRO will be available in 250GB, 500GB and 1TB capacities, which means that Samsung is likely using 2-bit MLC NAND Flash (Samsung V-NAND) for this series. The only other bit of information that Samsung was willing to share is that they would give us more information on the 980 Pro SSD in Q2, 2020. 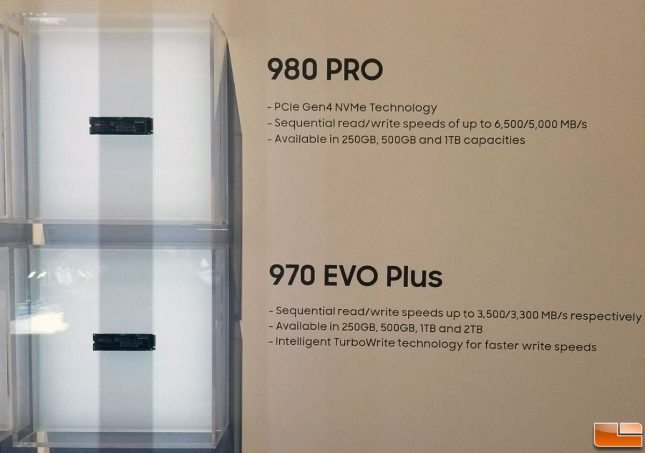 Phison played a big role in the SSD market in 2019 by being the first consumer controller to market for PCIe Gen 4.0. This really helped AMD launch 3rd Gen Ryzen platforms as it was able to be introduced with Gen 4×4 SSDs that were capable of reaching over 5 GB/s of bandwidth.  Phison’s PS5016-E16 controller powers every consumer PCIe Gen4 SSD on the market today, so where does Phison go from there in 2020? 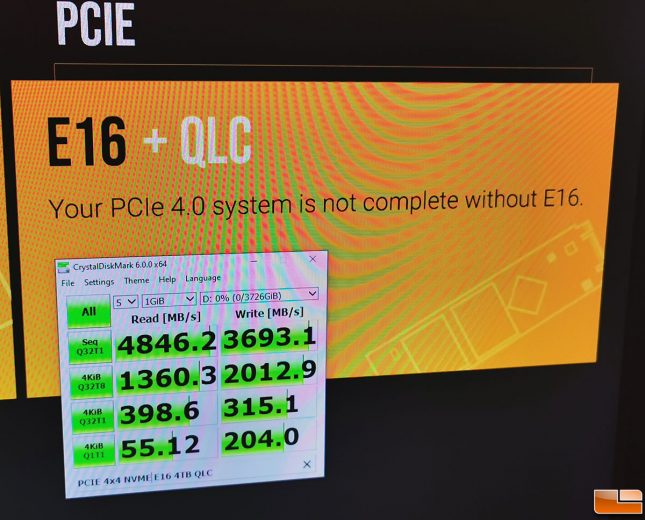 Performance on a 4TB drive with the E16 controller and QLC NAND Flash memory is looking good as Phison was showing they were reaching 4,846 MB/s read and 3,693 MB/s write for sequential speeds. Random 4KB performance was at 55.1 MB read and 204 MB/s write at QD1. 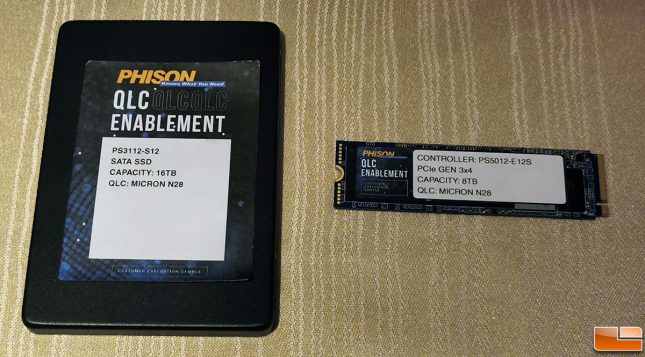 Phison was also showing off Micron QLC NAND Flash memory on other product series at even higher capacities in their suite. They had a 16TB 2.5-inch SATA SSD with their PS3112-S12 controller and an 8TB M.2 NVMe SSD with the PS5012-E12S controller. 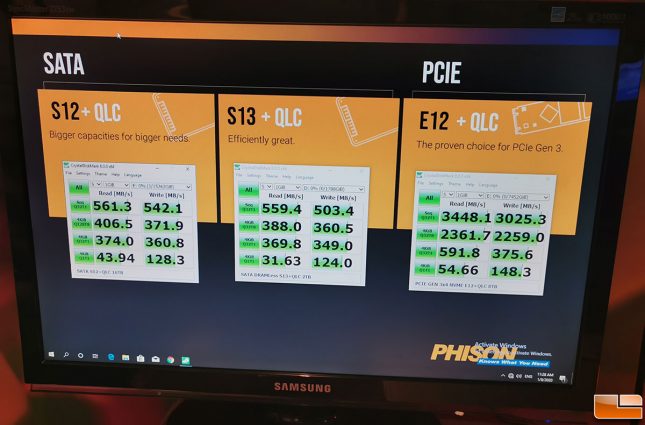 They are seeing sequential read/write speeds of up to 561/542 MB/s on the 16TB SATA SSD with the S12 controller and QLC NAND Flash. With the 8TB M.2 drive running the E12 controller with QLC NAND Flash they are up to 3448 MB/s read and 3025 MB/s write. Very impressive performance numbers for such large capacities. Having a 16TB 2.5-inch SATA SSD and 8TB M.2 2280 NVMe SSDs will be nice for consumers looks for more dense storage options.

KIOXIA, formerly Toshiba Memory, doesn’t have a consumer presence any longer in North America, but we still stopped by to see what they have been up to.  The one product that really stood out was the Kioxia CM6 Enterprise Class SSDs aimed at data centers. 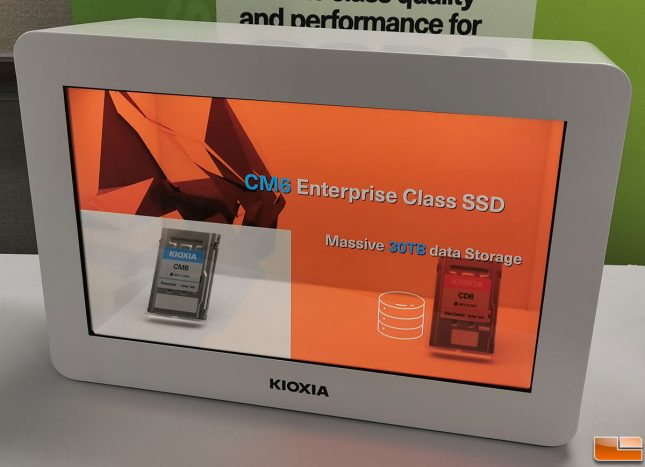 This U.3 form factor drive uses the latest PCIe 4 NVMe specifications and is capable of reaching speeds of up to 6,700 MB/s. Oh, and since the CM6 uses BiCS4 96-Layer NAND Flash a single drive can now hold 30TB of data! That is big news for data centers as they now have access to 30TB drives that use the PCIe 4.0 interface. 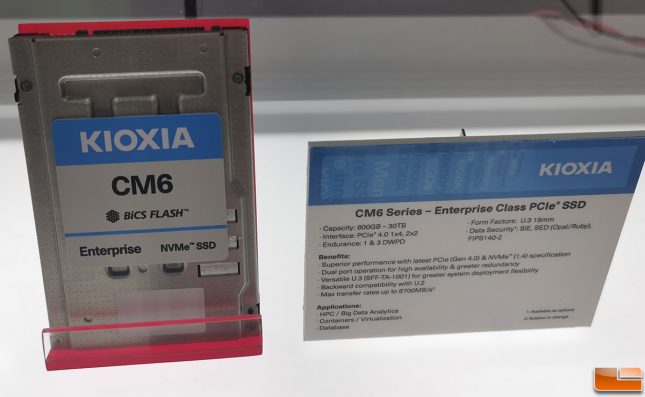