Using the Integrated Benchmark should give us a good idea of what the game should run like, however we have seen it’s not entirely a good representation of actual gameplay. So, using FRAPS 3.5.99 we did did some running around on the first island to get an idea of actual gameplay. While there is a good randomness to some of the testing, we attempted to keep things as accurate as possible. To cover various scenarios for testing, we first took the Batmobile around the island, then we took to the air with gliding and using the grappling hook, and finally ran around on the ground fighting some thugs.

We see a huge difference between our manual FRAPS benchmarking and what results that we saw with the built-in benchmark. Take the Radeon R9 390 8GB video card for example. The R9 390 averaged 85 FPS with the built-in benchmark at 1920×1080 and performed the best of the two cards. Here in the manual FRAPS testing the card averaged just 68.5 FPS and was slower than the GeForce GTX 970 4GB video card! The Radeon R9 390 also dipped down to 22 FPS on manual testing compared to just 55 FPS with the games internal benchmarking tool. Enabling NVIDIA Gameworks dropped the FPS from 73.1FPS to 62.2FPS, or around 17% on the GeForce GTX 970 when all those features were enabled. Between the NVIDIA based GTX 970 and the AMD based 390, we received a 7% difference in performance. Gameworks on the NVIDIA 970 added an additional 9% difference in performance compared to the AMD 390. One big difference here is the NVIDIA card ran smoothly throughout testing, where the AMD 390 started having some stutters and fall through the world, causing a temporary distraction.

Increasing the resolution up to 3840×2160 the AMD issues increased even more, to a nearly unplayable state. Falling through the world at least every 2 minutes, and severe stuttering making all aspects of gameplay difficult. Again, almost a 21% drop in performance for the AMD 390 compared to the NVIDIA 970, even with Gameworks enabled, the GTX 970 outperformed the AMD 390 (just slightly). 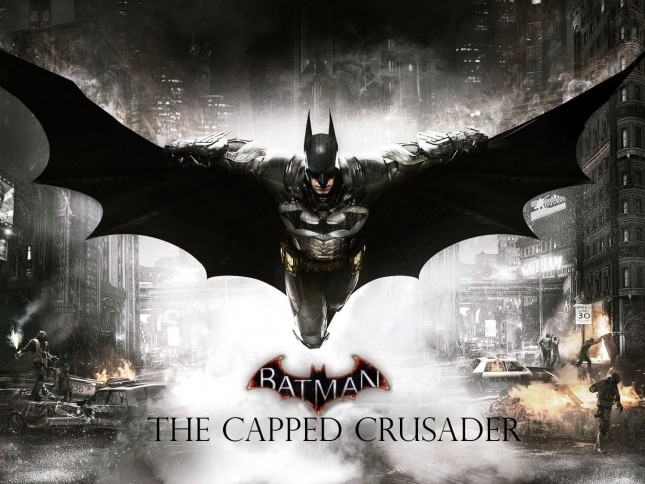 Batman Arkham Knight has had many performance issues reported since its release. While we haven’t had much time to get into the game, with about 3 hours of actual game play, as it stands at release, the gaming performance hasn’t been too bad at the lower resolutions; some screen tearing at the cut scenes, and dropped frames on the AMD 390 are the biggest performance issues that comes to mind. Thankfully, when playing on the NVIDIA GTX 970, we haven’t experienced the dropped frames and game freezing that many others are reporting.

While the additional graphic options provided by Gameworks will lower the performance numbers, it certainly makes the game look better and pulls you into the world more. Whether the change to performance is worth the added graphic features will be up to the individual user. In my opinion, even though not all of the graphic features are available, after playing Batman Arkham Knight with the Gameworks settings enabled, it would be hard to go back to playing without them. It’s like going from watching Blu-Ray movies back to VHS.