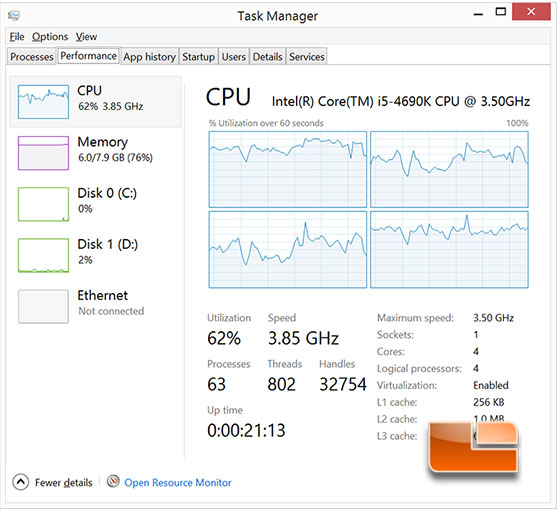 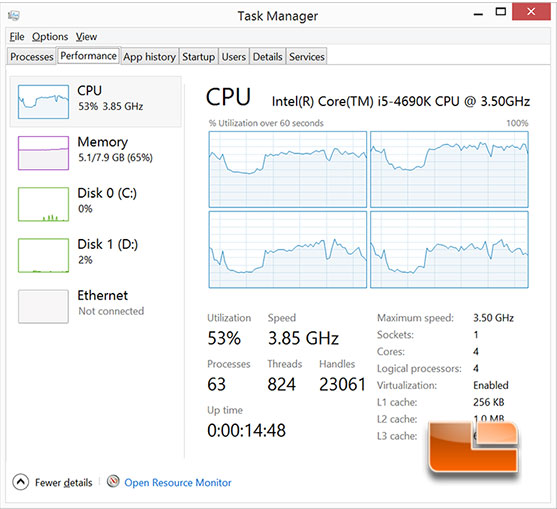 During the various test runs CPU utilization was rather high across the board. Several times it would ping at 100%, however at time time of taking the CPU utilization sample there was approximately 11% difference between the two, in favor of the eVGA GTX 970SC. When looking at the graphs, overall we can see that the eVGA GTX 970SC was less of a CPU hog than the Sapphire Nitro 390.

Batman Arkham Knight uses a lot of CPU processing power, which is the reason for the high system requirements. Don’t expect to do much multi-tasking while running Batman Arkham Knight, and it would be best to play on a freshly booted machine, with as much shut down in the background as possible. This is probably where most performance issues are taking place, with the CPU optimization. Shut down as many unnecessary processes and applications before trying to play Batman Arkham Knight to reduce the CPU load.