We wanted to test out the battery on the Pantech Element, but we did so using our own methods. When we travel we use our tablet PC to watch movies. Most of the time when we are on a plane or stuck in a car on a road trip it is during the day and you have to crank up the screen brightness in order to be able to see anything. We increased the screen brightness to 100% and left Wi-Fi and the LTE wireless networks enabled as with inflight internet and smartphone tethering being more adopted we felt that was the best way to test tablets for our readers. Some sites turn off Wi-Fi and lower the screen brightness, but we don’t feel that is something most people do in the real world. 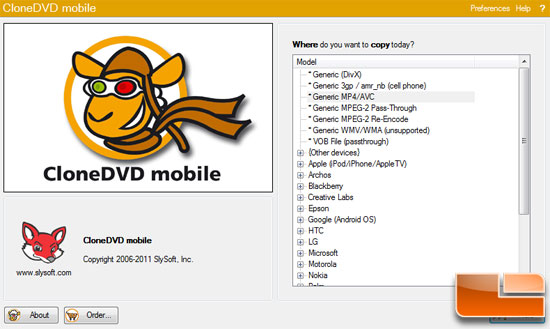 We wanted to put a full length movie on our tablet, so we turned to Slysoft for a solution. We were able to use AnyDVD HD and CloneDVD mobile to ‘backup’ our store bought DVD movie on our laptop. For this review we used the movie ‘Something Borrowed‘. 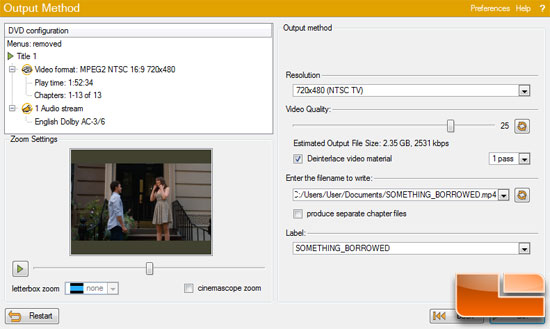 We converted the movie from MPEG2 to MP4 at a video bitrate of ~2500 kbps. We then transferred the file to the tablets with the included USB data cables. We then played the movie with the built-in player until each tablet shut down when the battery died. 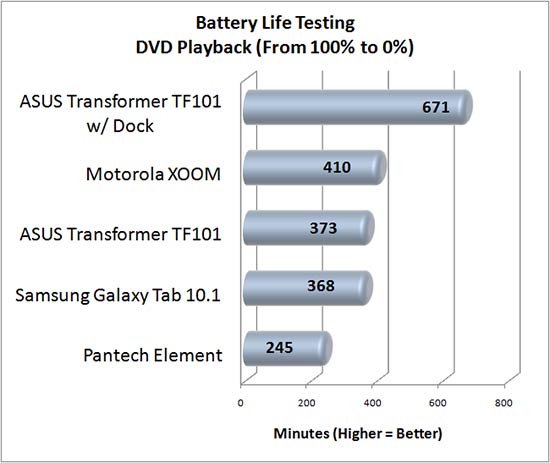 The Pantech Element lasted just past four hours when playing a DVD quality movie back. Not bad performance, but it falls short for those with long international flights or cross country flights and road trips. We used the Pantech Element on a flight from St. Louis to San Francisco with a layover in Dallas and we ran out of battery life before we made it to San Francisco after watching a movie and doing some web surfing with GoGo Inflight Internet. AT&T says the 6400 mAh battery inside the Pantech Element should last for up to 12 hours of use, but whatever usage scenario they are using certainly doesn’t include watching movies. 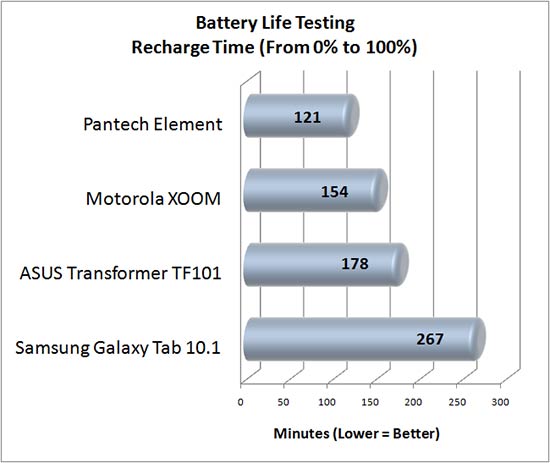 Once your tablet PC battery dies you want to get it fully recharged as soon as possible, so we timed how long it takes to get the tablet back to a fully charged status indicator. The Pantech Element does really well in this test, but it also has the smallest battery of the bunch. We used the included wall outlet adapter for recharging times to keep all the tablets consistent as often USB chargers on computers and laptops have different output ratings.