The ASUS Zenbook Prime scored P611 on 3DMark Vantage with the performance preset. The Intel HD 4000 graphics scored 525 on the GPU test and the Intel Core i5-3317U processor scored 3179 on the Physics test. 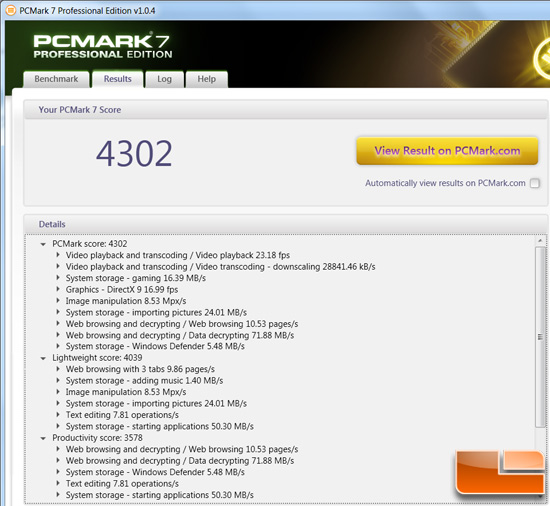 In PCMark 7 we found the ASUS Zenbook UX31E had an overall score of 4302, which is very good for an ultrabook! 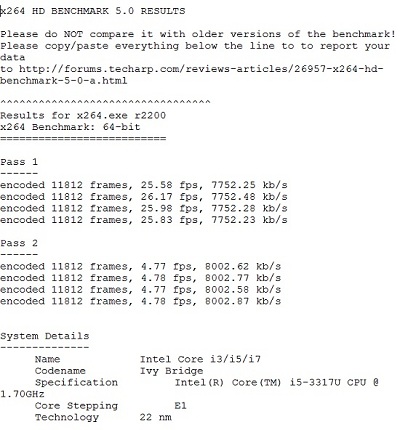 One of the big video encoding benchmarks right now is x264 HD v5.0.1, so we ran that and found that this ASUS Ultrabook averaged 26 FPS on the first pass and just under 5 FPS on the second pass. 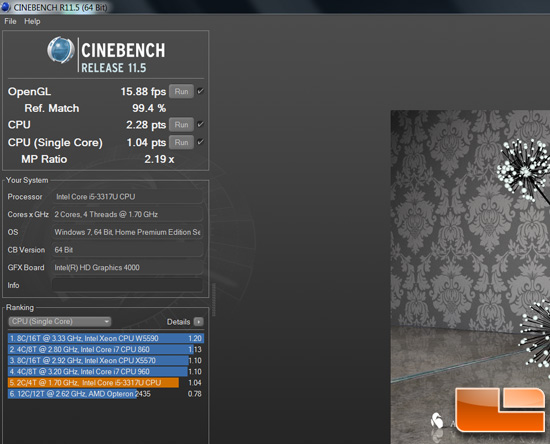 Moving along to Cinebench we found the ASUS Zenbook UX31A with the Intel Core i5-2557M processor scored 15.88 FPS on the OpenGL benchmark and then 2.28 points on the multi-core CPU test. 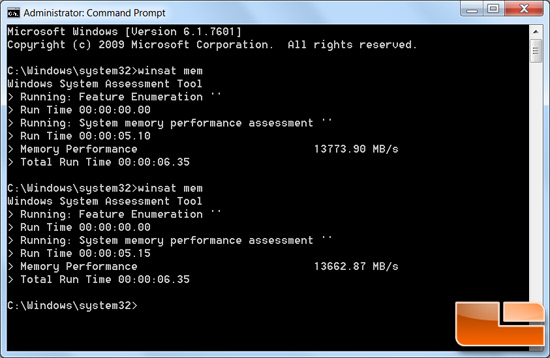 A quick look at the memory performance showed just shy of 14 GB/s of bandwidth on the 4GB of DDR3 1600MHz memory! 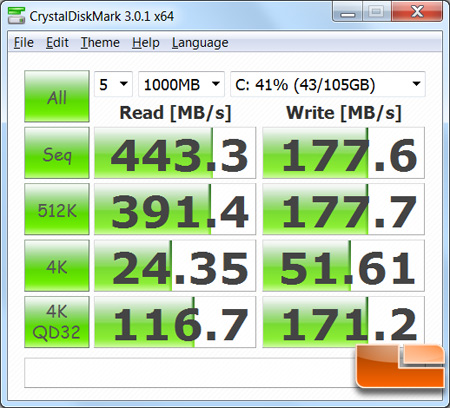 A quick run of CrystalDiskMark v3.0.1 showed the sequential read speed at 443 MB/s and the write speed at 178 MB/s! 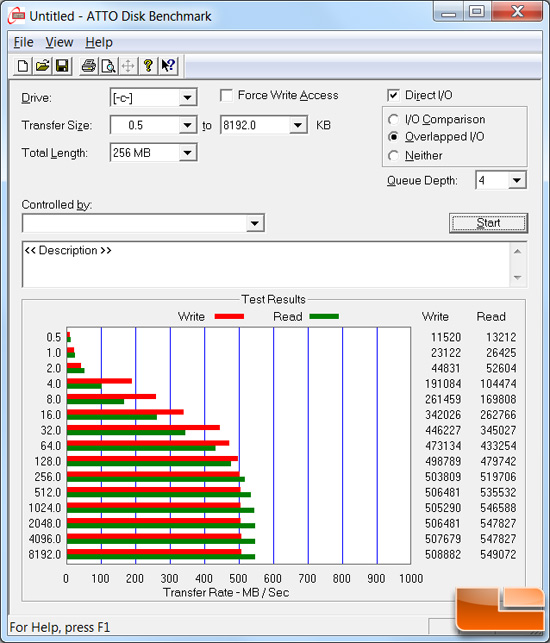 Taking a look at another storage benchmark called ATTO, we find that the SSD reaching speeds of up to 549MB/s read and 509MB/s write! 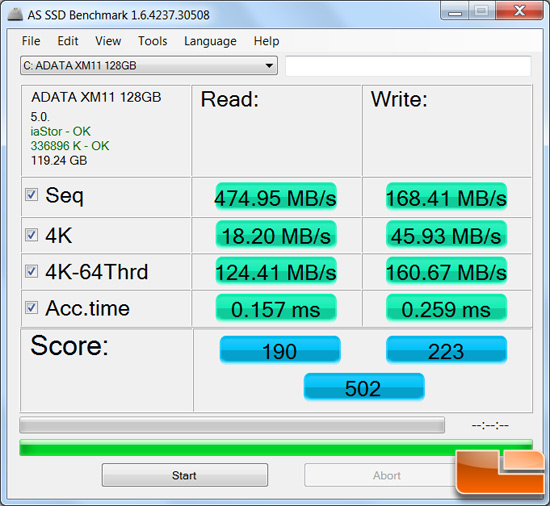 The final storage benchmark that we wanted to run was AS SSD and it showed 475MB/s read and 168MB/s sequential write speeds. As you can see this Ultrabook storage drive is much faster than standard notebook hard drives. 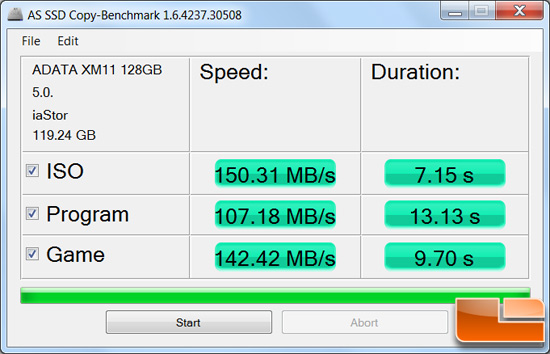 The AS SSD Copy-Benchmark results with the ADATA XM11 128GB SSD are also very impressive. 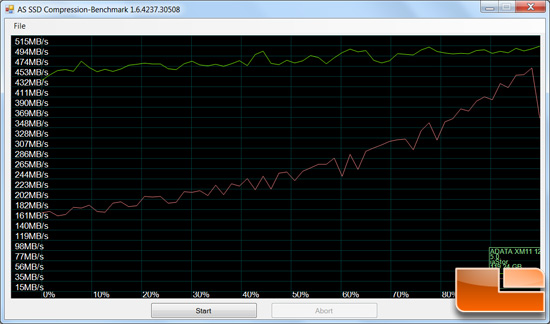 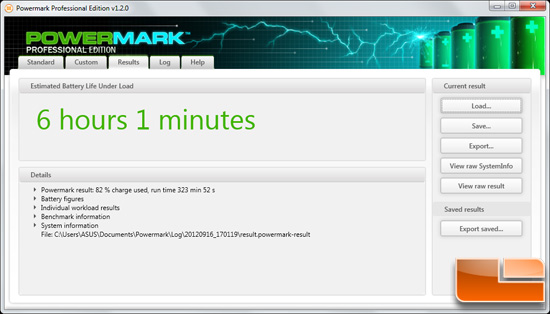 When it comes to battery life the ASUS Zenbook Prime was found to last around 5-7 hours when used on the road. We used PowerMark to see how the battery performs in a real battery life test and found that would last 6 hours and one minute. Not bad battery life and it easily makes it from New York to Los Angeles on a direct flight as we used it once with GoGo in-flight internet on battery saver mode and it lasted!