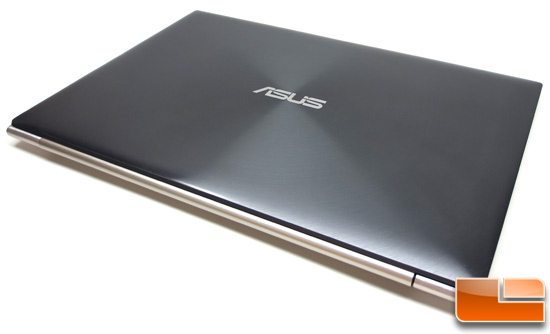 The ASUS Zenbook Prime back is simplistic with no removable covers and not even the Windows sticker (it is on the power brick). 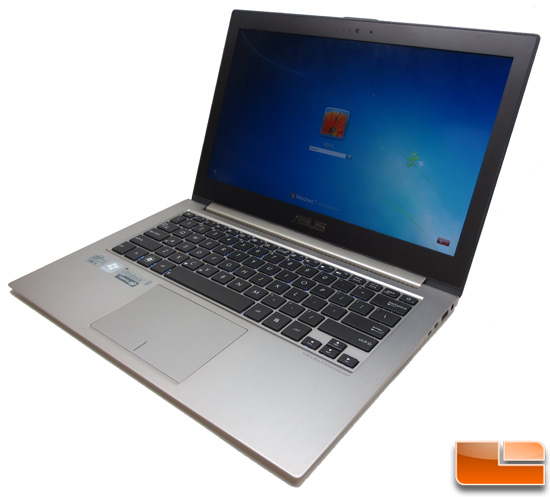 The ASUS Zenbook UX31A is very thin with the front measuring only 3mm and the back being just 9mm thick. The thin edges and bold lines, help make the Zenbook Prime one very attractive Ultrabook! Since this Ultrabook is so thin you won’t be finding an optical drive or removable battery pack, but ASUS did include an HD 720 CMOS camera, a microphone, Bluetooth 4.0 and 80.11 b/g/n functionality. 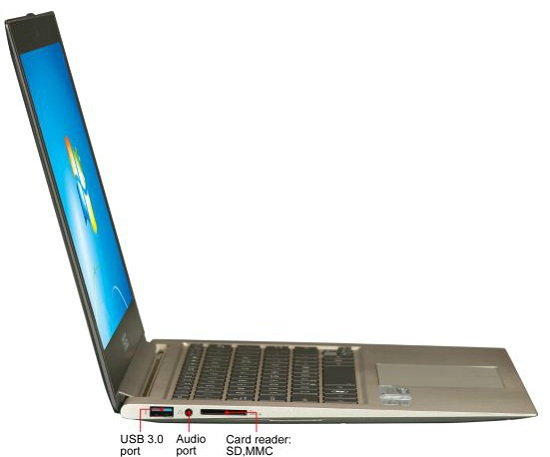 Since the ASUS Zenbook Prime UX31A is so thin it can’t support that many features, but ASUS has done a fairly good job at giving you everything you need.  On the left hand side of the Zenbook you’ll find a USB 3.0 port, headphone jack, and the SD/MMC memory flash card reader. 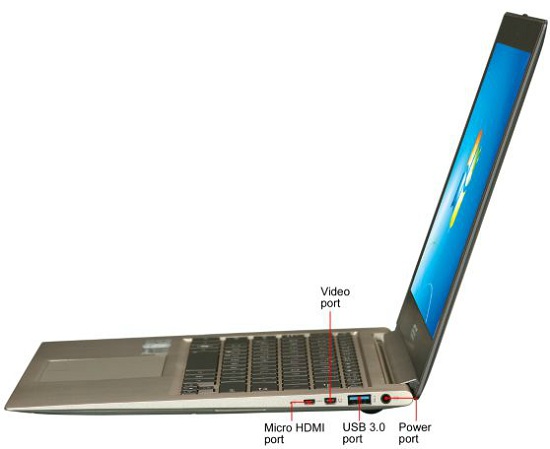 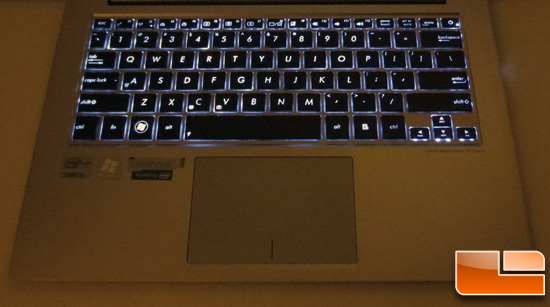 ASUS went with an illuminated Chiclet-style keyboard on the Zenbook and it was one that we became comfortable with fairly quickly. The keys are large and widely spaced, which is what took a little getting used to. The interior of the ASUS Zenbook is similar to the outside, but rather than using a swirl finish, they went with a vertical brush finish on the aluminum housing. 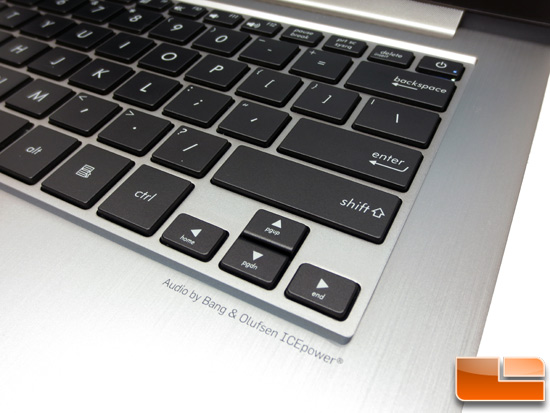 The arrow keys are smaller than the others, so if you use those keys a bunch and have big fingers you might run into some issues. ASUS uses SonicMaster technology for the speakers on the Zenbook that they co-developed with Bang & Olufsen ICEpower. The Zenbook uses a pair of 2W speakers that are located on the left and right side under the keyboard area (you can see them on the next page when we take the Zenbook apart). They sound great and don’t distort too much with the volume maxed out.

The one thing about the keyboard that we absolutely hate is where the power key is located. For some reason the engineers at ASUS placed the power button on the keyboard on the upper right corner right next to the delete key. We do our fair share of writing and editing here at Legit Reviews and we accidentally hit this button more than once, which put the Ultrabook to sleep rather than deleting what we wanted. As with any new keyboard you get used to it, but it bothered us and we were always worried about hitting the power button when typing. 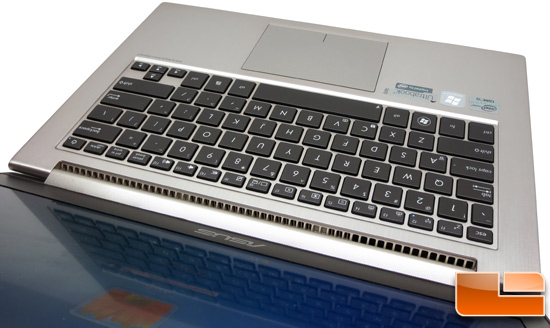 The ASUS UX31A Zenbook cooling fan is
nearly silent at an idle, but if you start putting the notebook under a
moderate to heavy CPU workload the fan kicks in to keep the processor temperatures down. The fan speed ramps up and down rather smoothly,
but you can hear it in a quiet room. You might have noticed that this notebook doesn’t have any exhaust vents on the side or back and that is because they are hidden down the back along where the hinge would be. The hot air from the single cooling fan inside is exhausted out and up the display from the number 1 to 4 keys. We like this design as it doesn’t blow hot air on either hand! 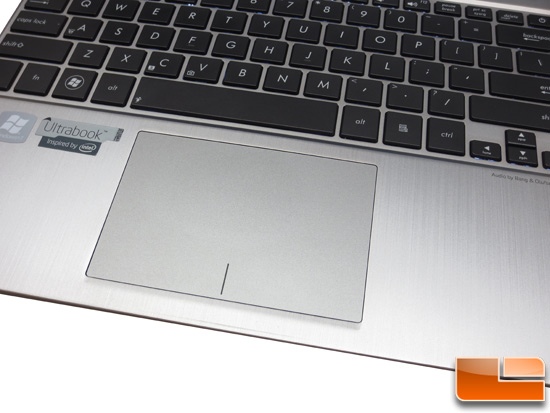 The touchpad used on the ASUS Zenbook is very large and is glass-coated. A small black line visually separates the left- and right-click buttons. This touchpad also supports multitouch gestures and performs very well as ASUS has been refining the drivers for over a year. 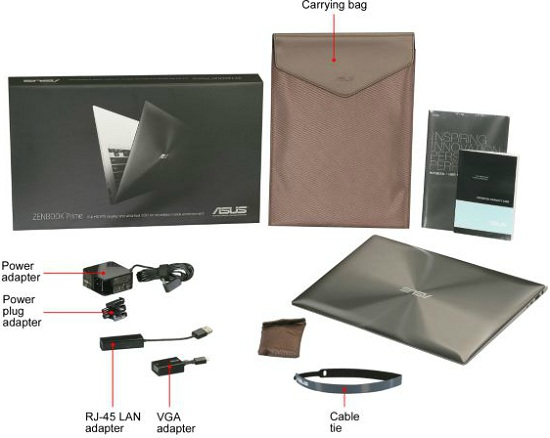 Included with the ASUS UX31E Zenbook you’ll find a fairly decent bundle.  The carrying bag is likely to never be used, but we do like that ASUS included the RJ45 ethernet adapter and the Mini-VGA to VGA/D-sub adapter.  These are two adapters that 99.99% of people don’t have and will be likely used at one point or another if you own this Ultrabook for a number of years.