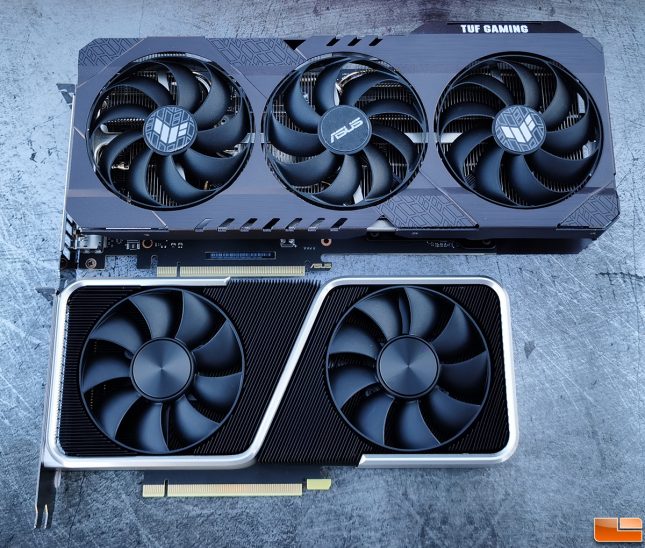 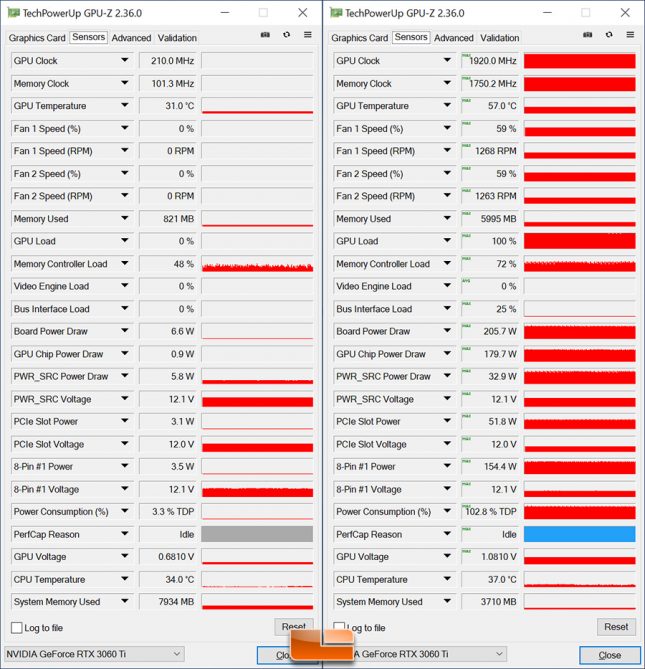 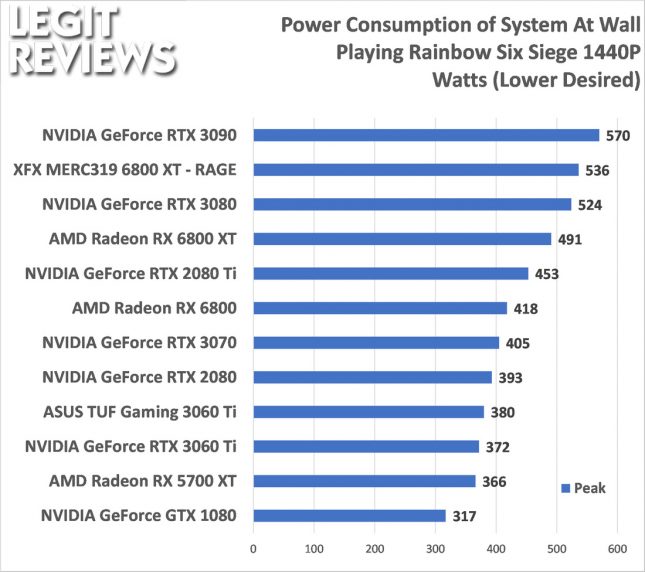 We ran the ASUS TUF Gaming 3060 Ti with the BIOS switch in the ‘P’ position and while gaming we found that it peaked at 380 Watts while gaming. This is 8 Watts higher than the 3060 Ti Founders Edition card and not bad considering it has more fans and lights.