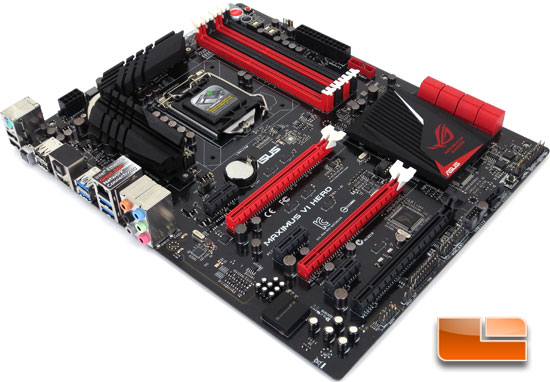 The ASUS ROG series is know for being the best of the best, and it’s certainly and accurate statement. The drawback with the ASUS ROG motherboards that has prevented the masses from picking one up is the cost. Traditionally motherboards like the ASUS Maximus Extreme and Formula carry a pretty steep price. While this is still the case with the latest Intel Z87 motherboards, ASUS is launching a much more budget friendly ATX motherboard with the Republic of Gamers tags. The ASUS ROG Maximus Hero is a full featured Intel LGA1150 Z87 motherboard that will retail for $229.99 shipped. Some will argue that this is still an expensive motherboard, when compared to the Maximus VI Extreme which will retail for $399.99. $229.00 for the Maximus VI Hero will certainly provided more end users to put the ROG board into their systems. 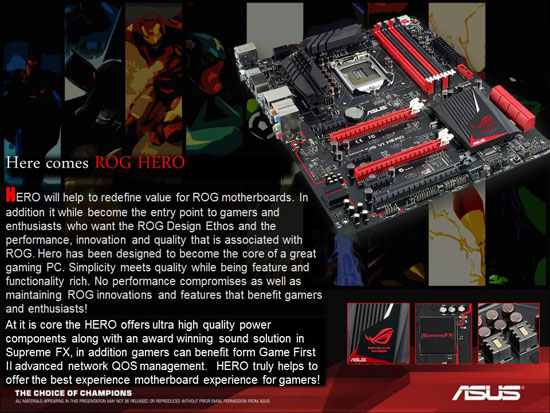 One of the key features specific to the Hero, is the fact that it has the Republic of Gamers quality attached to it. Being part of the ROG elite motherboards offers up a quality that has been previously available to those looking to drop a small fortune on a board. While there are still some certain perks to having a board like the Maximus VI Extreme, though few will truly take advantage of all the features on it. The Hero offers the same level of quality as on the Extreme just a few less bells and whistles. 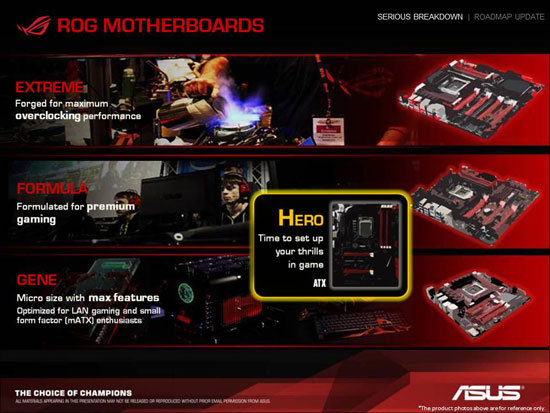 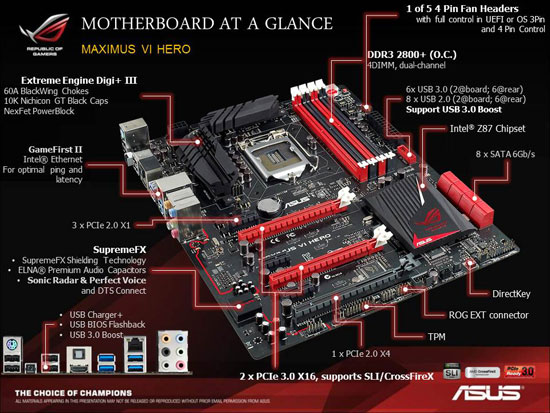 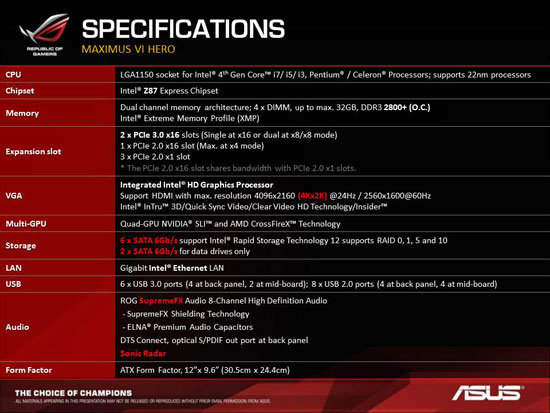 Taking a look at the specifications for the ASUS Maximus VI Hero there are a couple key features to point out. First among them may be obvious but still worth mentioning. The ASUS ROG Maximus VI Hero supports the latest fourth generation of Intel Core i series processors in the LGA1150 package along with the Intel Z87 Express chipset. The Hero also supports dual channel memory at 2800MHz (O.C.) up to 32GB worth. If you’re looking to run the integrated graphics, the ASUS Maximus VI Hero only has a single HDMI out, though it does support the latest 4Kx2K video.

Join us on the next page where we delve a little deeper into the technologies.