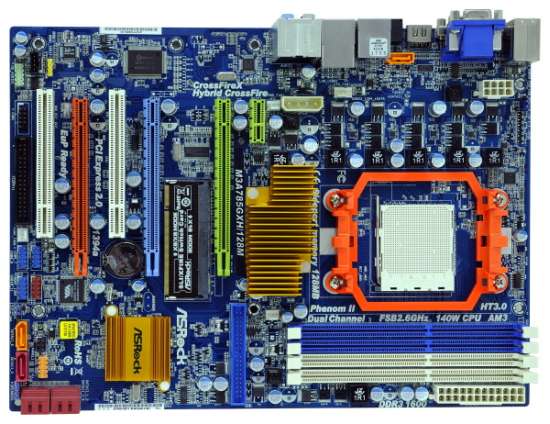 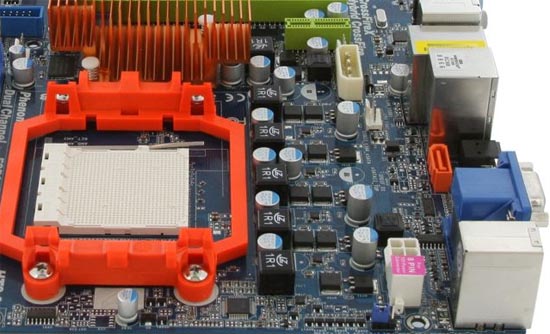 The ASRock M3A785GXH128M features 4 DDR3 slots and supports memory up to DDR3 1600 in Dual Channel mode.  One word of caution, however, is that we were unable to use extended height modules on the two blue slots with our Xigmatek DK-S1283V, and this will hold true for most large coolers so if you use ram with a big fancy heat sink then this board might not be for you. 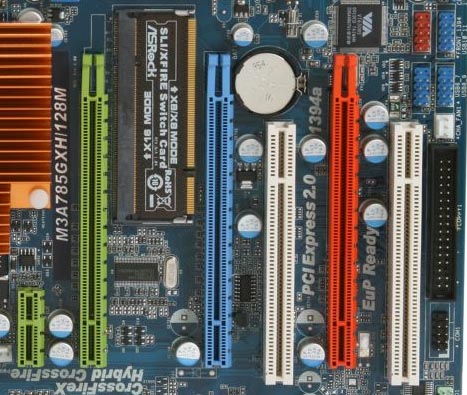 The ASRock M3A785GXH128M’s PCI Express layout allows for CrossFireX support, which is great for a board in this price range. ASRock has included a total of three PCIe x16 slots. The AMD 785G chipset only has 16 lanes for graphics, so you either have a single x16 slot or two x8 slots for CrossFireX mode. The last x16 slot is simply an x4 slot running off the Southbridge. ASRock cut costs and rather than using a digital switch they have implemented a switch over paddle card in order to enable CrossFireX. You have to take the video card out, switch the paddle around, reinstall that video card and then install the second video card to properly enable CrossFire. Also seen in the picture above is the PCIe x1 slot that sits above the top PCIe x16 slot and two PCI legacy slots make up the expansion possibilities. 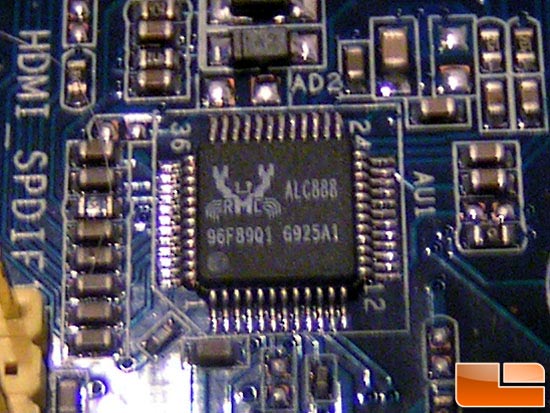 The ASRock M3A785GXH/128M features the Realtek ALC888 audio chip.  The chip is capable of 7.1 surround sound.  The chip is also able to decode EAX 1.0 and 2.0.  I was able to hook up the sound from this chipset to my Yamaha HTR-5750 receiver through a TOSLINK cable and the sound was better than I had expected.  Truly, onboard audio has come a long way in the last 5 years.

ASRock was nice enough to include a removable BIOS chip with their M3A785GXH/128M.  If you manage to foul up your BIOS you should be able to just get a replacement BIOS chip rather than have to RMA the entire board.  The BIOS chip itself comes with a sticker denoting what version it is.  This is yet another feature you don’t normally expect on a sub $100 dollar board.

Around the back of the ASRock M3A785GXH/128M we see the board’s I/O layout.  The board has 3 different display ports!  Offering HDMI, DVI and VGA options this board is packed with display options.  On the audio front we have S/PDIF as well as the usual assortment of 3.5mm jacks.  The board also features 1 firewire, eSATA and 6 USB.  A lone PS/2 port is available for older mice or keyboards. 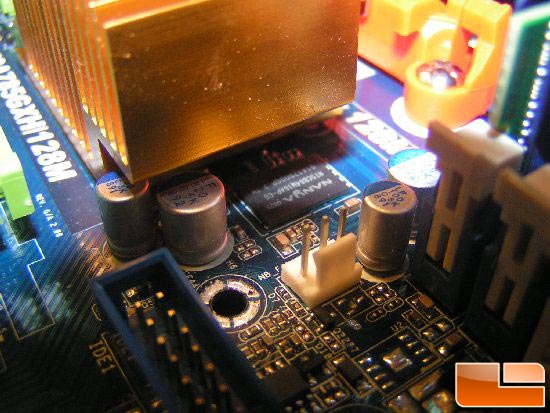 Under the Radeon HD 4200 heat sink is a lone 128mb Nanya DDR3 module devoted to the IGP.