Ashes of the Singularity is the first game title that uses the explicit multi-GPU abilities of D3D12. In previous APIs, the existence of multi-GPUs was largely hidden to the application and there was no way for the application to drive multiple GPUs. D3D12 enables us explicit control over all GPUs in the system and Ashes of the Singularity has the ability to do arbitrary AFR (alternate frame rendering) on multiple GPUs. The really exciting thing about this feature is that this can occur even if the GPUs are from different vendors! 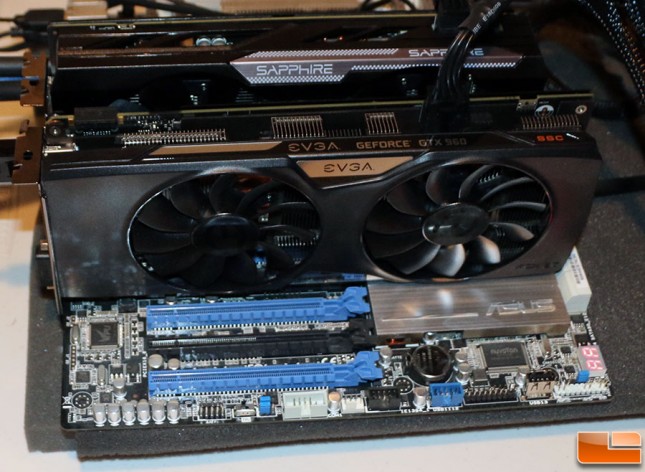 We tested mixed multi-GPU performance on Ashes of the Singularity with the AMD Radeon R9 380X and the NVIDIA GeForce GTX 960 video cards. We’ve seen other sites compare the flagship cards, but not too many have taken a look at the more mainstream cards. 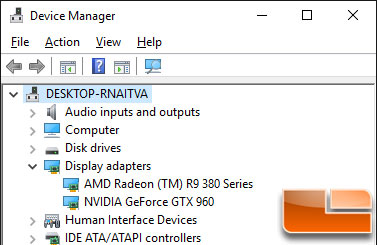 We had no problem getting both GPU’s running on the latest Windows 10 64-bit drivers (Crimson 16.2 and GeForce 362.00) and were off and benchmarking in just a couple minutes. 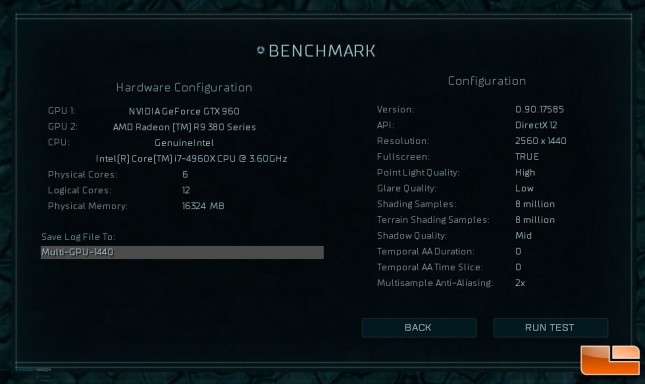 We checked the multi-GPU box in the Ashes of the Singularity benchmark tool and both GPU’s were listed under the hardware configuration as shown in the image above. 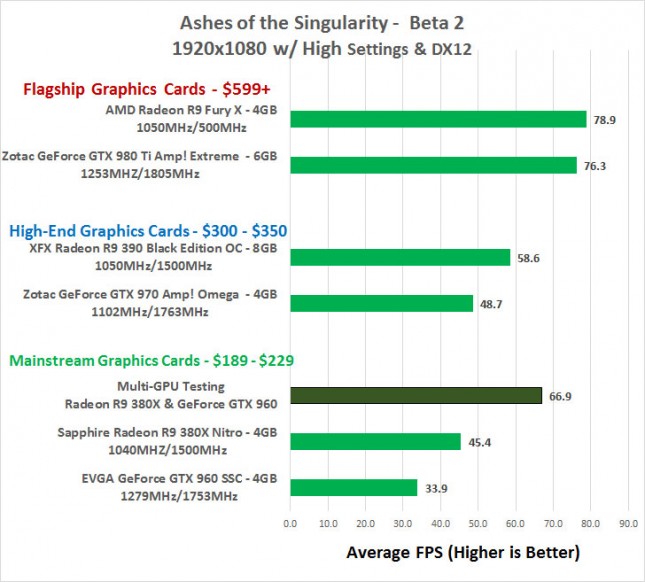 1080P Benchmark Results: It looks like DirectX 12’s explicit multi-GPU support works pretty well as our 2-way mixed card setup from AMD and NVIDIA gave us nice performance gains at 1920 x 1080. We were able to basically double the performance of the single EVGA GeForce GTX 960 and went from 33.9 FPS to 66.9 FPS on average when we combined the AMD Radeon R9 380X and the NVIDIA GeForce GTX 960. The benchmark ran smoothly and looked great! 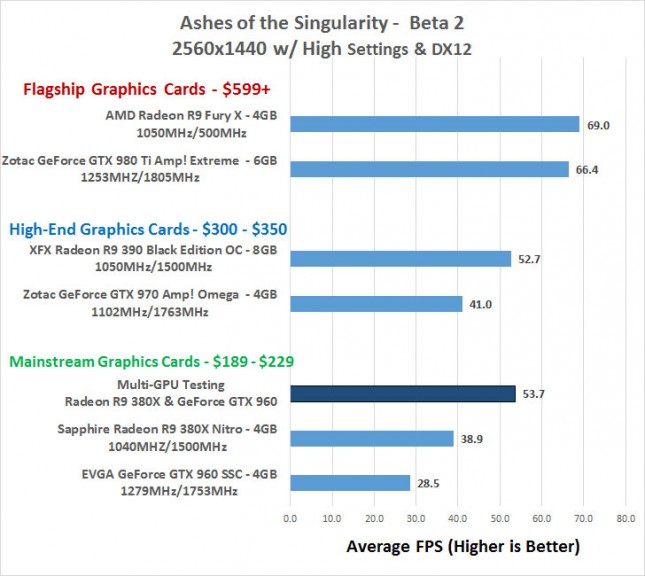 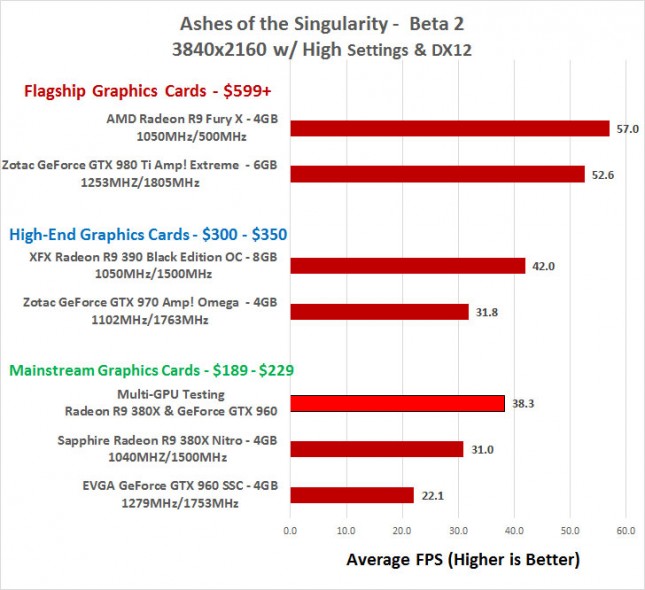 4K Benchmark Results: It didn’t come as a surprise to us, but as we increased the resolution the paired up mainstream cards lost the performance gains it once had over the high-end Radeon R9 390 card. Just not enough horse power in the smaller GPU’s to compete with the larger ones and the 4GB memory is also likely a limiting factor here at 4K resolutions. It is still very cool to see that mixing GPUs from totally different vendors works on DX12!

We are going to conclude with that as this benchmark is still on a game title that is in development and these numbers will likely change more before the final build of Ashes of the Singularity is released on March 22nd, 2016.