Before we look at the numbers, let’s take a brief look at the test system that was used. All testing was done using a fresh install of Windows 10 Pro 64-bit and benchmarks were completed on the desktop with no other software programs running. There has been some concern of people testing a cold card versus a hot card, but we’ve always done out testing ‘hot’ since the site started back more than a decade ago. Oxide recommends 16-32GB of RAM to benchmark Ashes. If you have less than 16GB of memory, your benchmark results might be lower due to disk paging. Oxide recommends testing on at least a quad-core system, since the number of CPU cores in your system will impact the benchmark results. The Nitrous game engine is capable of using many cores though evidence of this many not be visible unless the CPU is the bottleneck of the system. The benchmark is designed specifically to place a heavy game load on the CPU, to simulate large game situations. 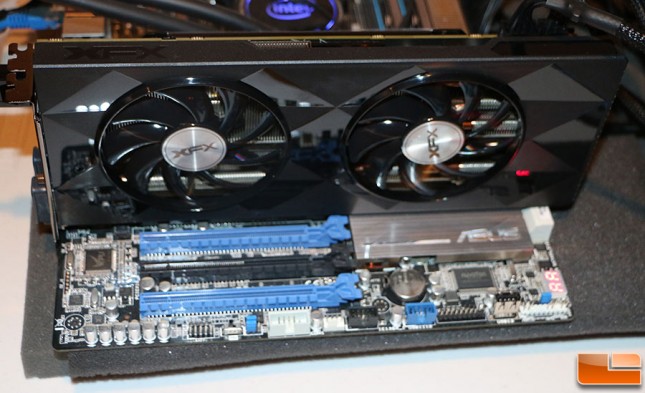