Stardock and Oxide Games released the Ashes of the Singularity Benchmark I in the Fall of 2015 and we ran some tests with the first non-synthetic Direcxt12 benchmark test and found some very interesting results. Ashes of the Singularity uses the Nitrous Engine that is capable of using many CPU cores, so this benchmark should be a good way to look at how current video cards from AMD and NVIDIA will perform on a DX12 game title that has parallel rendering, asynchronous compute and even explicit multi-GPU support. Last week we were given access to the new Ashes of the Singularity Benchmark II tool that has been updated to better replicate real world user scenarios. 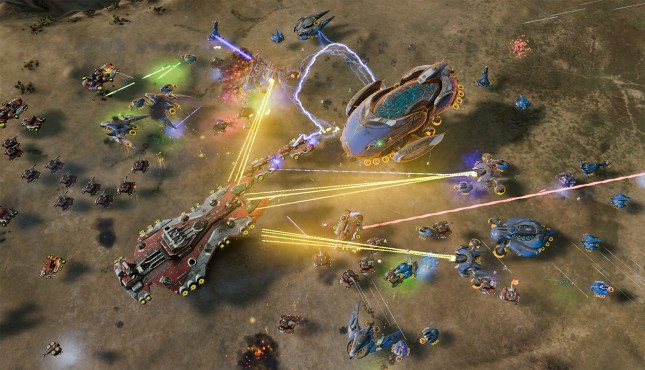 We started to benchmark a handful of video cards on the new Ashes of the Singularity Benchmark II tool, but AMD was late to the driver game again and that Radeon Software Edition 16.2 video card drivers were optimized for this benchmark. Once we got done running the AMD benchmark numbers NVIDIA released GeForce 362.00 WHQL drivers, so we went back and updated all of our numbers again to ensure both AMD and NVIDIA were given a fair shake with the latest drivers. Since we were holding the article to ensure we were using the latest drivers from AMD what harm was there in delaying it a couple more days for NVIDIA.

For testing we pulled out six video cards that we wanted to look at with three being from AMD and two being from NVIDIA. We tried to pair cards together at price points to show DX12 performance at three different price points on current video cards.