Opening the P180’s side panel I was blown away by how much time, effort, and thought went into the production of this case. The interior is divided into two distinct sections. Behind the P180’s ducting system for the CPU, the top section houses the motherboard, Optical drive bays, and one of the two 3.25 drive cages.

This areas, housing the most heat sensitive componets, is cooled by one of the front 120mm fans as well as the top and rear exhaust 120mm fans. I love the concept of removing the PSU from the motherboard area. By sectioning the case and isolating the motherboard, Antec is minimizing the heat buildup around the motherboard itself. 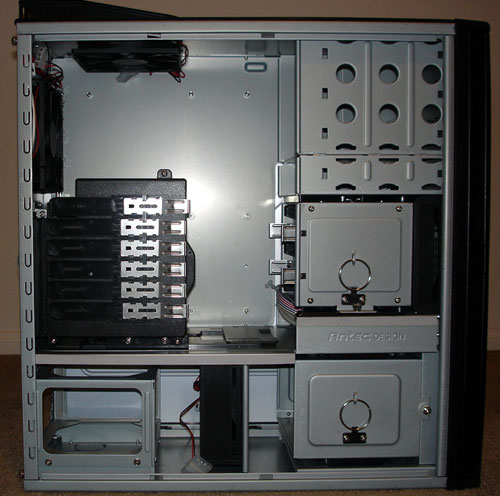 Removing the duct system and HDD cages shows a wide open case with great air flow. While the motherboard is a tad cramped (where have all the removeable trays gone?), the sectioned case, along with the amount of air moved by the fans should create as close to an “open bench” enviroment for your components as possible. 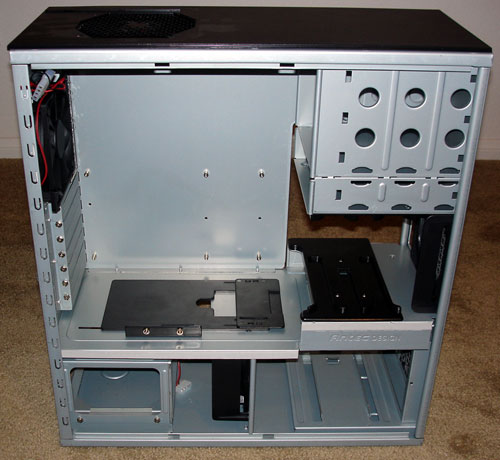 While the PSU is seperated from the motherboard and components, there is an adjustable cover assembly for routing your PSU wiring through. Antec recommends using their NeoPower 480W or Phantom 500W PSUs with this case, my guess is that they have longer power cables and are overall optimized for the case’s configuration 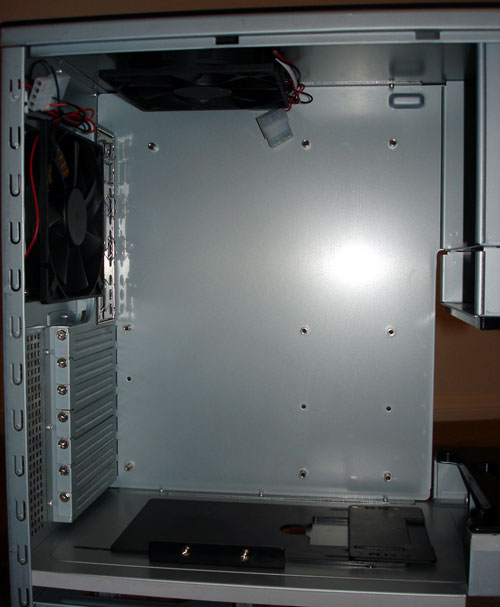 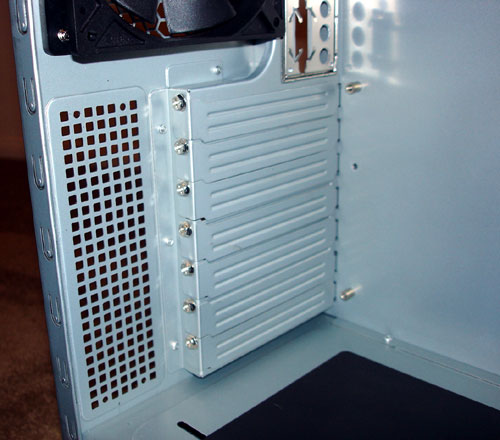 Like the rest of their 2005 line, Antec bypassed the “tool-less” design implemented by most other companies. I have never cared for “tool-less”, as after switching video cards or other devices in and out, they tend to break after a couple of changes. 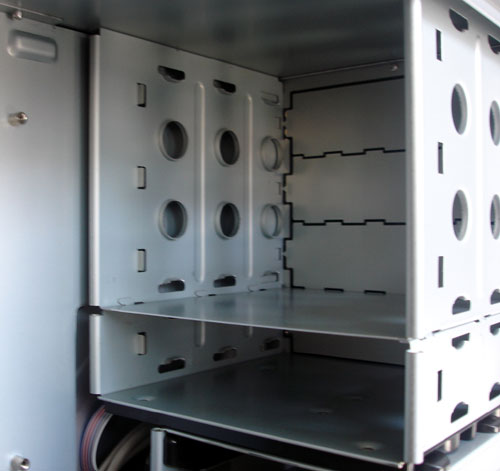 When it came to the 5.25 and external 3.5 drive bays, Antec also stuck to what has worked for them. Instead of the plastic rails with plastic tabs, Antec instead secures theiors to the drives with screws, meaning the user is going to have to spend a few minutes assembling their drive configuration, but it also means these rails are going to last a lot longer. 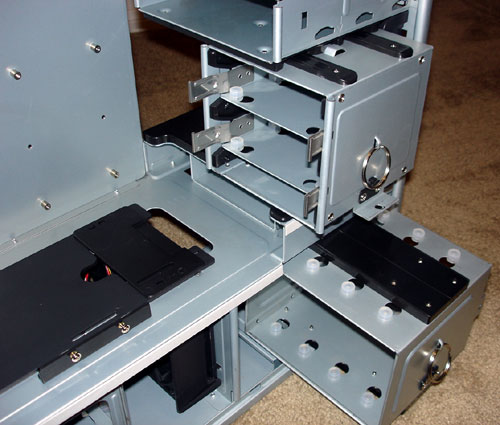 The P180s HDD cages are in my eyes the finest I have ever seen. Secured by thumb screws and a very nice track system, there is nothing cheap about these cages. The top cage features the removable trays found on the Sonata II, with individual removable trays and vibration dampening silicon plugs.< ?xml:namespace prefix = o ns = "urn:schemas-microsoft-com:office:office" /> 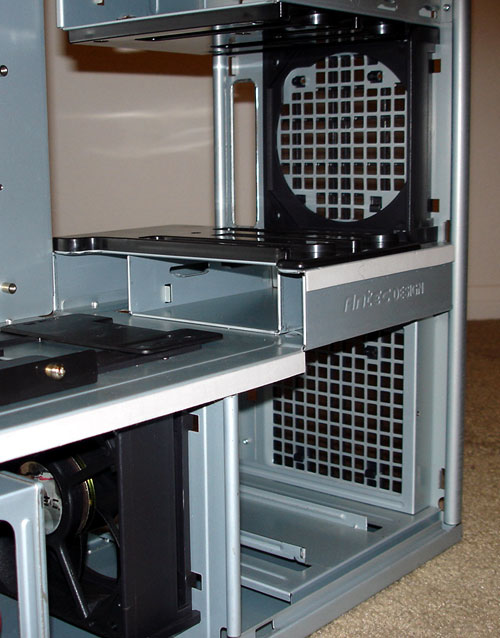 Removing the 3.5 drive bays exposes the rail system holding them in place, as well as the 120mm fan spaces. The drive bays are held in place by thumb screws which do a great job, yet are easy enough to remove without issue. Antec also included a ring attached to the side of the bays for removing them quickly and easily. 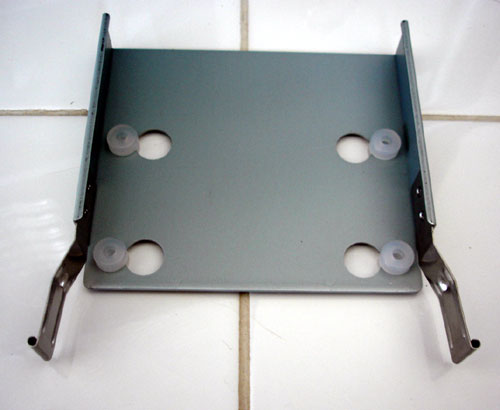 While the bottom HDD cage mounts the drives sideways and doesn’t allow for individual removal, the top cage is much like that of the Sonata II, each drive sits in an individual tray within the cage. All drives are secured by screws as well as silicon grommets that reduce vibration and sound.

One problem i have is after assembling a system, I always end up misplacing screws, or leaving them on the floor, usually to be found early in the morning by a very unhappy barefooted wife. The P180’s top HDD cage features a nifty little storage compartment where you can easily stash your extra screws once you are finished installing your components. 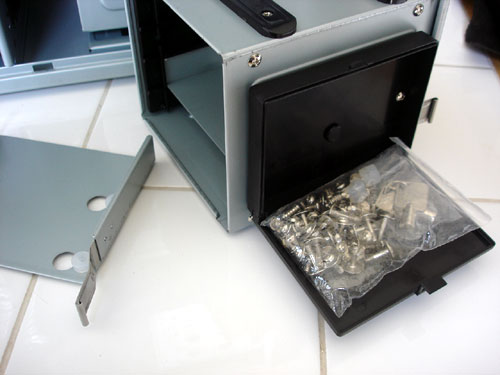 While I personally don’t care for the ducting system, others might actually use it. Then again it is easily enough removed without destroying the airflow or layout of the case.

While the P180 features many of the same characteristics that have made their previous cases such a success, it also introduces an entirely new look and some very nice features of its own. Heres hoping that their future cases build upon the very strong foundation laid by the P180.