Bluetooth Pairing The SP1 Speaker and First Use

We paired the AMP SP1 Bluetooth speaker to the Samsung Galaxy S4, Google Nexus 7 (2013) and the Apple iPhone 5 with no issues at all. It should be noted that two devices can be paired to the SP1 at the same time. The image below is what we saw on our Samsung Galaxy S4 when we went to pair the devices. You should see ‘SP1’ come up on the list and you just need to click on it to ‘pair’ the two devices together. Once the two devices are connected, you’ll be taking calls on the SP1 and using it to listen to your music. 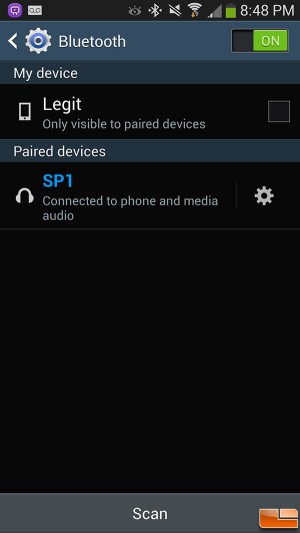 So, after charging the AMP SP1 for a few hours and pairing our devices, we were up and streaming music. Once connected, you can raise or lower the volume with your mobile device but you can’t go any higher than the master volume that is set on the AMP SP1. We often left the master volume on the SP1 set to the highest possible setting, so we had full control of the volume with our smartphone or tablet. We are by no means hardcore audiophiles, but we found the sound quality to be good considering it’s compact size, although it was a bit on the flat side. The AMP SP1 has multiple speakers, but we could quickly tell that this is not a stereo speaker as it runs If sounded a little flat though and was certainly not as crisp as some of our wired speaker solutions. We tried to adjust the audio profiles on our mobile devices, but most of the sound effects and settings are not supported by Bluetooth.

The AMP SP1 really shines when gaming or watching videos or other media as it gives you the volume your phone just can’t deliver and you hear things that your phones internal speaker just wasn’t able to reproduce. 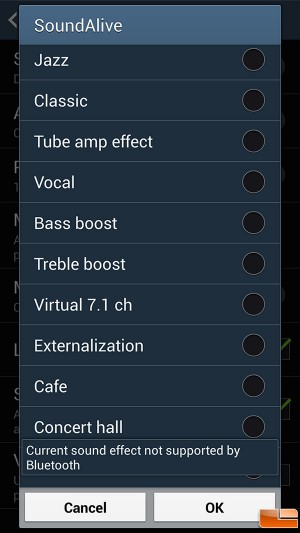 One of the interesting features of the AMP SP1 is that is also serves as a hands-free Bluetooth speaker phone. The AMP SP1 has a microphone located on top of the unit so that you can pair it via Bluetooth to either your favorite mobile device or even to your computer for Skype and VoIP calling. The SP1 will remember two devices, so you can automatically connect to it when your are within Bluetooth range. Switching between two paried devices when they are both within range is tricky and the only way we found to do it was to turn off Bluetooth or forget the pairing.

We found the speakerphone call quality to be average at best.  Since the microphone does not actively noise-cancel background noise, our call partners noticed the difference between the SP1 and handheld cell phone speaker. A few of the call recipients said that they could hear themselves (echo) and that it sounded a bit metallic or boxy.  So, the audio quality during a phone call wasn’t that great but it is an interesting feature that does work.

What happens when you are listening to music and a call comes in? The music will stop when a call comes in and then you’ll hear a ring on the SP1. You can answer the call with the sync button on the SP1 or with your handset. You can then hang up the call with the sync button of the SP1, so you can be up to 30 feet away from your phone and can take phone calls!

When it comes to the Bluetooth signal strength, we were able to move a good 30 feet away before it would disconnect and worked when separated by an inner wood wall. Bluetooth does not need direct line-of-sight connection, so you can easily walk around a bit before breaking the connection. This is critical as your phone might not stay in one place at the beach or outside on your patio. Having a Bluetooth wireless speaker is a welcomed addition to any gathering of friends. They can easily pair their device and share their music with everyone and that makes for a fun party or gathering. The AMP SP1 has enough power to fill an indoor room and easily a patio or small outdoor area. This is key as it doesn’t have enough bass or power to keep the neighbors up or having the police called on you, granted you have more than 25 feet between you and your neighbors house!

Here is a viral video that Antec did on the AMP SP1.  It’s a bit strange, but gives you an idea of the size of it!