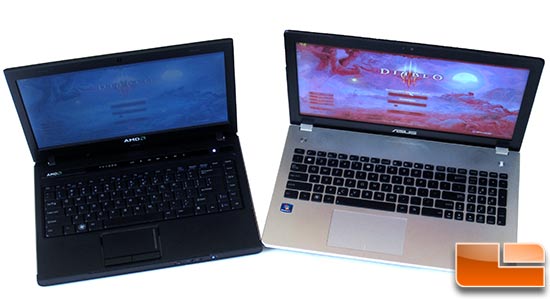 After using the AMD Trinity reference notebook we found it to be a very satisfying experience. AMD’s new Piledriver-based Trinity APU delivers where it needs to and that is all one can ask of a mainstream processor. Sure, we wish AMD processors had a little more x86 muscle for when we need to render a video or crunch numbers, but we don’t often do that on our notebook. When we do, the Trinity APU can still get the job done though. We game from time to time on our notebook and we were impressed by how well Trinity can play games.  The AMD Radeon HD 7660G GPU inside the A10-4600M was easily able to run Diablo III at 1366×768 with all the image quality settings maxed out. Not bad for a notebook without discrete graphics that should be priced in the $699 range. 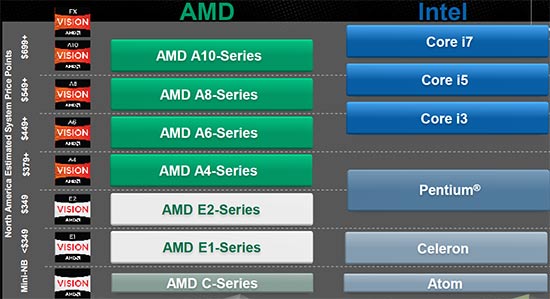 The notebook market is very crowded with a ton of models and processors to choose from right now. The economy is also sluggish again, so consumers are going to be very sensitive with both pricing and performance. AMD said notebooks like the one we tested today without the SSD will be available for around $699 and that is considered the high-end mainstream notebook segment. At this price point you can get some pretty powerful Intel Core i7 Sandy Bridge and Ivy Bridge powered notebooks. Which notebook is right for you really depends on what you do, your budget and what is on sale when you are ready to buy!

At the end of the day the AMD Trinity APU is an improvement over the Llano APU in pretty much every way possible with the exception of the memory bandwidth. The battery life of our reference design notebook lasted 7-8 hours under light use, which was impressive and is a reflection of the 8.8 Watts of power use that we saw at an idle. AMD has made the Trinity APU very energy efficient and that is great as everyone loves to have long battery life. The AMD Radeon HD 7000 series graphics bring amazing DX11 performance to the mainstream notebook market and really raise the bar with one can expect from a notebook.

So, we are right back to where we started. AMD leads the way with graphics thanks to the Radeon GPUs and then falls short on the x86 CPU side.