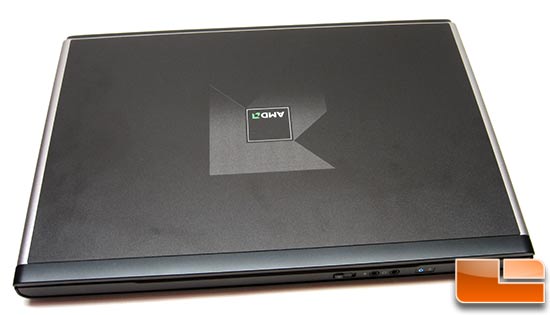 AMD sent over a 14-inch reference design Trinity notebook for testing. Judging from chassis shape and the battery pack we quickly figured out that it is a Dell Vostro 3500 laptop enclosure with AMD hardware inside. AMD loaded this one up with the AMD A10-4600M quad-core APU that has Radeon HD 7660G graphics. It runs with a 1366×768 resolution and comes with a Blu-ray drive. 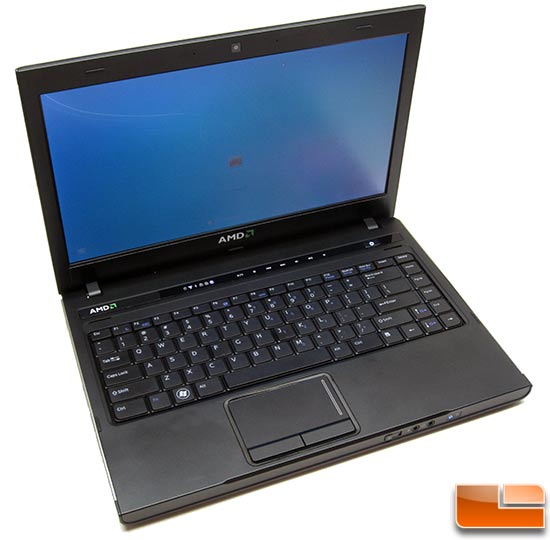 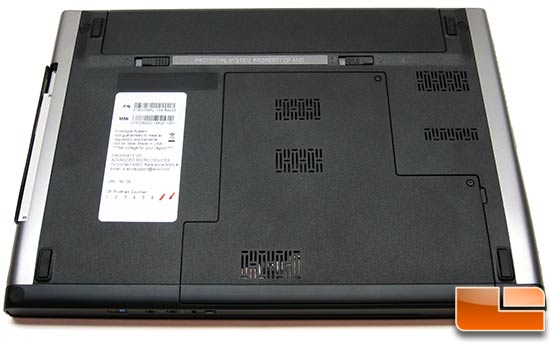 On the back we see another sticker that says property of AMD and a cover that will give us access to the guts of this notebook! 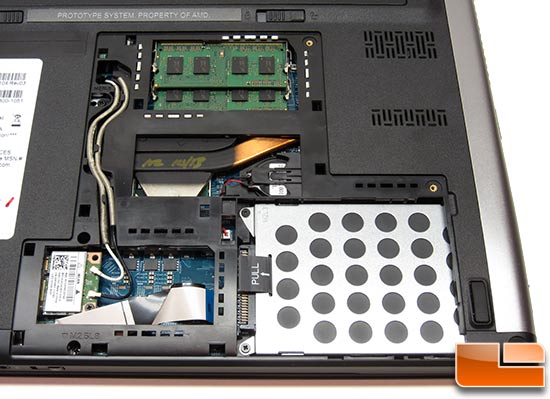 We took off the rear cover to take a peak inside to see if we could get a look at the processor, but quickly learned that we would have to take the shell apart to see that. We could see the 8GB of 1600MHz CL11 DDR3 memory by Micron, the Samsung 830 128GB SSD and the 802.11n Wireless card. 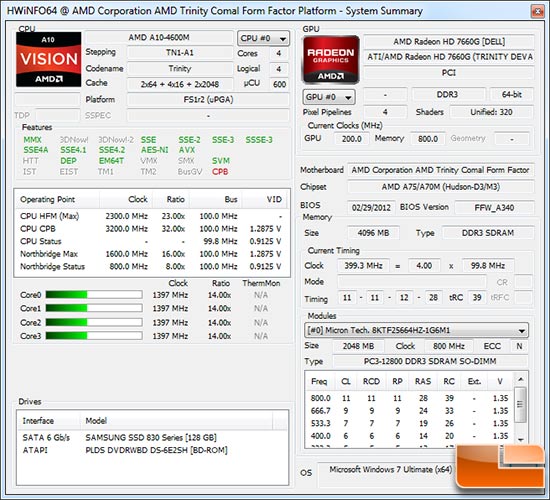 Here are the HWInfo details on our AMD Trinity Whitebook in case you are curious.