For single-rank testing we went with the Corsair Vengeance LPX 32GB (4x8GB) DDR4 4000MHz C19 memory kit that is sold under part number CMK32GX4M4B4000C19. This 64GB memory kit runs $504.99 plus shipping and is only available direct from Corsair for the time being. Our particular kit was a version 4.31 model that uses Samsung Revision B DDR4 memory IC’s on it. 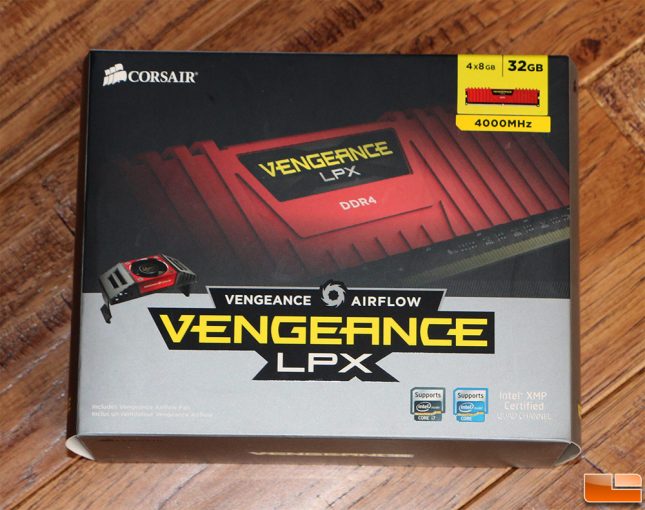 We used this kit on the MSI X370 XPOWER GAMING TITANIUM, GIGABYTE GA-AX370-Gaming 5 and ASUS ROG Crosshair VI Hero motherboards and found that we could run it at 2133 to 3200 MHz without any issue on each of these three AMD X370 boards with tighter CL14 timings when 2 DIMM slots were populated. With all 4 DIMM slots populated with sided modules we were only able to get up to 2666MHz. Please note that differences between the boards is very small, so rather than starting the Y-Axis at 0 and showing one solid line we started the lower axis higher to have prettier charts. 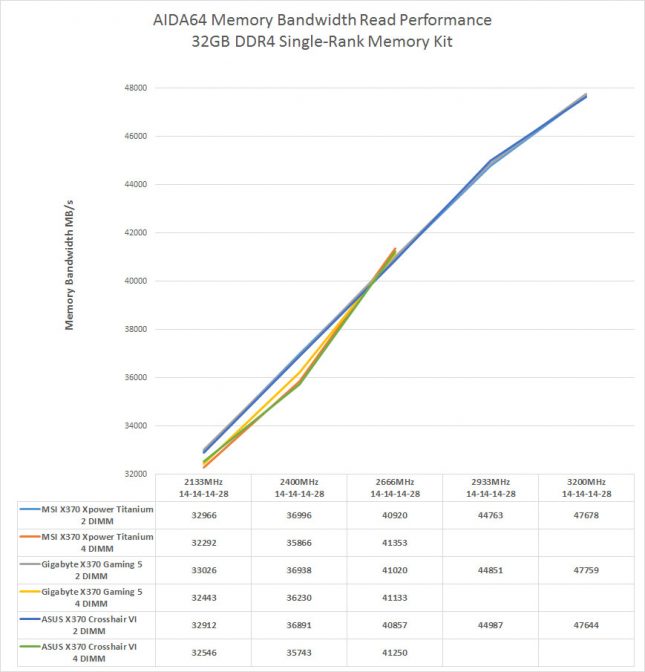 2 DIMM single-rank performance looks good as all the boards use a 1T command rate at all times, so it was generally higher than the same board running with all 4 DIMM slots occupied. The 4 DIMM performance numbers are a little confusing as at 2133MHz and 2400MHz the boards run a 2T command rate and then at 2666MHz that changes to 1T and that is why 4-DIMM 2666MHz DDR4 memory does so well. There is not a huge difference between the boards as you can see from the chart above. 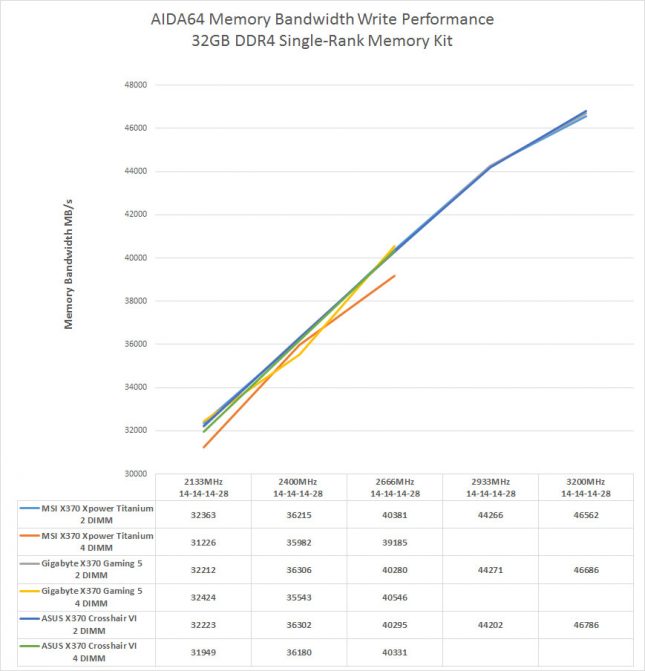 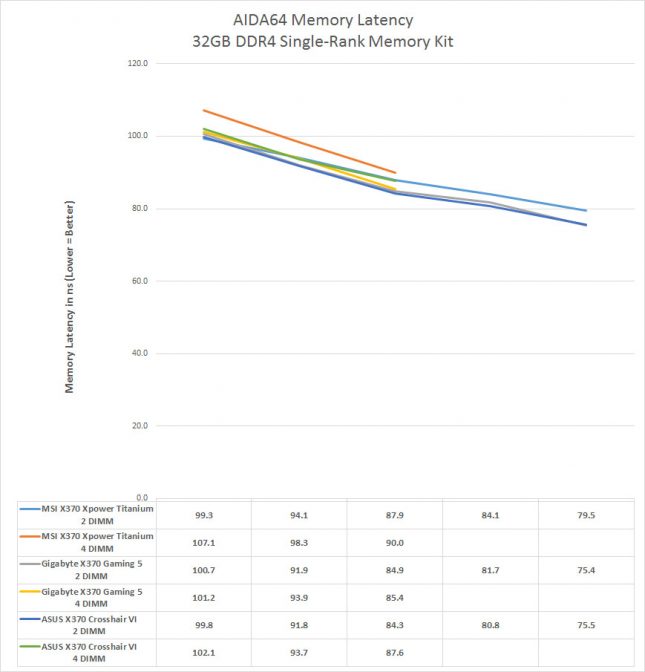 When it comes to memory latency all of the boards are close and you can see that running 4 DIMMs will give you a higher latency than just 2 DIMMs. Again, the MSI X370 XPower Gaming Titanium was slightly behind the other boards, but not by much.