For dual-rank testing we went with the Corsair Vengeance LPX 64GB (4x16GB) DDR4 3600MHz C18 memory kit that is sold under part number CMK64GX4M4B3600C18. This 64GB memory kit runs $702.99 shipped on Amazon or $669.99 shipped over at Newegg. This is one expensive memory kit, but we if you are looking to run 64GB of high-end DDR4 memory and only have four DIMM slots available you don’t have too many inexpensive options. Our particular kit was a version 4.31 model that uses Samsung Revision B DDR4 memory IC’s on it. 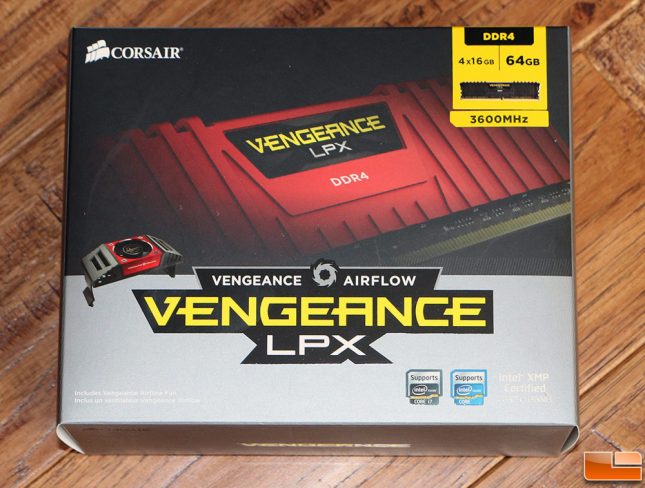 We used this kit on the MSI X370 XPOWER GAMING TITANIUM, GIGABYTE GA-AX370-Gaming 5 and ASUS ROG Crosshair VI Hero motherboards and found that we could only run it at 2133MHz, 2400MHz and 2666MHz on each of these three AMD X370 boards. When we tried to run the 2933MHz memory strap each of these three boards failed to successfully boot and we never made it to the Windows 10 load screen. Please note that differences between the boards is very small, so rather than starting the Y-Axis at zero and showing one solid line we started the lower axis higher to have prettier charts. 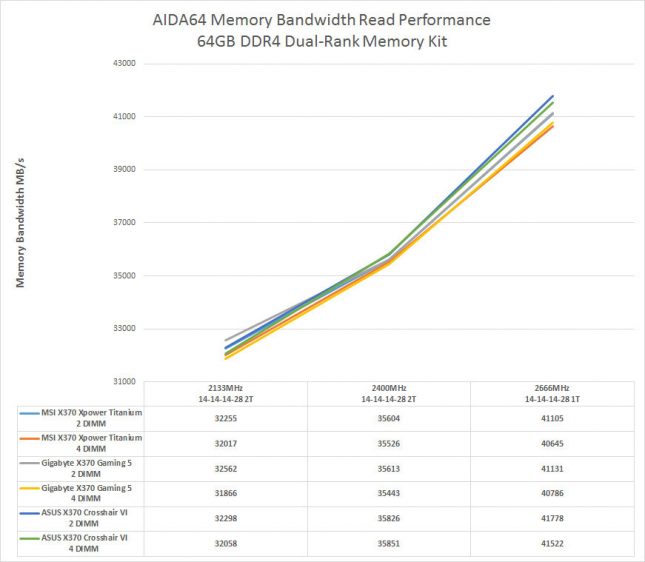 One thing that we noticed when doing our memory performance testing is that AMD has a bug in their code. When using dual-rank modules or populating all 4 DIMM slots it should force you to use the 2T command rate. There is a bug in the latest uCode that lets you run at 1T command rate just on the 2666MHz memory strap. This is one of the reasons the performance jumps up so much when moving from 2400MHz to 2666MHz. We’ve let AMD know about the ‘bug’ and told them they should just allow end users to set the command rate manually as obviously 1T command rates can be run and there are big gains to be had. 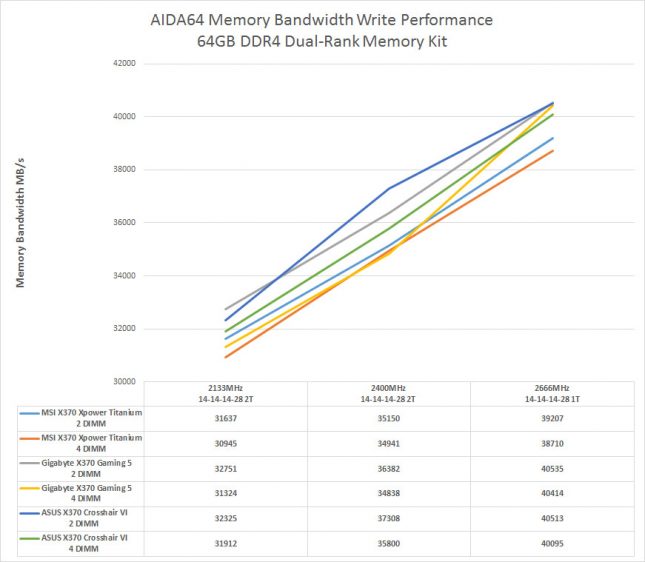 We start to see some differentian between boards when looking at the write memory bandwidth and the ASUS ROG Crosshair VI Hero motherboard does pretty well across the these three speeds with both 2 and 4 DIMM slots populated. 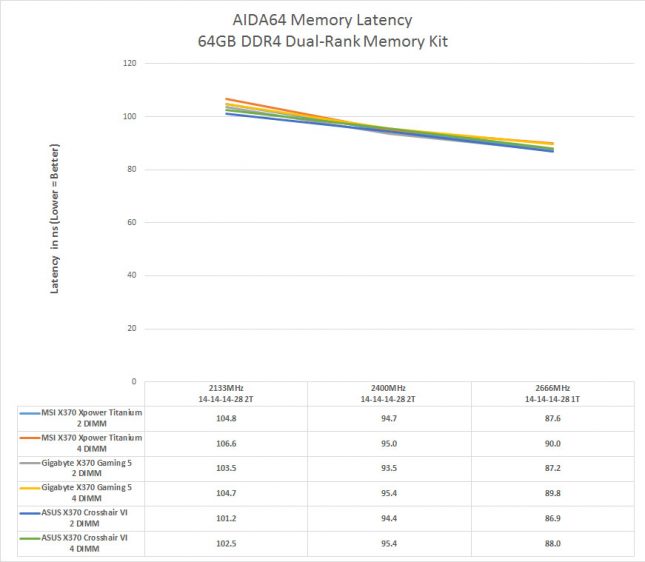 When it comes to memory latency all of the boards are close and you can see that running 4 DIMMs will give you a higher latency than just 2 DIMMs.