Ryzen has been a massive hit amongst the PC enthusiast and its pretty clear why cost per performance is pretty dang low! You can get a ton of computing power for a fraction of the price of the competition, and most people will be attracted to this. Sure they have their quirks when it comes to low resolution gaming, but they can hold their ground against the competing Intel processor in other benchmarks and high resolution gaming, where the load is less dependent on the CPU. This got us wondering, since Ryzen will overclock the processor even further utilizing XFR (Extended Frequency Range), if a cooler cannot handle the load well, how much will the temperature of the processor affect performance? If we jump over that magic 60*C mark, will the performance suffer greatly, or is it relatively on par with the CPU below that number? If were really close to that 60*C number, will we suffer compared to a cooler that can handle the load better?

We will measure this via two different methods: Handbrake video encoding and 7-Zip. Handbrake is an open-source, GPL-licensed, multiplatform, multithreaded video transcoder, available for MacOS X, Linux and Windows. It is popular today as it allows you to transcode multiple input video formats to h.264 output format and is highly multithreaded. 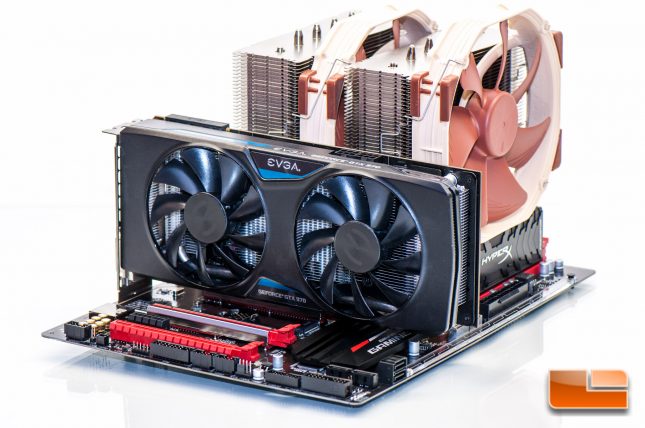 In this article, we are going to take a look at three coolers, two of which we have previously benchmarked on our Intel Core i7-4770k system, and one designed specifically for Ryzen. The coolers in question are the Noctua NH-D15, Thermalright TRUE Spirit 140 Direct, and a custom EKWB AIO Cooler (EK-XLC Predator) that was sent with our Ryzen 7 1800X. Our friends at Noctua were generous enough to send along the brackets needed to hook up the NH-D15 to our new Ryzen setup.

If youve for some reason forgotten, the Ryzen 7 series of CPUs were designed to target high-end Intel CPUs, hoping to bring competition back to the high-end processor market. When we had no competition in this market, Intel processors have gone up in price while yielding IPC gains of no more than 10%, which undoubtedly is frustrating for us enthusiasts. This is where gamers were waiting for the day of AMDs return, so we can have lower prices and better gains. This is where we welcome Ryzen to the market! Our $499 Ryzen 7 1800X is targeting Intels $1050 Core i7-6900k, both of which feature 8 cores and 16 threads. 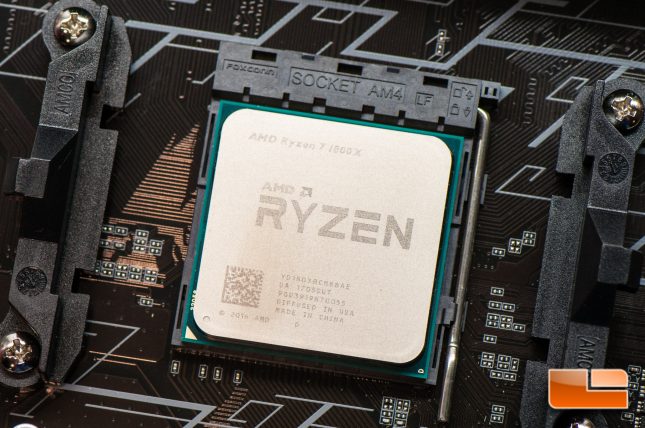 Do note that I originally started writing this article shortly after Ryzen 7 was released, but had to tend to family needs for a few weeks and got behind. All software that was downloaded was grabbed on 03/17/17 and the Ryzen Power Plan was not available yet. Instead I was able to utilize the Balanced Power Plan for my testing, but will spot check with the new Ryzen Power Plan and update the article if I find any difference in results.

The motherboard that were going to use in our system is a Gigabyte GA-AB350-Gaming 3, which will run you a whopping $124.95 shipped on Amazon Relatively inexpensive. This board has been spotted around $110 in the past, so definitely keep your eye out for a bargain. Since we arent going to be doing any gaming or storage benchmarks with this rig, a B350 board was chosen over a X370, as we dont need the extra PCIe lanes and Crossfire support that the X370 offers. The B350 will likely end up as the best-selling chipset for the AM4 platform, mainly due to cost and no restriction on overclocking, so it was a no brainer for us. 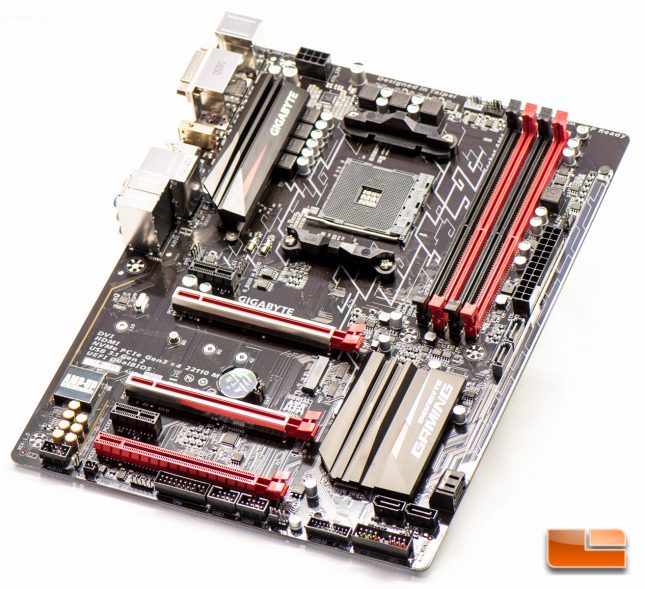 Memory wise, we picked up a 16GB (2x 8GB) Kingston HyperX Predator 3200MHz memory kit. Obviously we wanted the dual-channel benefit and wanted to have modules that could aide with the performance of our system. This particular kit will currently run you $183.21 shipped on Amazon. Again, keep an eye out for a bargain, as this memory can be had for a decent amount cheaper at times. 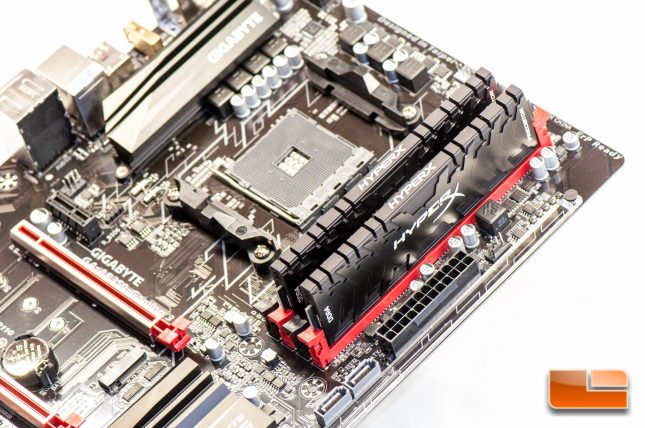 You will find that we have chosen to do these benchmarks on an open bench, meaning no case. There is a gap of 12-inches from the edge of the motherboard to the wall in the below picture, and the rest is open around it.

Any other hardware was existing hardware that we had laying around. 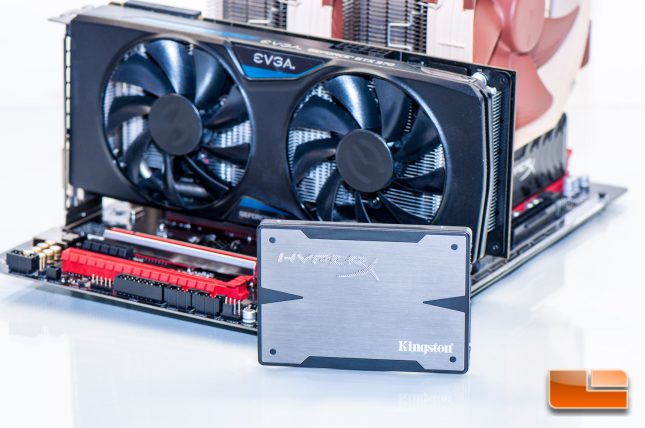 The AMD B350 platform that we used to test these coolers was running the Gigabyte GA-AB350 Gaming 3 motherboard with BIOS version F5 that came out on 02/24/2017. Motherboard settings are all defaulted, however the memory had to manually be set to 2933MHz with 16-17-17-36 timings (Identical to XMP Profile 2). Trying to achieve the full 3200MHz on the memory was not going to happen, and the Intel XMP profiles werent really meant for the AMD platform, though they can work.

No overclocking will be performed.

All coolers will be utilizing the Noctua NH-T1 thermal paste, which requires zero cure time. 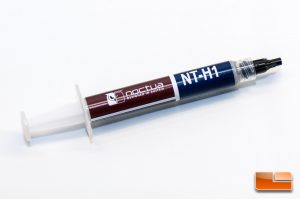