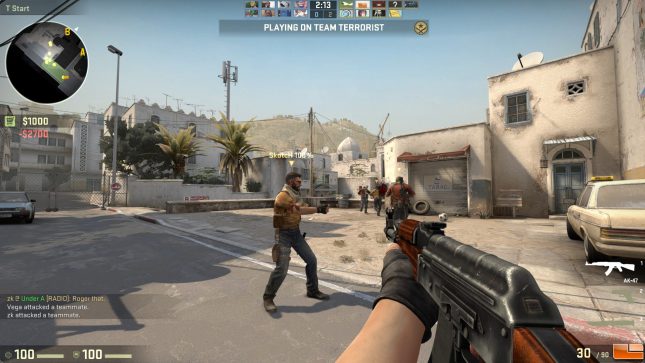 Counter-Strike: Global Offensive (CS:GO) is a multiplayer first-person shooter video game developed by Hidden Path Entertainment and Valve Corporation. It is the fourth game in the main Counter-Strike franchise. Counter-Strike: Global Offensive was released on August 21, 2012. It features classic content, such as revamped versions of classic maps, as well as brand new maps, characters and game modes. This game remains one of the most played game titles on Steam with daily peaks of over 500,000 gamers playing. 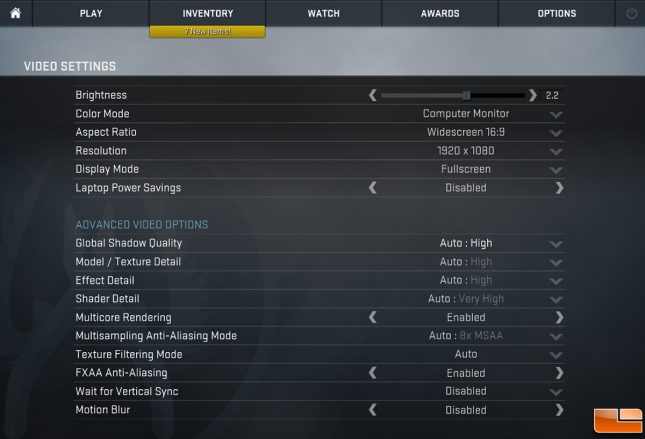 This game title uses the Source game engine and looks pretty decent. We tested CS:GO with the high graphics quality preset with 8x MSAA and FXAA Anti-Ailasing enabled. Once we had the graphics and display settings figured out we used FRAPS to manually benchmark a section of the game for a couple minutes. The two runs were done at roughly the same place in de_dust2, but at different times with different team members. This means that the performance lines shouldnt line up at all, but still be able to give you a good feel for the performance differences between the two processors. 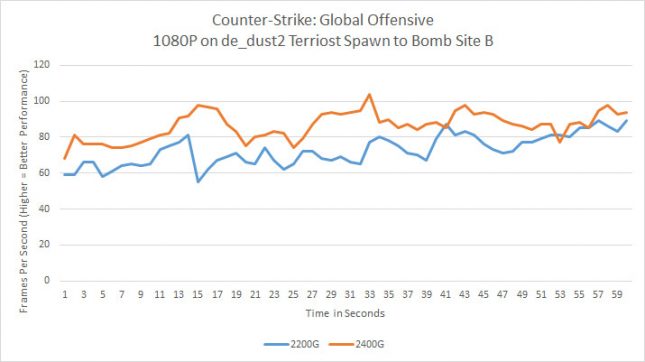 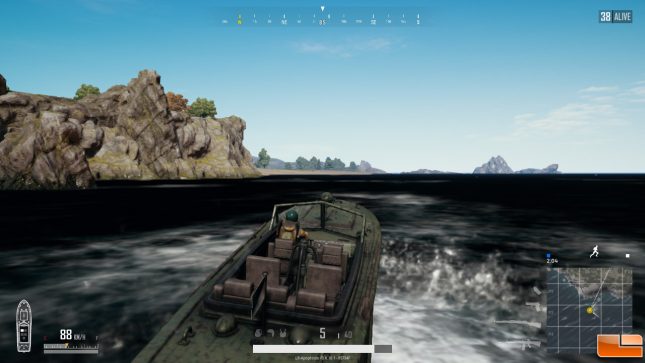 The success of PUBG on PC is no secret as this game title has broken all of Steams concurrent player records and raked in over $700 million in sales over 8 months with sales of close to 30 million copies. This game title is one that we had to try on the AMD Raven Ridge platform as if the AMD Ryzen 5 2400G or Ryzen 3 2200G could play it cleanly it would be massive news. Testing was done on PUBG build 3.6.10 in the same spawn area on Miramar. 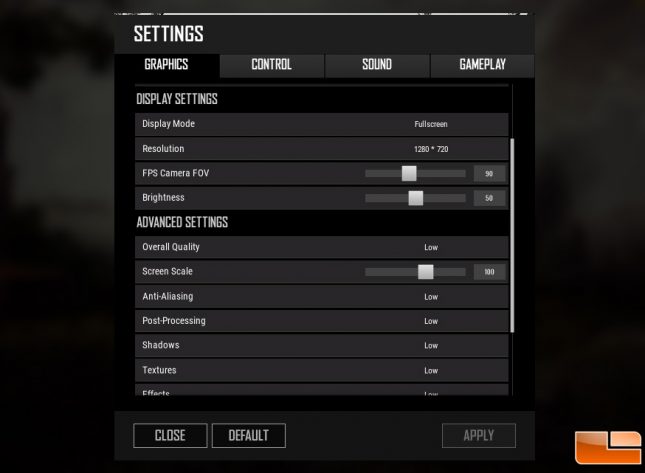 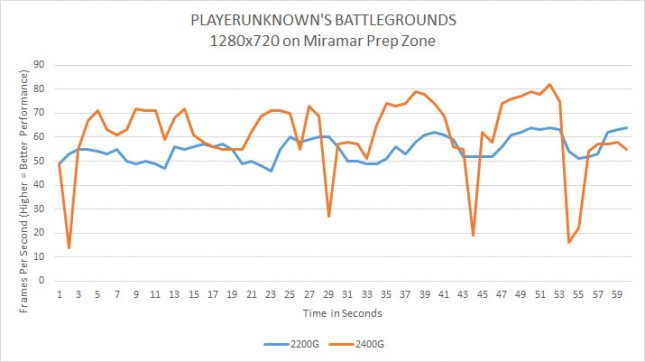 Our experience on the AMD Ryzen 3 2200G was pretty good with a 55 FPS average and the lows dipping down into the high 40 FPS count. When we played on the AMD Ryzen 5 2400G we had a higher average FPS of 61, but the game play was very choppy. When we charted the results we were shocked to see large performance drop offs despite being run on the same platform with the default 1GB of UMA. An open world run showed the same performance oddity, but to a greater degree as the 2400G was dropping to the single digits. This likely won’t be a huge issue as PUBG at 1280×720 with low image quality settings appears to be a bit much for Raven Ridge to handle.