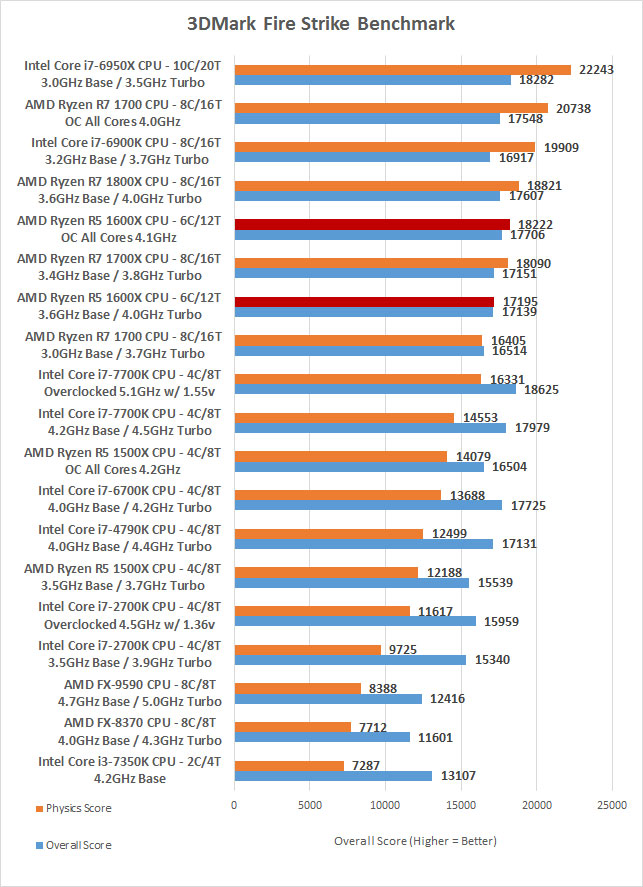 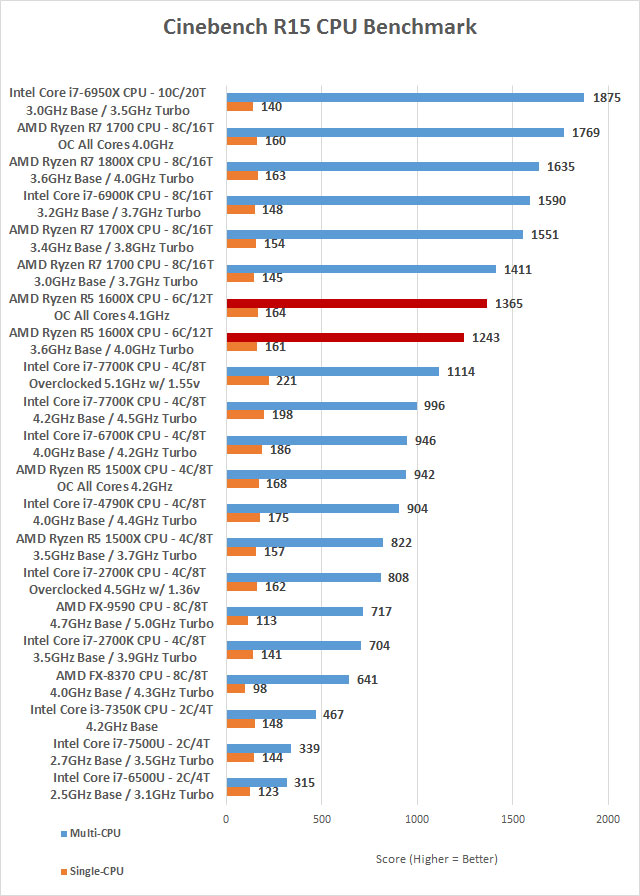 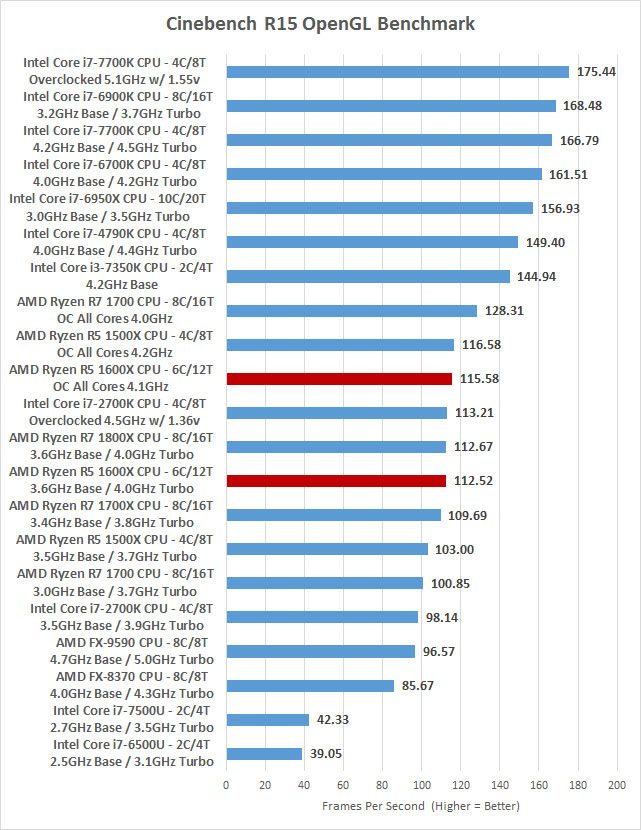 3DMark and Cinebench Benchmarks Results Summary: The AMD Ryzen 5 1600X performance went up by 9.8% in the multi-CPU test in Cinebench and by 6.0% 3DMark Fire Strike Physics test!