We used AIDA64 to look at temperatures on the Ryzen 5 1600X processors and came up with some pretty interesting results. 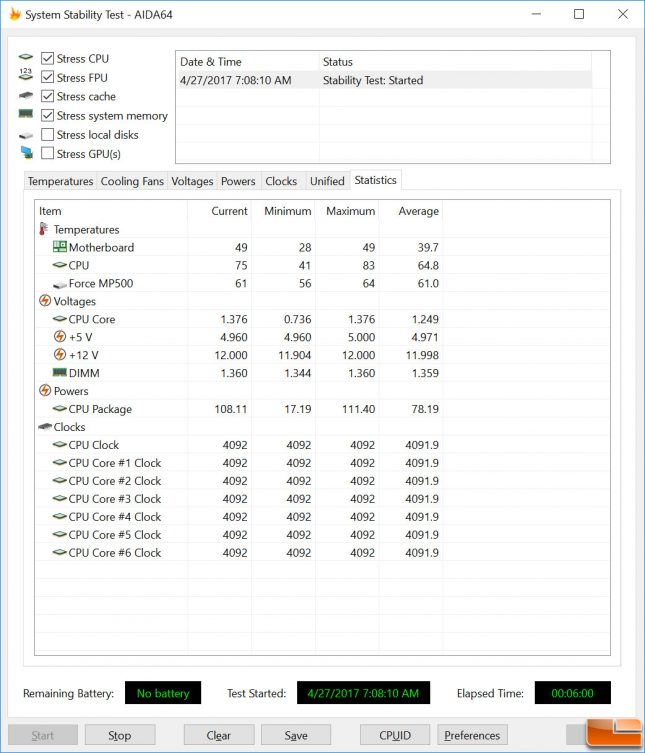 With the Corsair Hydro water cooler we were getting idle temps of around 40C and load temps of 83C on a quick six minute long AIDA64 5.90 stability test on the Ryzen 5 1600X 6-coreprocessor. Keep in mind that 20C is added since this is an X series processor, so the real temps are around 30C idle and 63C load. 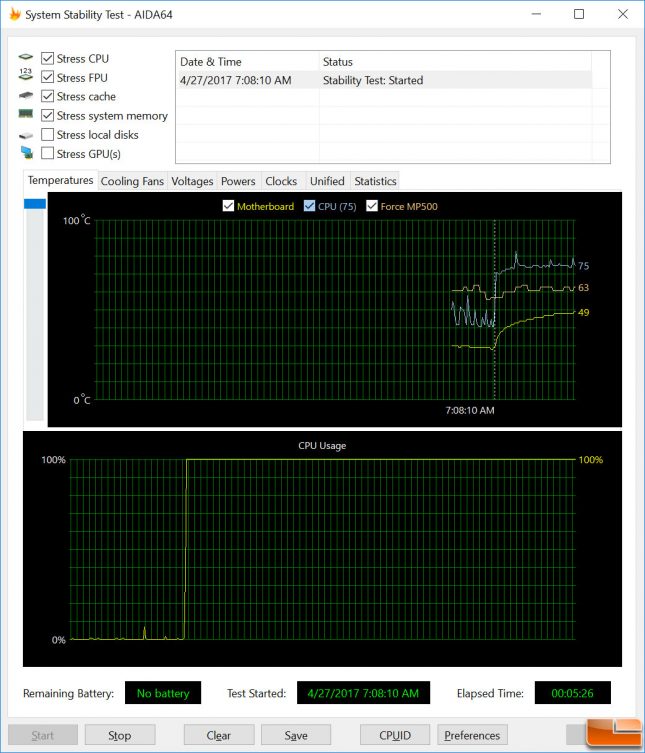 We can’t explain the temperature spikes that were happening ever couple minutes while running the AIDA64 stress test with the 1600X overclocked to 4.1GHz, but they were happening. Most of the time under load the processor was around 75C, but it would spike up 5-8C while the stress test was putting the CPU at 100% load.