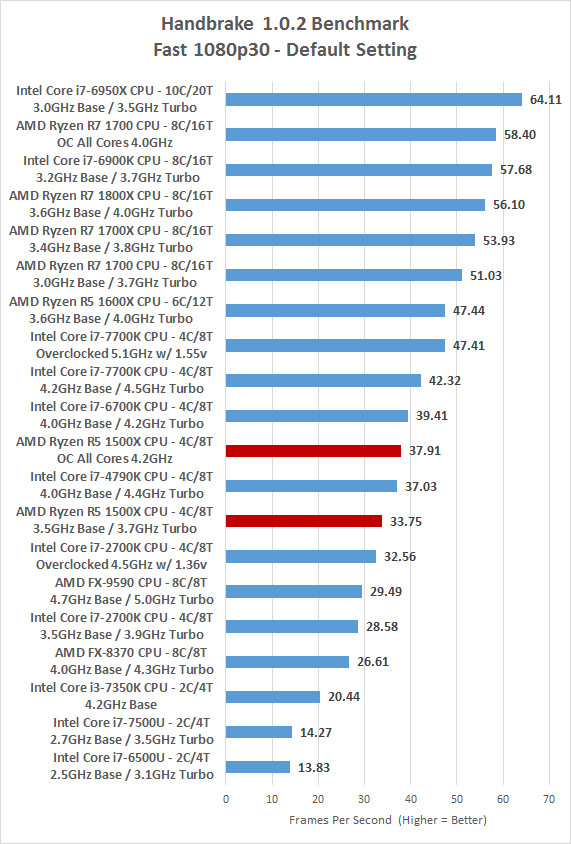 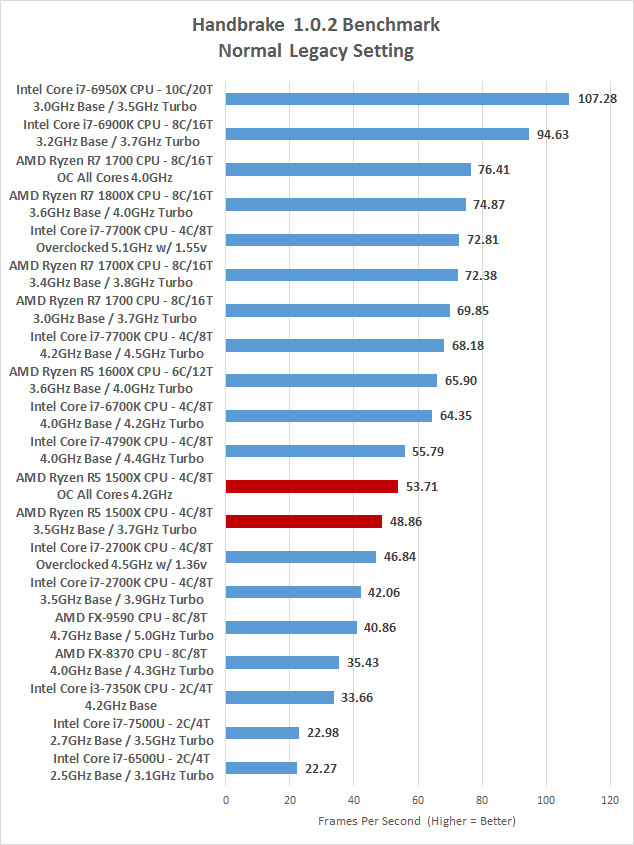 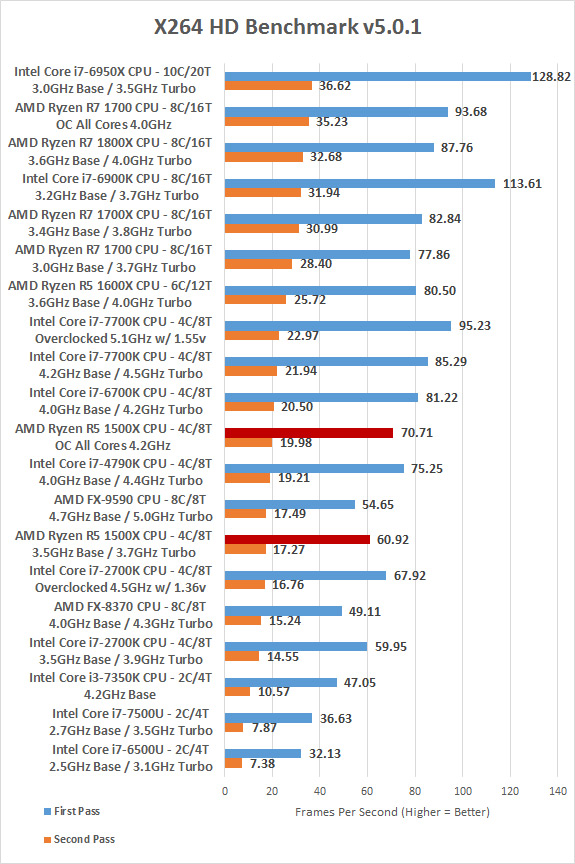 Media Encoding Benchmark Results Summary: The AMD Ryzen 5 1500X overclock gave us a 12.3% performance boost in Handbrake 1080p Fast and we were nearly as fast as an Intel Core i7-6700K stock processor in that tough encoding test. In the X264 benchmark we were just 1-2 FPS behind the Intel Core i7-7700K and 6700K processors on the second pass. The AMD Ryzen 5 1500X overclocked is 31% faster than the stock AMD FX-8370 CPU. 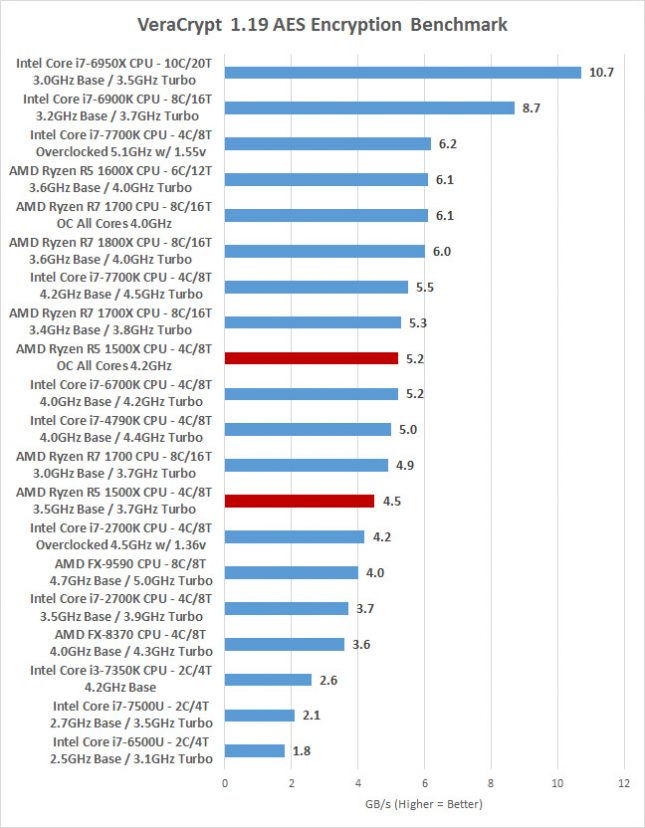