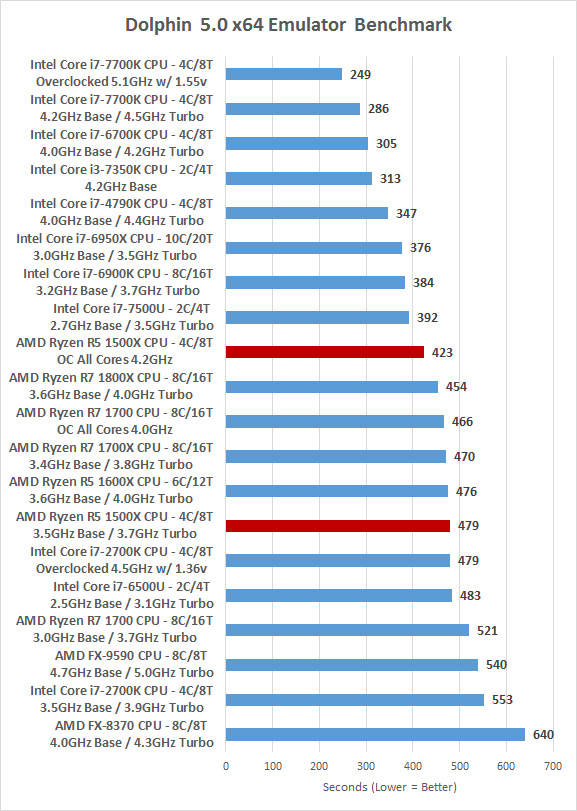 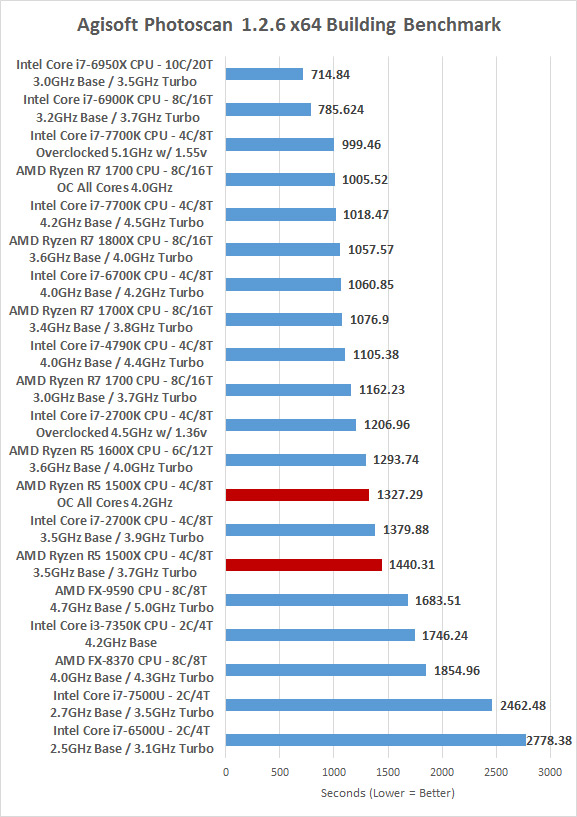 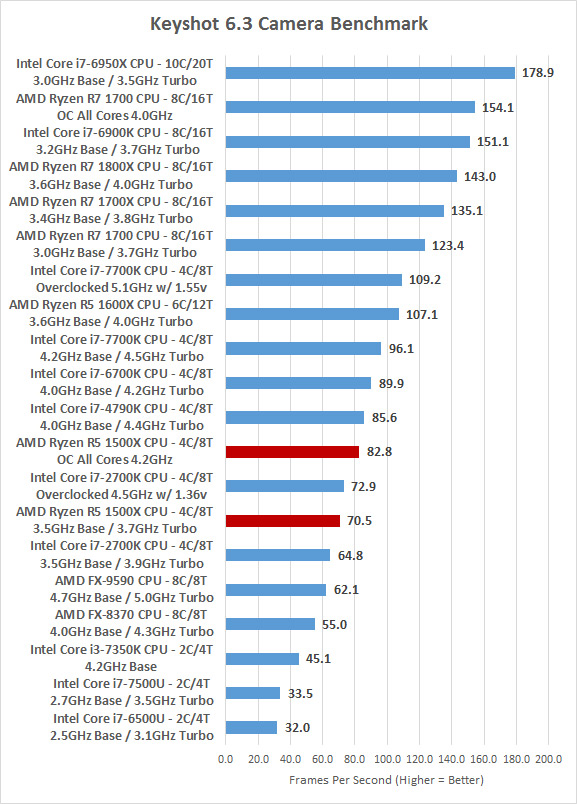 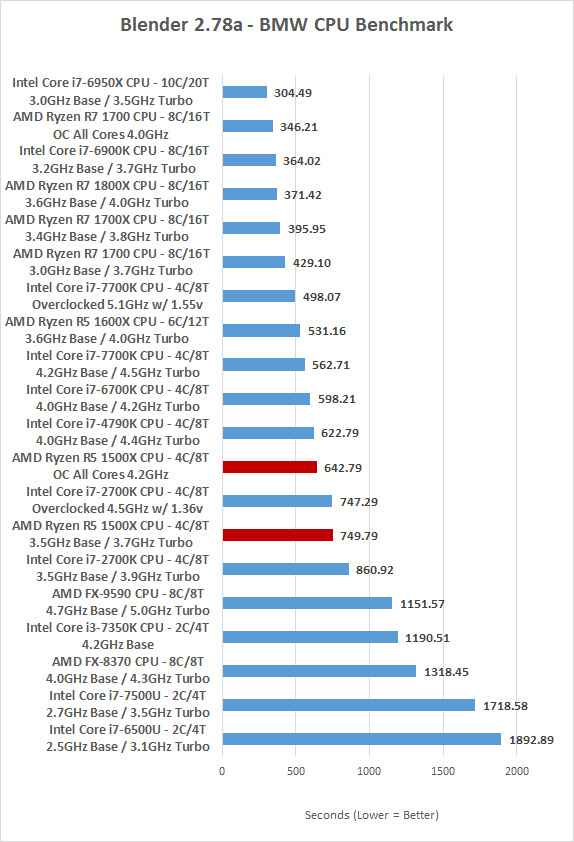 Real World Benchmark Results Summary: The AMD Ryzen 5 1500X processor likes to be overclocked as we saw a 14.3% performance improvement in Blender, a 17.4% improvement in Keyshot, a  7.8% boost in Photoscan and an 11.7% jump in performance in Dolphin. We’ll take 8-14 percent performance increases all day long, so overclocking this chip up to 4.2 GHz was worth it!