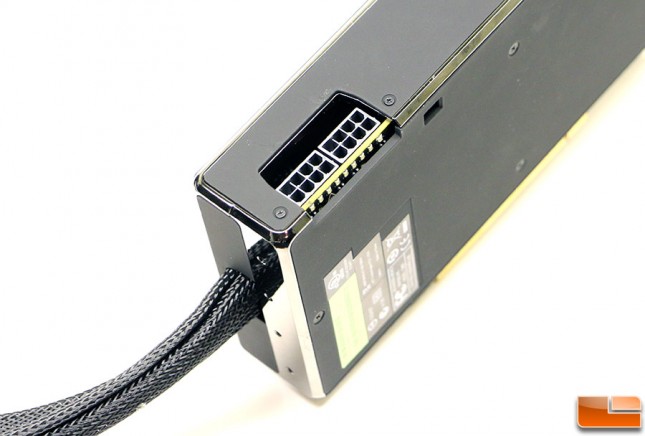 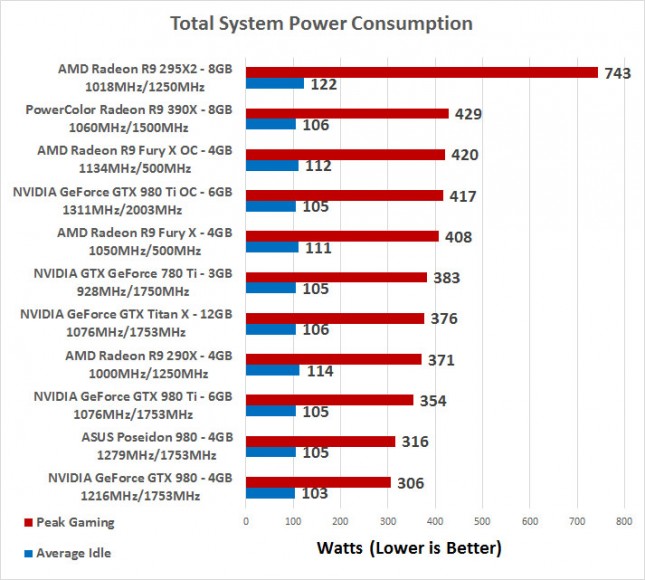 Power Consumption Results: The AMD Radeon R9 Fury X topped out at 408W in the scene that we use for benchmarking in Battlefield 4, which means it uses about 50 Watts more power at load than the GeForce GTX 980 Ti. The Radeon R9 Fury X uses less power than the Radeon R9 390X 8GB video card though, which is pretty good considering it’s much faster and has a water pump to boot. 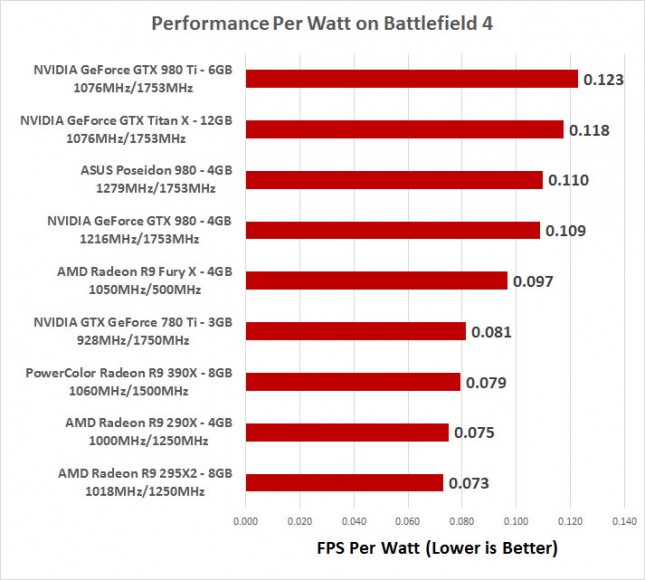 When it comes to Performance Per Watt we can see that AMD has made a big leap forward in this performance metric. AMD has been trying to boost the gaming performance by coming up with power-efficient designs that will enable new form factors to come to market. The move to HBM appears to have helped AMD improve the performance per watt by nearly 29% over the original Hawaii GPU used on the AMD Radeon R9 290X reference card. In order to advance performance, AMD must advance performance per watt and it appears they have done just that while keeping the power limit in an acceptable range (275W TDP) for a high-end graphics card.