Temperatures are important to enthusiasts and gamers, so we took a bit of time and did some temperature testing on the AMD Radeon R9 Fury X video card. 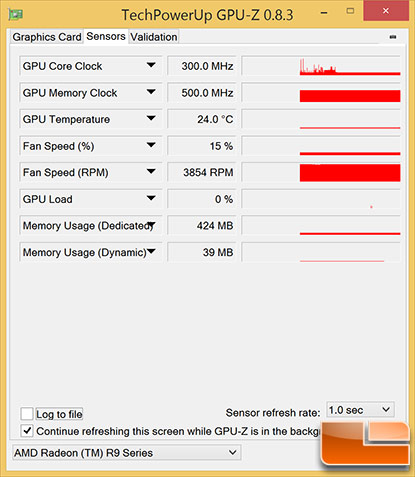 At idle we found the GPU core temperature was 24C with the fan speed at 15%. The fan speed is shown at 3854 RPM, which is a mistake in GPU-Z as that is actually the water pump speed and not the fan speed. 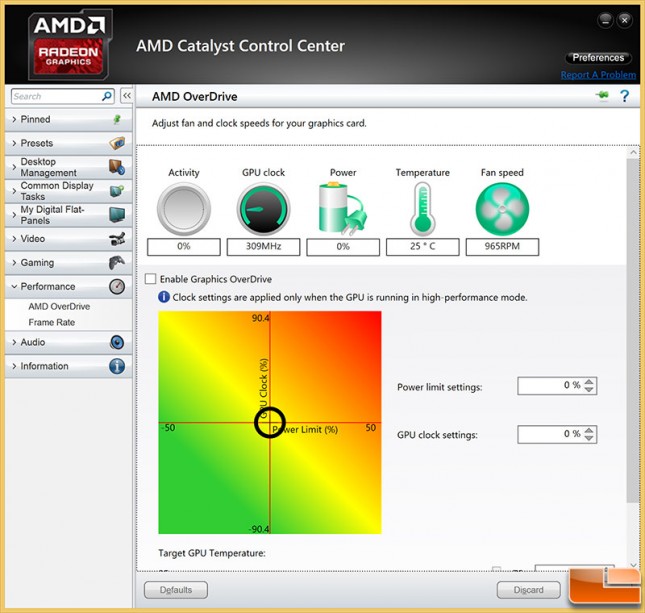 We opened up AMD OverDrive to figure out the fan speed and found it to be around 965 RPM at an idle. The Scythe Gentle Typhoon cooling fan used on the radiator is very quiet, but the water pump on the Fury X most certainly has a high pitch whine to it. 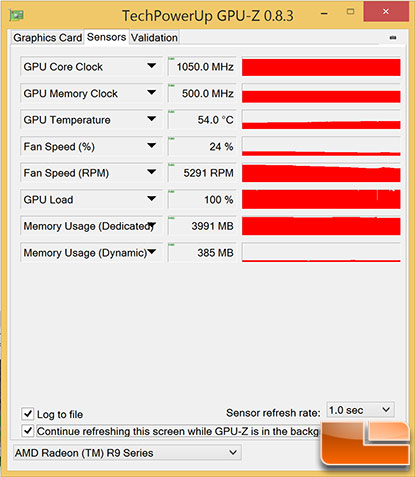 When gaming we hit 54C in a room with a temperature of 70F (21C) with the water pump running at 5,300 RPM and the cooling fan on the radiator hitting 1150 RPM. The card also had what sounds like a very small amount of coil whine, but it was hard to tell if it was that or all just noise coming from the water pump. All we know is that the water pump is hands down the noisest component on the Radeon R9 Fury X. We expressed our concerns to AMD and they told us this:

“As far as the high-pitched whine, AMD received feedback that during open bench testing some cards emit a mild whining noise. This is normal for most high speed liquid cooling pumps; Usually the end user cannot hear the noise as the pumps are installed in the chassis, and the radiator fan is louder than the pump. Since the AMD Radeon R9 FuryX radiator fan is near silent, this pump noise is more noticeable.

The issue is limited to a very small batch of initial production samples and we have worked with the manufacturer to improve the acoustic profile of the pump. This problem has been resolved and a fix added to production parts and is not an issue.” – AMD PR

AMD called the whining noise normal, but then said that there was an issue with the initial batch of water pumps and that they’ve worked with the manufacturer to improve the acoustic profile of the pump. We have asked AMD to provide us with a new water cooler for our card when one becomes available as it will likely change out thermal and acoustic testing results. Usually when a company changes the acoustic profile of the water pump they do so by changing the RPMs of the pump and that changes the flow rating and therefore the cooling performance. 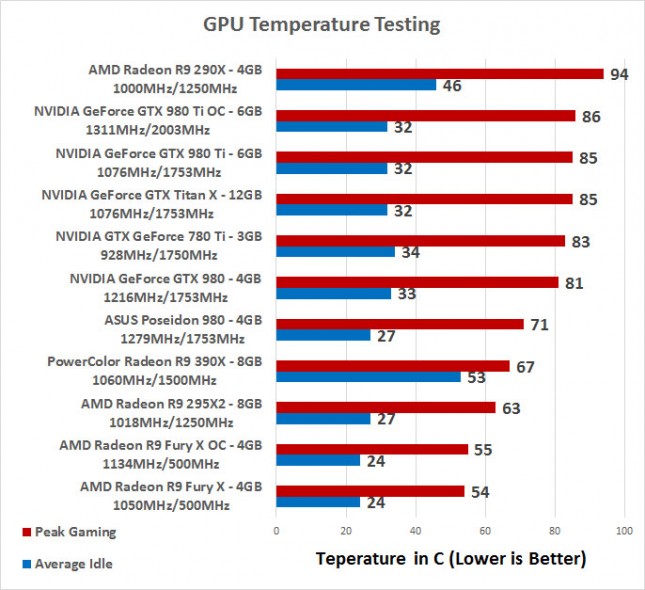 The AMD Radeon R9 Fury X has the lowest idle and load temperatures of any high-end gaming card today! The PowerColor Radeon R9 390X numbers look strange, but that card doesn’t have the fans running when at idle and it warms up pretty good as you can see. The power target on the AMD Radeon Fury X is 75C, which is something you’ll never hit unless something breaks! 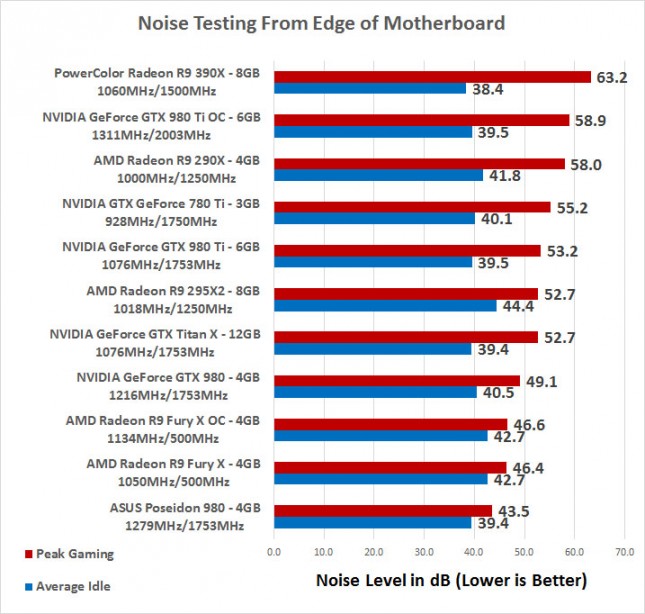 The AMD Radeon R9 Fury X video card has pretty respectable idle and load noise levels, but they certainly could be better as the water pump whine is very noticeable outside of a case and we could still hear it inside a case. AMD is working with the pump manufacturer to update the pumps acoustic profile, which should help lower the noise level even more. We’d expect at least a 2dB drop at idle if the pump wasn’t audible.