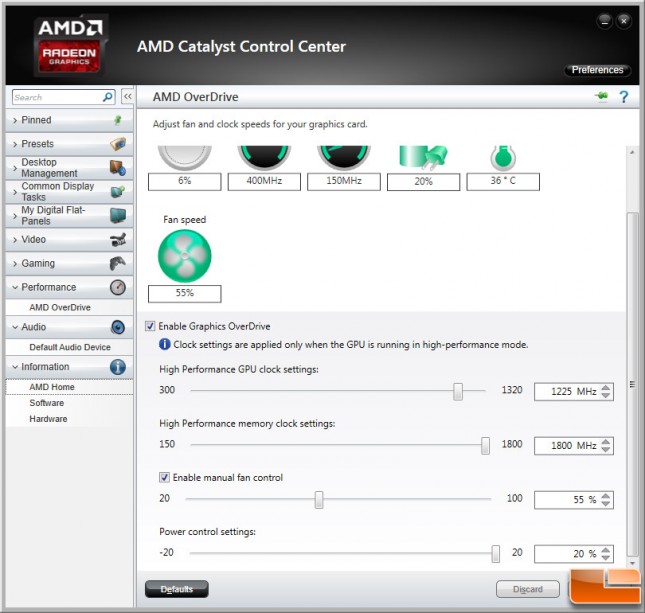 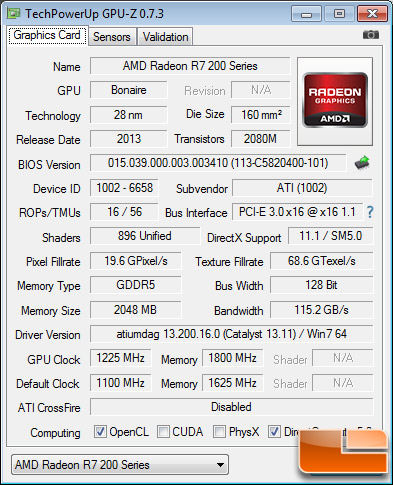 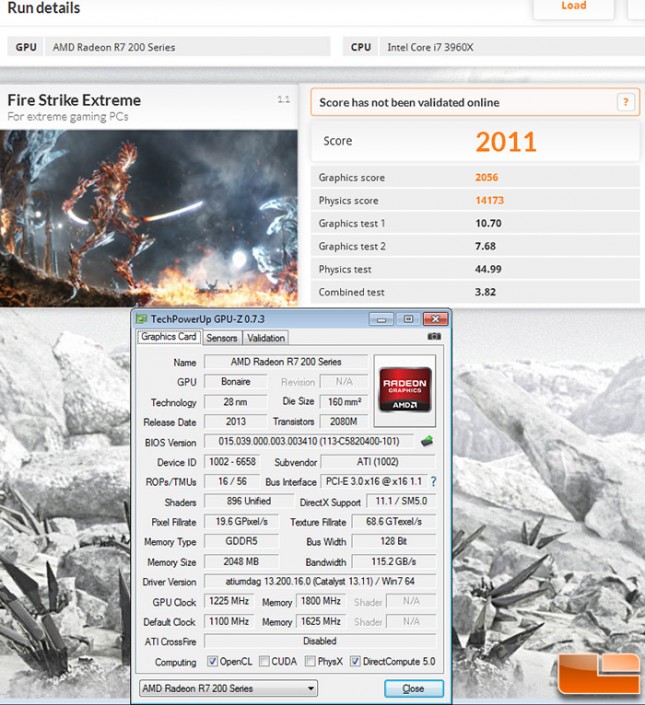 With this overclock we ran a quick run of 3DMark Fire Strike Extreme and found our score went up from 1,800 3DMarks to 2,011 3DMarks, which is an improvement of 211 3DMarks or 11.7%. This is a solid overclock, but it is pretty common for the AMD Radeon HD 7790 to reach 1200MHz on the core clock. The memory overclock is excellent at 7200MHz effective! The bummer is that this card only has a 128-bit memory bus, so you start with a memory bandwidth of 104GB/s and we were able to get it up to 115.2GB/s. Not a huge increase, but we’ll take a free gain! 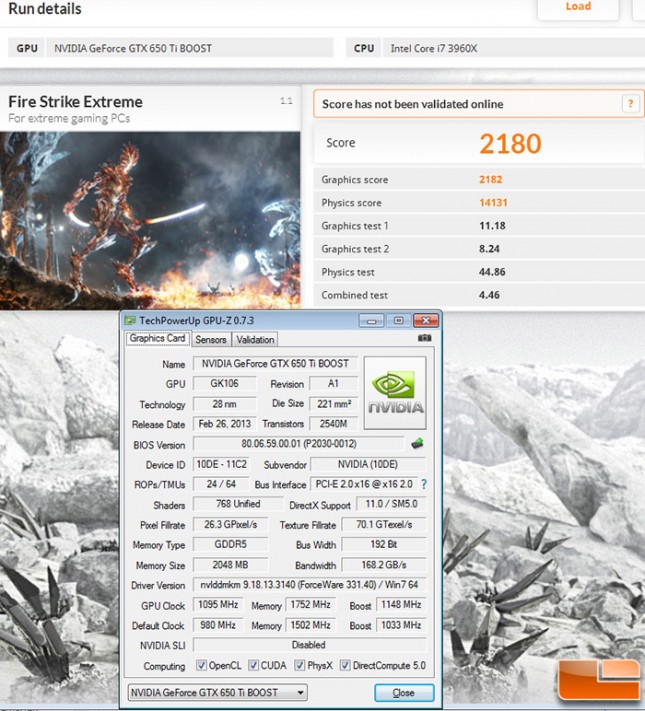 We used EVGA Precision X and was able to get the core clock up to 1095MHz (1148Mhz boost) and the memory up to 1752MHz (7008MHz effective). With this overclock on the NVIDIA GeForce GTX 650 Ti BOOST 2GB video card we were able to get 2,180 3DMarks in Fire Strike Extreme. This gives the NVIDIA GeForce GTX 650 Ti BOOST an 8.4% performance advantage over the AMD Radeon R7 260X!Both cards are easy and fun to overclock, but they both overclock to about the same level over stock clock speeds! These cards might be from different companies, but they are very similar!