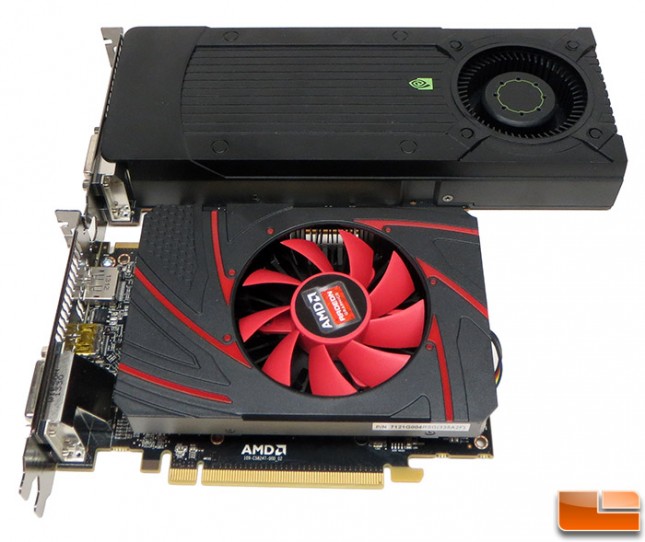 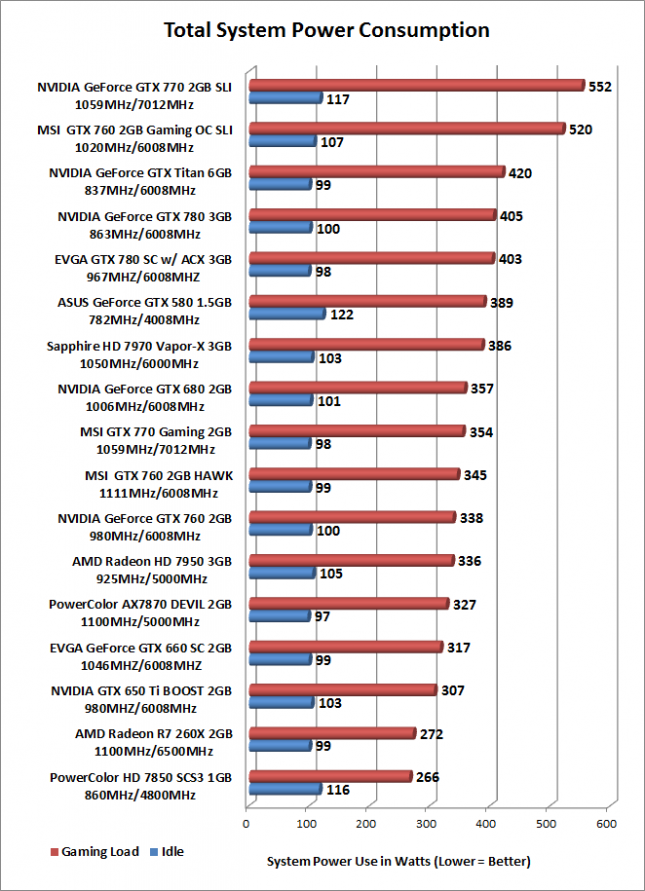 Power Consumption Results: The AMD Radeon R7 260X was very power efficient and our entire test system at the wall was observed at 99 Watts at idle and then hit a maximum of 272 Watts when gaming. The NVIDIA GeForce GTX 650 Ti BOOST 2GB card was found to use slightly more power at both idle and load. Our testing showed that the  AMD Radeon R7 260X topped out 35 Watts below that of the GeForce GTX 650 Ti Boost.