Today we’ll be taking a closer look at the ADATA XPG SX6000 Pro M.2 2280 PCIe NVMe SSD series that is aimed at entry-level to mainstream gaming PCs and general PC builds. This drive uses a Realtek RTS5763DL SSD controller paired with 64-layer TLC NAND Flash memory. This is a DRAM-less PCIe NVMe Gen3x4 drive, but it supports the NVMe v1.3 protocol and uses Host Memory Buffer (HMB) to compensate for that. HMB helps improve the overall performance of the drive by using the PCs main DRAM to store mapping tables.

The XPG SX6000 Pro series is available in capacities of 256GB, 512GB, and 1TB. Pricing is rather affordable at $39.99, $59.99, $107.99, respectively. Being able to pick up a 256GB NVMe SSD for under $40 or to get a 1TB drive under $0.11 per GB should be appealing to many gamers and PC enthusiasts. Another appealing aspect of this series would be that it is backed by a 5-year warranty, comes with Acronis True image HD (disk migration software) and also ADATA SSD Toolbox! 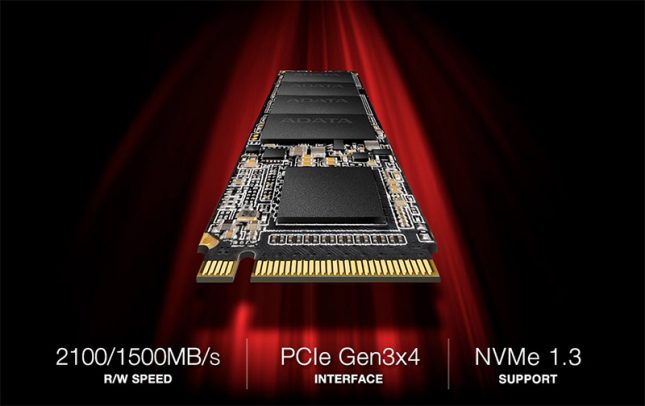 When it comes to performance, the SX6000 Pro series has sequential read speeds of up to 2100 MB/s as well as sequential write speeds of up to 1500MB/s. When it comes to Random 4K performance the XPG SX6000 Pro tops out at 250K/240K random read/write IOPS. These aren’t the fastest performance numbers around, which is why we mentioned in the introduction that this is aimed at mainstream users looking to build a mid-range performance system. The endurance for this series is 150 TBW on the 256GB capacity drive, 300 TBW on the 512GB drive and 600 TBW on the 1TB model.

Here are the official specifications for the XPG SX6000 PRO series for those that would like to see them. 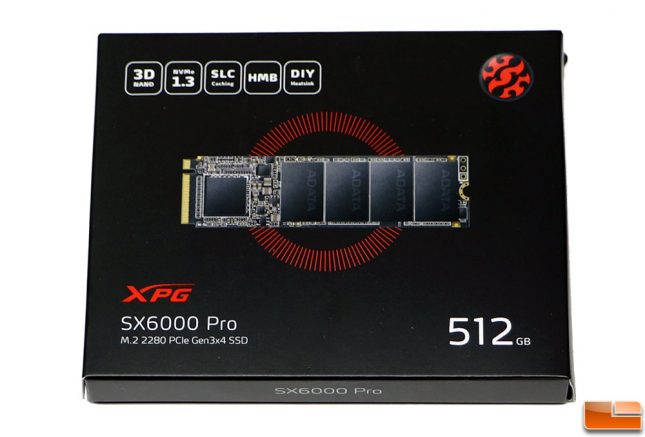 The drive that we have in-house for testing is the XPG SX6000 PRO 512GB drive that is sold under part number ASX6000PNP-512GT-C. This model currently runs $59.99 shipped, which is about $0.12 per GB. This is one of the lowest priced 512GB NVMe drives on the market for a number of months now. 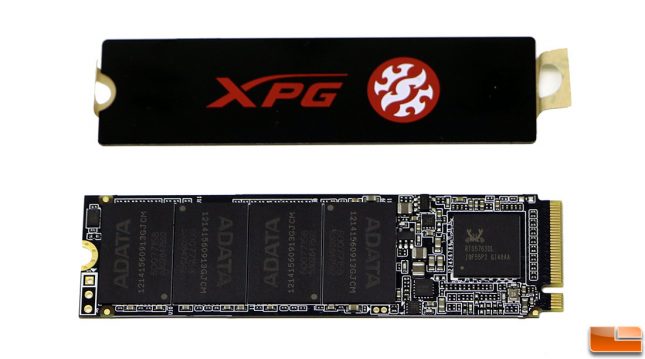 Inside the box you’ll find the single-sided drive along with an optional XPG heat spreader that you can install if you’d like.

The optional black heat spreader has 3M 467MP high performance thermal adhesive transfer tape pre-applied. The back of the SX6000 Pro’s black PCB is barren since this is a single-sided PCB. 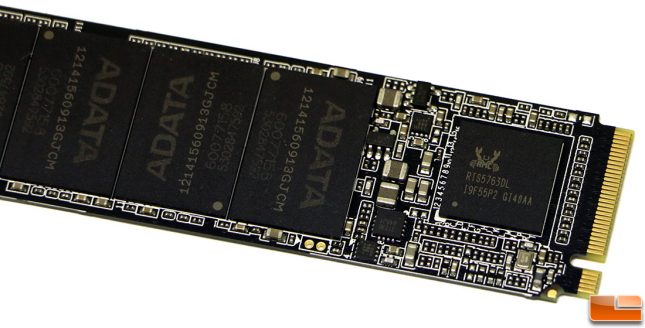 We fired up the ADATA SSD Toolbox and couldn’t find any firmware updates for this drive. This utility is free and makes obtaining disk information easy. 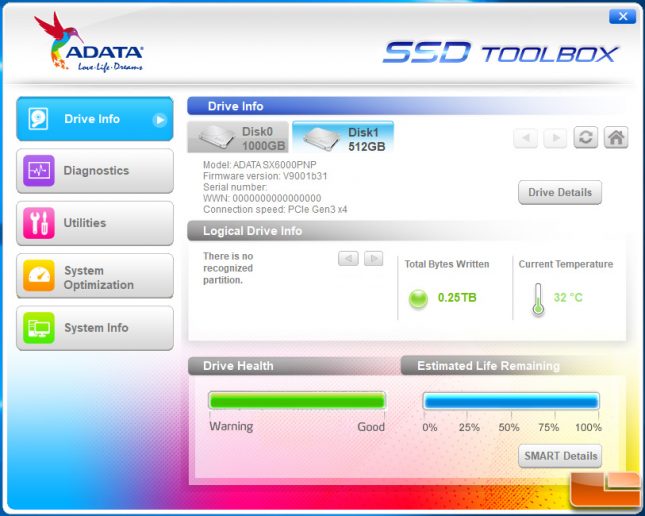