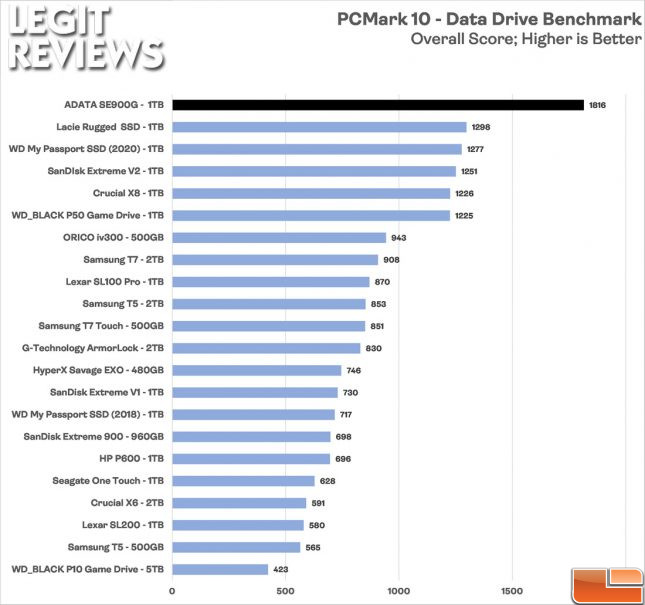 On the PCMark 10 data drive benchmark the ADATA SE900G 1TB encrypted portable SSD finished with an overall score of 1816 points. That puts is miles ahead of the nearest competitor. We re-did this test many times as it was so much faster than any other USB drive. 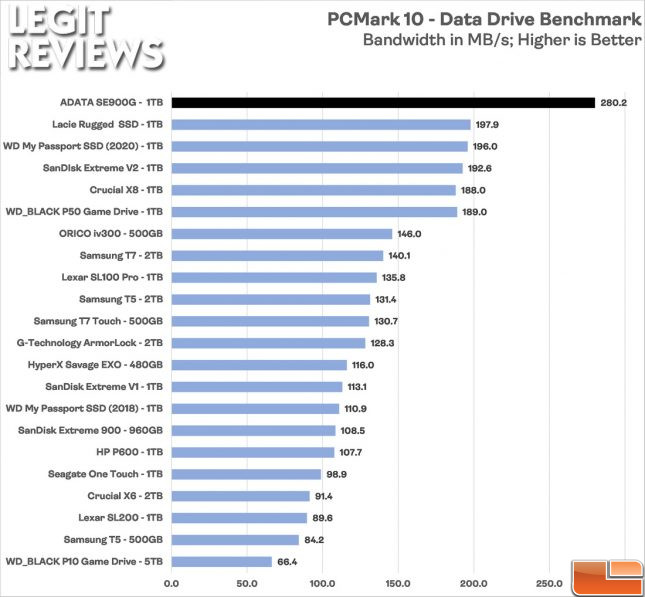 The PCMark 10 Storage Benchmarks overall score is calculated from the bandwidth and average access time sub-scores. The bandwidth subtest is defined by UL in PCMark 10 as bandwidth = bytes / busy_time_for_read_and_write. The results here showed that the SE900G RGB External Drive averaged 280.2 MB/s during this trace test. 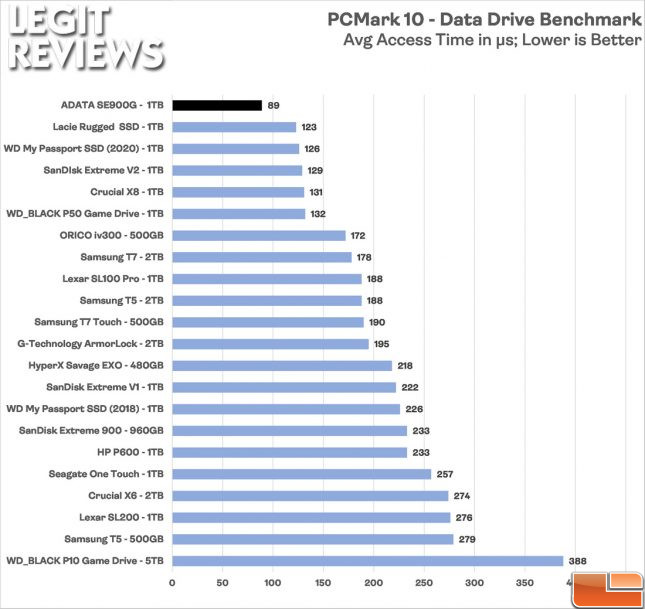