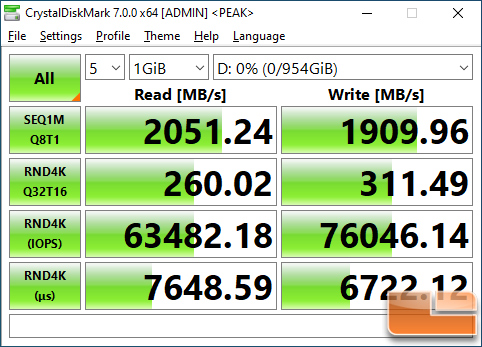 Benchmark Results: The ADATA SE900G 1TB Portable SSD topped out at 2051.24 MB/s read and 1909.96 MB/s write. ADATA rates this drive as being up to 2000 MB/s for both read and write speeds and we are very close to that on CrystalDiskMark. 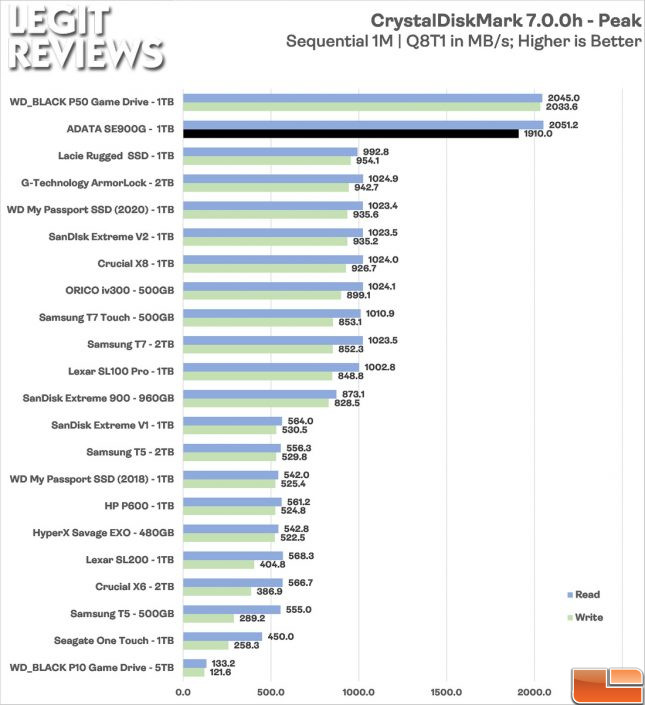 Benchmark Results: When compared to the other leading portable SSDs on the market right now, the ADATA SE900G is faster than most of the USB external drives that we have tested on this AMD X570 test platform. 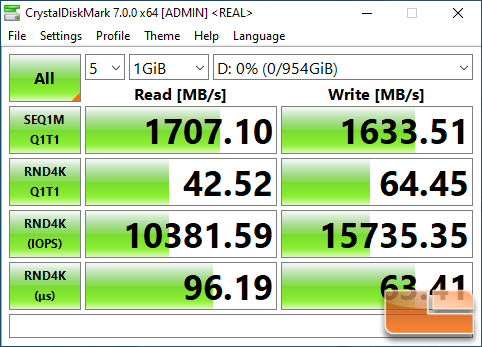 Benchmark Results: With the queue depth lowered to just one the performance went down a bit and we topped out at 1,707.10 MB/s read and 1,633.51 MB/s write. This is is a bit more realistic than testing a portable drive at a queue depth of 8. 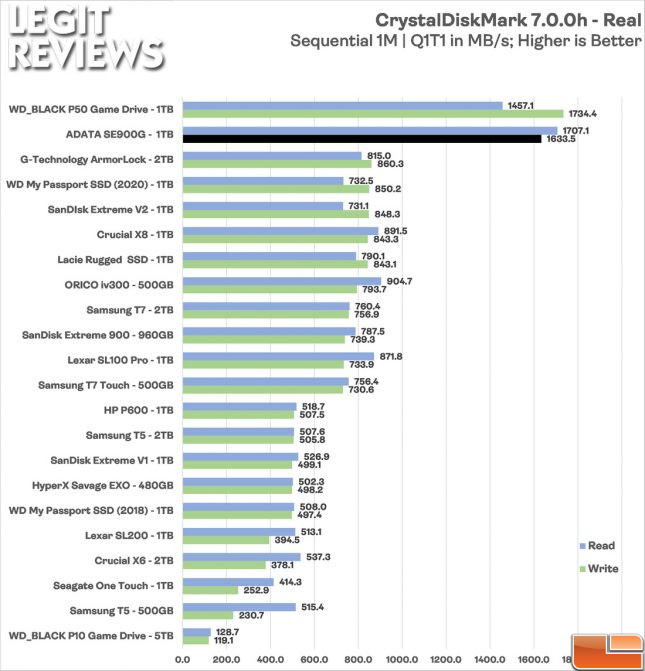 Benchmark Results: Almost all of the drives get less performance at QD1 and this is expected. The ADATA SE900G has the fastest read speeds of any portable SSD that we have tested and was just behind the write speed of the WD_BLACK P50 game drive. 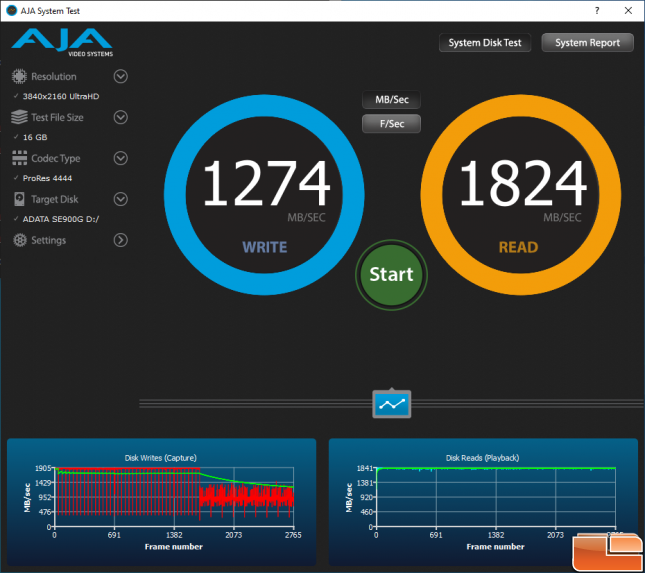 Benchmark Results: The AJA System Test results showed the ADATA SE900G 1TB external drive was capable of averaging 1824 MB/s read and 1274 MB/s write. The capture performance dropped off after about 10GB of writes, but the end result was still very impressive for a portable SSD. 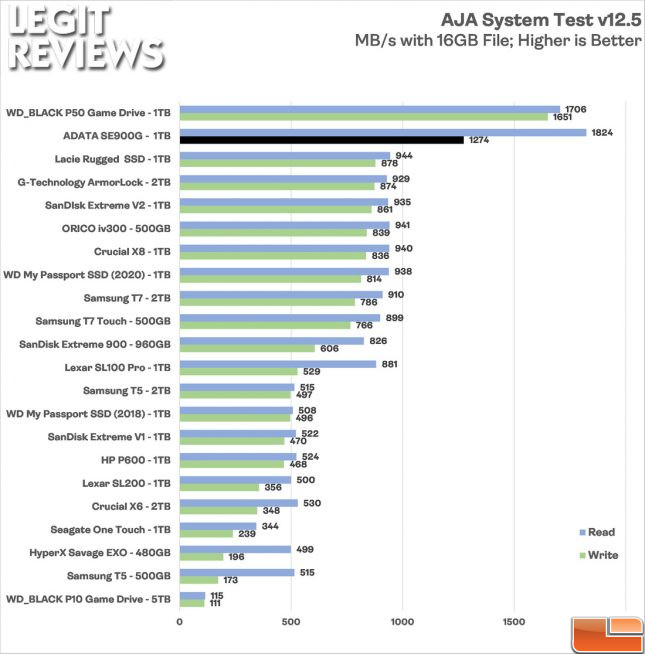 Benchmark Results: The ADATA SE900G 1TB had the fastest read speeds and second fastest write speeds of any portable SSD that we have ever tested on AJA System Test! 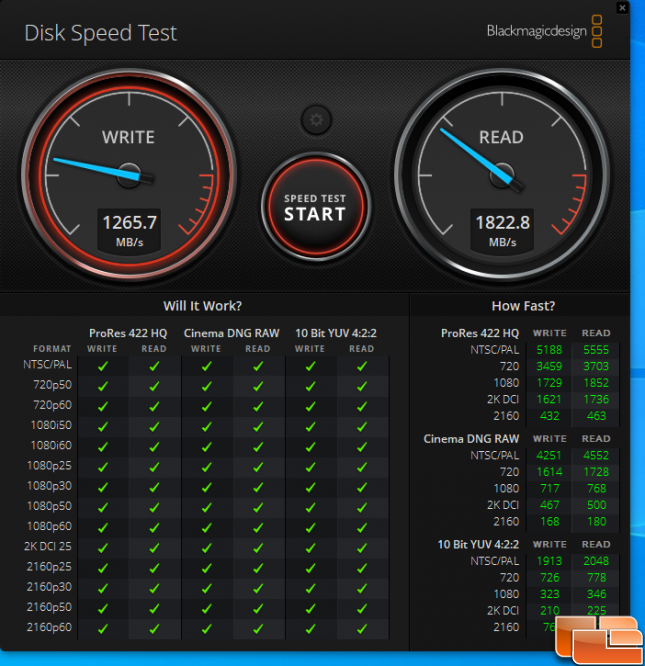 Benchmark Results: The ADATA SD900G 1TB drive topped out at around 1823 MB/s read and 1266 MB/s write on Disk Speed Test by Blackmagic. These scores are high enough to get passing scores in every format that Blackmagicdesign tests for!