After hours and hours of testing, here is the break down of power supplies that failed, showed signs of instability, and passed our strenuous test configurations. While your experience may be different, these conclusions were based off testing done on real enthusiast systems. 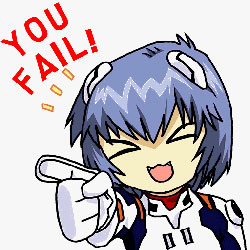 The Thermaltake ToughPower 550W flat out failed our testing. The ToughPower 550 was doomed from the start as it lacks the now popular 8-pin +12V power connector that is found on nearly all enthusiast motherboards.  Thermaltake sent out another power supply and the second power supply also failed to power on the Intel test system.  Thermaltake mentioned to us that the ToughPower 550 is the only ToughPower power supply that is based on the older ATX 12V 2.0 standards, while all of the other ToughPower power supplies are built on the ATX 12V 2.2 standard. The ToughPower 550 W0096 is ATI certified for up to X1800 graphics cards, but the power supplies Thermaltake sent us were the ToughPower W0097 models that do not have Active PFC. Remember the W0096 is ATI Certified and the W0097 is not!  It was no shocker when our X1900 Crossfire testing platform failed to boot. When it came to the AMD system it would idle fine, but when running under load, the system consistently restarted itself in 3dMark06. We were able to go ahead and show the voltages for the AMD/SLI configuration, but no matter how many times we ran the load tests, the system crashed. We did determine that this unit was able to pass our testing without water cooling, but since water cooling is becoming more popular, it was essential in our testing to properly stress these power supplies. The Thermaltake ToughPower 550 is a solid mainstream power supply, but being based on older ATX 12V 2.0 standards and lacking the required cables to run high end motherboards this power supply can’t hang with the others in the group. 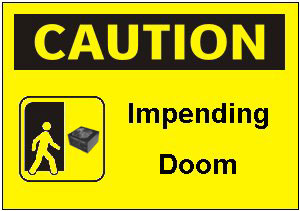 Legit Reviews looked at the AeroCool Zerodba 620W PSU many months ago on a mainstream Intel test system and the power supply faired nicely.  We took the Zerodba back out of the hardware closet since it was advertised as SLI and Crossfire Ready on the retail packaging according to Aerocool. We wanted to re-run this PSU to note how a PSU that shined on an average, mainstream system handled a top of the line system that would push any PSU to its limits. As noticed in the stability charts, the AeroCool Zerodba 620W PSU showed consistently low voltages on the 5V and 12V rails. When the system was under load, we could easily notice the system fans loosing RPMs due to the low voltages when the system was under full load. Benchmarking scores also decreased as the system was drained for power and not running with enough power. Because of these low voltages and the resulting decreased performance, we can not recommend this unit for high-end enthusiast systems. The Aerocool Zerodba 620W power supply gets a caution because it ran without crashing on all of our systems, but failed to perform at 100%.

This is our first time to look at any products for Ultra and unfortunately for them the Ultra X-Connect X2 550W PSU landed in the caution zone. The Ultra X-Connect X2 550W power supply was by far the easiest on the eyes and looked the best in the case thanks to the lights, windows and the modular design. Once we got done looking at the beautiful power supply and started to run some benchmarks the good looks couldn’t hide the quality of the inside. The idle voltages were fine, but when this unit was under load, the 12V rails dropped down to 11.2V, which is an unsatisfactory level. We could again hear a sound difference in the system fans when the system was under load and system performance took a hit. Just like the Aerocool Zerodba the Ultra X-Connect X2 550W power supply never crashed either of our test systems, but couldn’t hang with the others in the tresting group.

All of the other PSUs handled our strenuous conditions with satisfactory or higher results. There were a few units to comment on and all are approved to power your ultimate gaming systems.

The Antec NeoHE 550W is rated as “ATI Certified” for a pair of X1900’s and “SLI ready” by NVIDIA, but not for a pair GeForce 7800 GTX 512’s.  Since ATI’s X1900’s consume more power than GeForce 7800’s and 7900’s it left us scratching our heads as to why NVIDIA didn’t pass the NeoHE 550 for all of their graphics cards. With some doubt going into testing about the Antec Neo HE 550 we found that the power supply performed better than expected. Even though the Antec NeoHE is only 550W, it was able to handle our power hungry hardware with very impressive stability. This power supply featured Active PFC with an efficiency rating of up to 85%, which is the reason this power supply was the third most efficient of the group. Being the second lowest in price the Antec Neo HE 550W power supply is really the price versus performance winner when it comes to this group of eight power supplies.  The only word of caution is that we were cranking out 485W during peak load, so while this unit has a little head room before its theoretical limit of 550W, we will not be able to add too much more hardware before this little soldier reaches its limits.

The Thermaltake ToughPower 750W was sent to us after the Toughpower 550W power supply couldn’t pass our testing.  The differences between the 550W and the 750W might not look like much on the outside, but during use the difference was night and day.  The ToughPower 750W was found to be a very solid, stable, and efficient power supply.  It actually was the most efficient power supply in the group by placing first in both the Intel and AMD load testing. The ToughPower 750W had pretty solid voltage rails, but the voltage rails did dip below 12V and 3.3V during some of the testing, which is in the rated +/- 3% tolerance. The ToughPower 750W also comes with the highest mean time between failure (MTBF) rating at 120,000 hours, which is much longer than the 80,000 hour rating on the Antec Neo HE 550 that also passed our testing. Also, knowing that you have 700W+ in your system for whenever you might need it, gives a little piece of mind that you do not have to worry about another power supply upgrade for some time not to mention that you are actually saving money on your electric bill due to the efficienct on the ToughPower 750W.  Over the years the power saving will help cover the price premium of a quality PSU.

As you can tell when, buying a power supply you need to look at more than voltage rails and which ones are approved by ATI and NVIDIA.  Hopefully, after reading this article system integrators and consumers can skip the problems associated with some of todays popular power supply and buy a power supply that wont cause them issues down the road.  Remember, the power supply is the heart of your system and if you don’t have steady power, your system will crash and your performance will negativley impacted as a result of power issues. For now, be sure to avoid the power supplies that were in the fail and caution categories and you’ll thank us in the long run. With that said, DirectX 10 video cards are rumored to range in power consumption from 130W up to 300W per card, but at the same time, processors like Intel’s upcoming Core 2 Duo (Conroe) use less power. Not to pick on ATI’s upcoming R600 GPU, but our sources say even at 80nm these cards are going to be on the higher side of the rumored power consumption range! Our advice for those buying systems in the upcoming months is to look at the approved power supplies listed above.

After having this article written for a couple of days and looking back at it before it is to be published we feel that we have learned quite a bit from doing this 8-way power supply round-up. Not many people that worked with us on this article expected a 750W power supply to consume less energy than a 550W model and to be honest it doesn’t make sense when you look at the “Total Power” rating alone. Hopefully after reading this article you walk away with something positive and are now a better informed consumer.

From our testing experience during this review, we have found the 4 main items to look for when purchasing a power supply to be: Stability, Consumption Efficiency,  Future Use, and then Price. We found the PSU that excels in all four of these categories to be the OCZ GameXStream 700W. It is because of this that we gladly award the OCZ GameXStream 700W Power Supply the Legit Reviews Editor’s Choice!