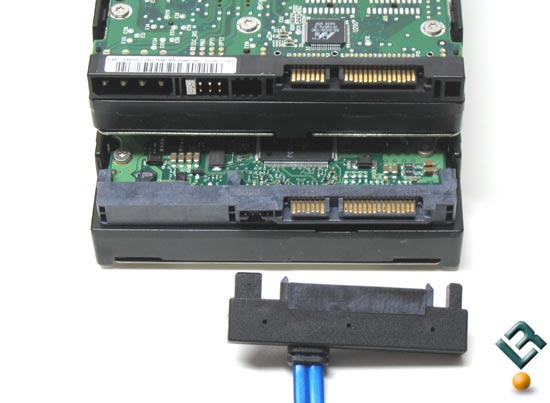 With the growing DIY market first time system builders may look over the little details that make a system rock solid. Products like the Western Digital SecureConnect are no longer being marketed, so you don’t find review sites talking about them, but they make a huge difference. Since more and more critical data is being plaved on hard drives the last thing you want to do is break your SATA connector off. The WD SecureConnect can be found for under $8 plus shipping, which is cheap insurance if you ask us.

The difference is obvious and in closing let me leave you with this image:

Which do you want plugged into your hard drive?

Legit Bottom Line: The Western Digital SecureConnect Serial ATA Cable strengthens the drive-to-cable connection preventing the connection to break off causing the inability to access the data stored on the hard drive.