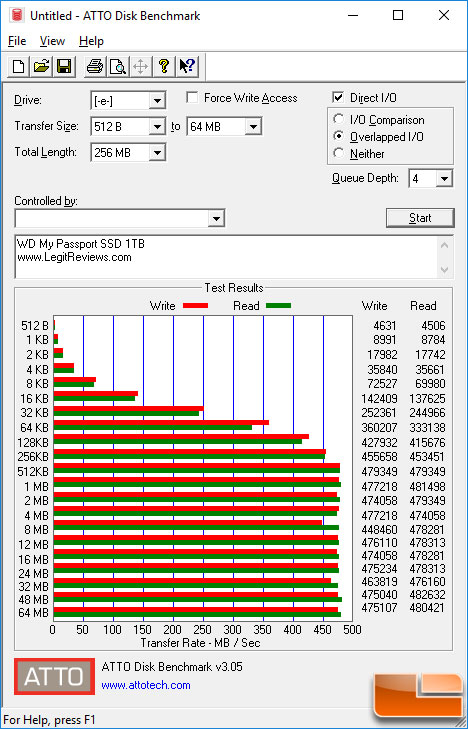 ATTO Disk Benchmark showed that we were getting up to 483 MB/s read and 479 MB/s write speeds as well, so it looks like the WD My Passport SSD 1TB portable drive has some solid performance numbers. 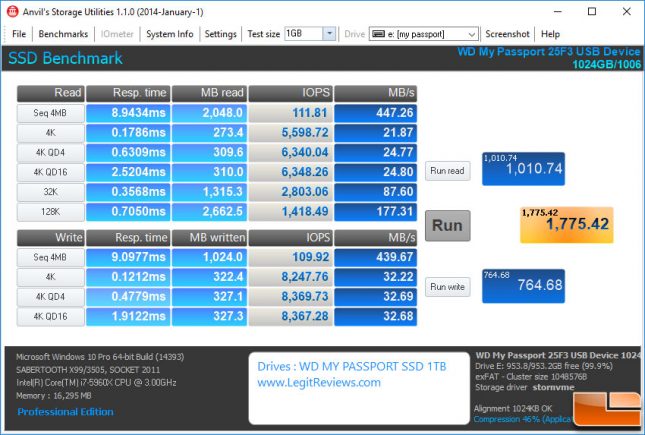 With the applicactions preset in Anvil’s Storage Utilities we found sequential speeds of up to 447 MB/s Read and 440 MB/s Write! 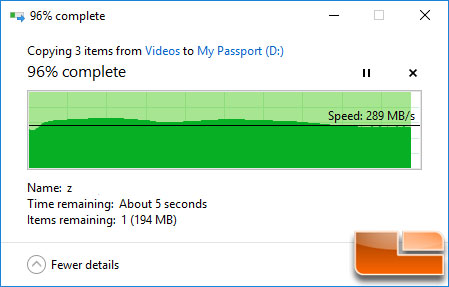 We wanted to do some real world file transfers, so we copied over few MKV Full-HD movie that added up to almost 6GB. During the transfer we found that we were getting around 285-340 MB/s on average when the data was being written to the My Passport SSD 1TB drive. Real world performance is going to be lower than the peak numbers shown in the ATTO and CrystalDiskMark benchmarks, but it still isn’t bad!