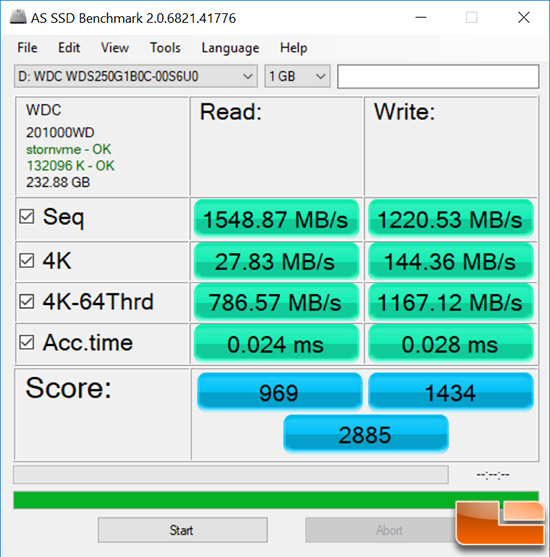 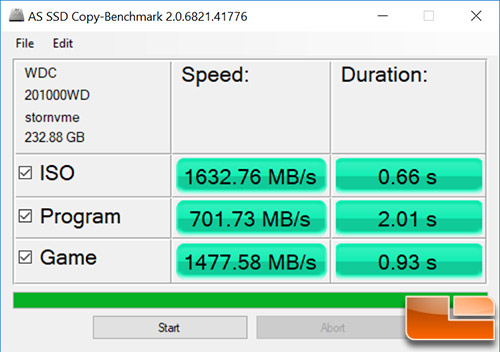 Benchmark Results: Here we speeds ranging from 701 MB/s in the Program workload to 1632 MB/s in the ISO workload, which is very respectable for a mainstream NVMe SSD aimed at budget-conscious buyers. 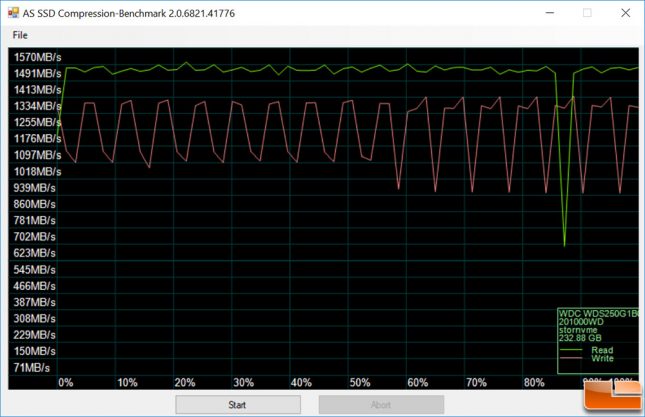 Benchmark Results: For this benchmark chart you would ideally want to see a straight line as you dont want any compression performance loss as the test goes from 0% compressible to 100% compressible data during the benchmark test period. The WD SN500 250GB drive has some dips on both sides as you can see.

AJA System Test shows disk performance for those wanting to evaluate your PCIe bandwidth to determine if your system configuration can support various data rates to PCIe-based I/O devices. With larger image formats, PCIe performance is becoming more critical and AJA System Test gives you visibility into your systems performance throughout the entire image delivery pipeline 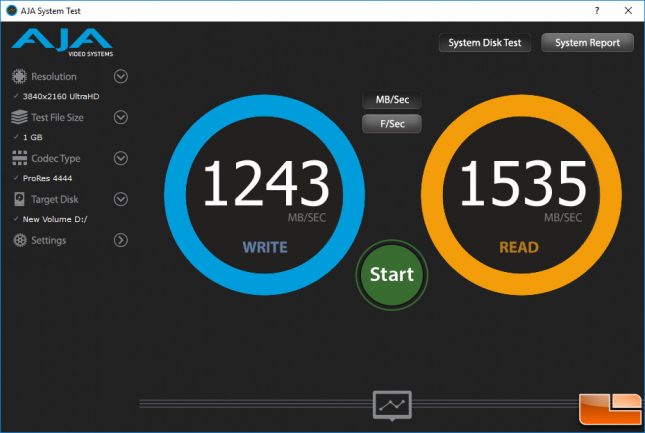